The Spanish markets are well supplied with cherries this year. In general, the product has not been affected by the frosts this spring, which have taken a toll on the production of other stone fruit species.

"We started marketing the first cherries in mid-May and we have already sold between 25 and 30% of this year's production," says Sergio Alonso, from the sales department of the Cosanse cooperative, based in the municipality of La Almunia de Doña Godina, Zaragoza. "Fortunately, the cherry plantations have not been damaged by the frosts in this area and we are starting with a good harvest, following two difficult seasons with harvests reduced by the impact of the weather." 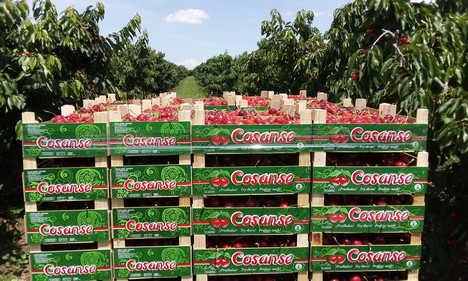 The first weeks of the season were marked by the rains. There wasn't a very high demand and starting prices were lower than at the same time of the previous year. "Early varieties, such as the Burlat, were somewhat affected in terms of quality by the rains. At that time, many of the supermarket chains had not yet started their cherry programs and the weather was also bad, which is not ideal to encourage the consumption of this fruit. All this meant that there was not much interest in cherries and the price was not very good in the first 10 days of the season," he says. 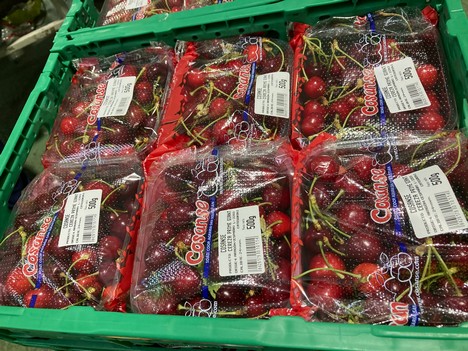 "After this period, with the improvement of the weather, the marketing of more turgid varieties and supermarkets already having cherries on their shelves, sales have picked up, although the price has not improved much. We hope that the rains announced for the coming days won't affect the quality of the product, which is very sensitive to excess moisture," he says. 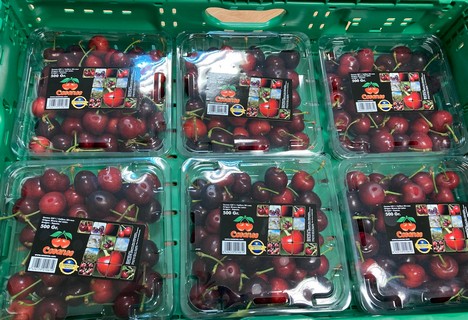 Since the beginning of the season, and unlike in the previous year, the domestic market has had a full supply of cherries, with competition between the different Spanish producing areas. "We have competed strongly with Jerte cherries, which arrived earlier this year and have been present in many places. I don't think there will be any product shortages in the Spanish market for the rest of the season," says Sergio Alonso. 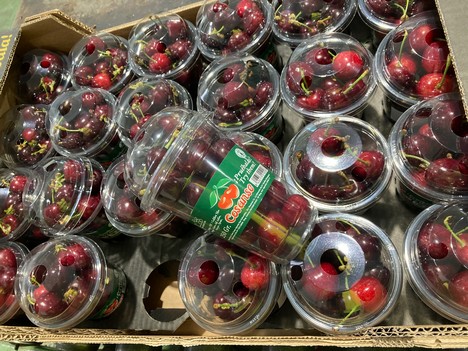 "Although the production in France has been affected by the frosts, we are not yet seeing much demand from this country, which consumes a lot of cherries. It is possible that the demand for Spanish cherries for export will be reactivated in the coming weeks, but the domestic market will continue to be well-supplied," he says.

According to the sales manager of this cooperative from Zaragoza, the export markets tend to prefer packaged formats, especially punnets "Consumers seem to prefer the packaged products, as they are less exposed to touching on the shelves. They are also more affordable formats, since the fruit's size is smaller." 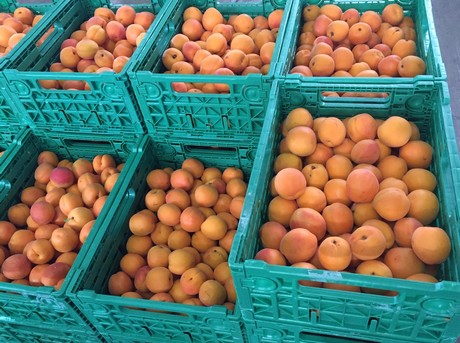 Apricot and nectarine production falls by between 30 and 40%
Cosanse will soon start harvesting the first apricots, whose plantations have been damaged by frost, so, as in the case of nectarines, between 30 and 40% of the harvest has been lost. For other stone fruit species, such as plums, peaches and flat peaches, a normal harvest is expected.

"The data we have on the European apricot production reveals that there is a great shortage of volumes this year, so we expect a good demand. We will see what prices consumers are willing to pay for this product," says Sergio Alonso.