The peach and nectarine harvest forecasts for the four main growing countries Greece, Spain, Italy and France were presented yesterday during the third and final medFEL webinar.

Already suffering from a crop shortage, the 2020 European harvest is expected to be the smallest in the last 30 years. 2020 was marked by the COVID crisis and a yield deficit of almost 2.3 million tonnes of peaches, flat peaches and nectarines; 750,000 tonnes compared to 850,000 tonnes in 2019 for pavia (yellow peaches), i.e. a total of just over 3 million tonnes. 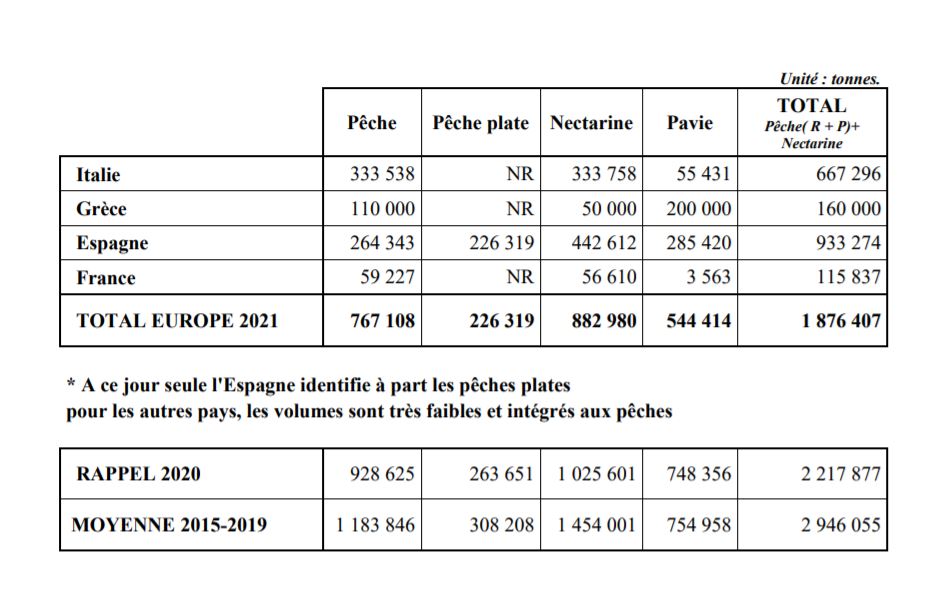 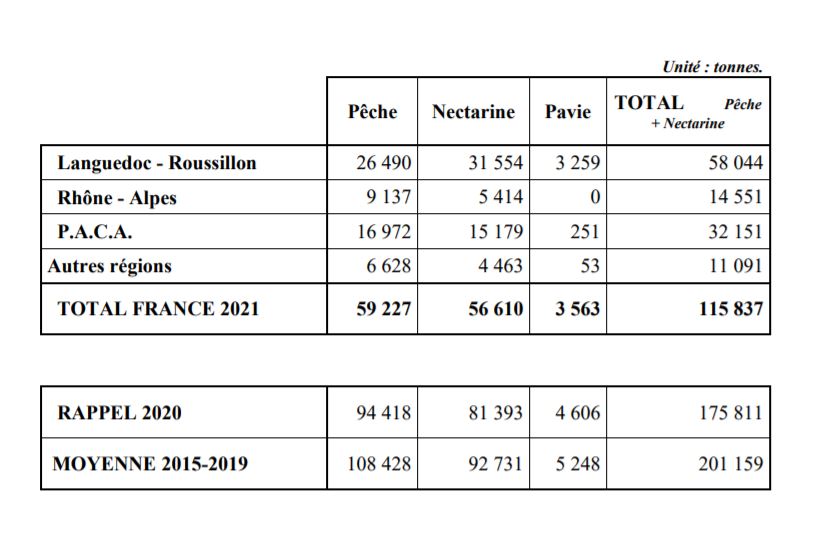 Italy
In 2020, the frosts of late March and early April affected the crop. The northern regions of Italy were particularly affected, as well as the central-southern regions along the Adriatic coast. The result was a historically low Italian harvest in 2020 with just over 750,000 tonnes of peaches and nectarines, i.e. -35% compared to 2019, with a particularly pronounced deficit in Emilia-Romagna with almost 75% losses. This year it is once again the frost that has affected all cultivation areas, from north to south. The harvest forecast is even lower at 667,000 tonnes, which is 11% lower than in 2020, which was already a very bad year, and 45% lower than the 2015/2019 average. The difference with 2020 seems limited, but it should not be forgotten that 2020 was already a record year in terms of small harvests in Italy. 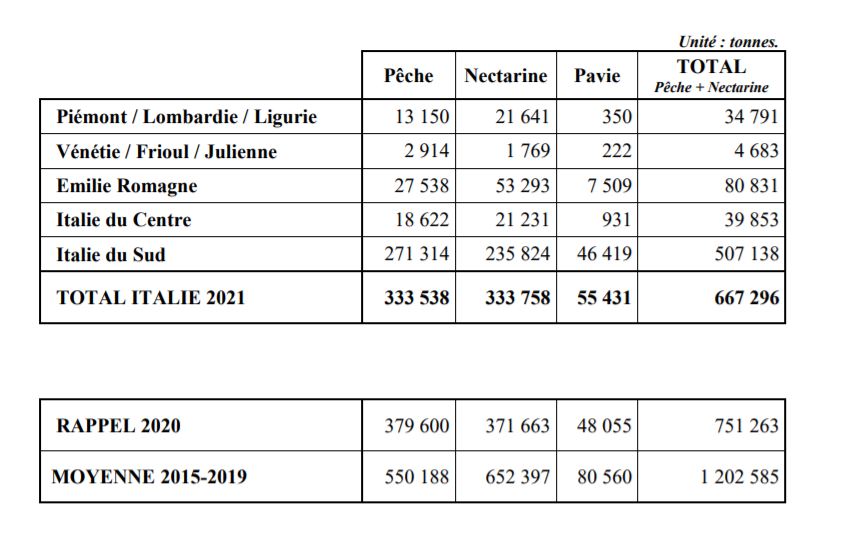 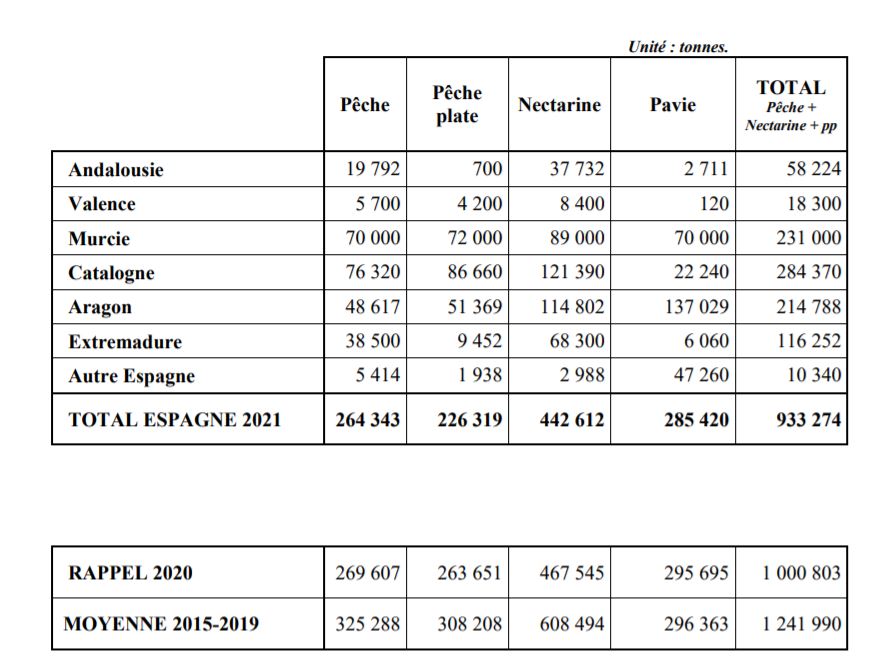 The 2021 season therefore seems very low compared to the harvest potential and to previous years. However, we will have to remain vigilant for further developments and calendars, but it is certain that there will be a shortage of supply this year.

Click here to watch the repeat of the webinar.