On Tuesday 4 May, the first webinar * of the medFEL took place, concerning European apricot harvest estimates, based on the production of the 4 main growing countries and realised thanks to the partnership established with the local structures of the different countries.

A look back at the European stone fruit season 2020
A complicated year for many countries due to weather conditions, such as lack of cold in winter, frost, rain and hail, which have affected most growing areas. 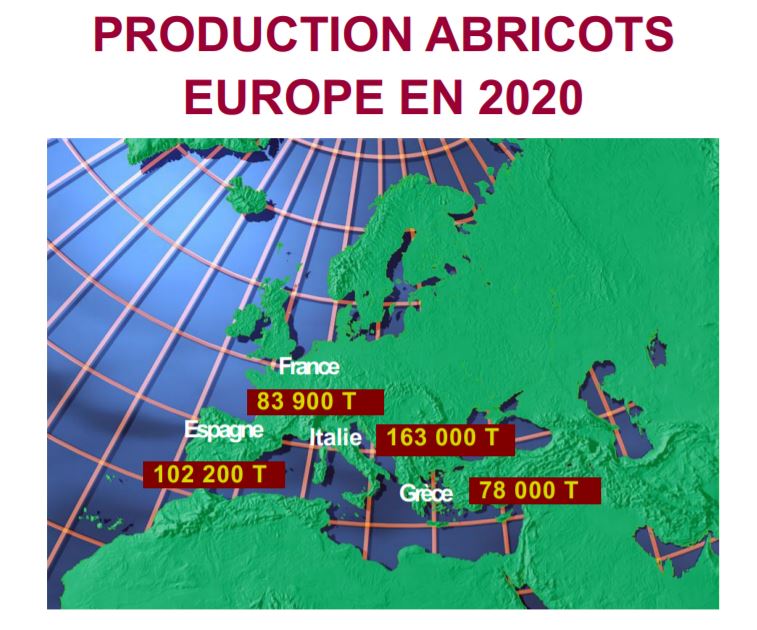 Greece
A fairly satisfying season in 2020 for growers, despite the lack of production due to the cold and frost in the spring; with a harvest of 78,000 tonnes last year compared to 100,000 to 105,000 tonnes in a normal year. A production shortage of 20% with good prices. 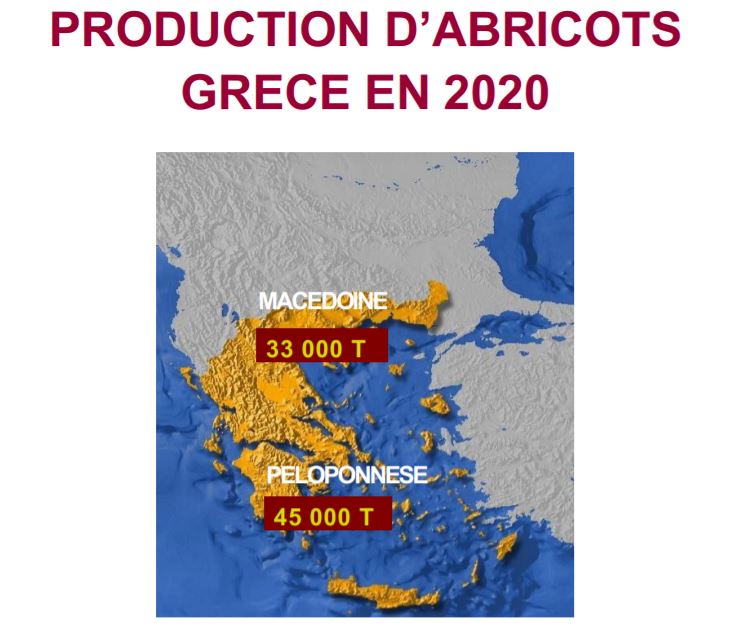 Italy
Italy had to make do with 50% less yield compared to 2019 (163,000 tonnes). Emilia-Romagna, one of the largest producing regions, was hit very hard with a harvest of 13,000 tonnes on a potential of about 100,000 tonnes, a loss of almost 90% in the north of Italy compared to 2019. The south of the country, which was also hit by frost, fared slightly better but still suffered losses of 20-30% depending on the region.

Spain
Spain had a positive season in 2020 despite the frost, with results higher than 2018/19. Murcia, Spain's largest autonomous apricot-growing community, has seen strong development in the renewal of varieties, with varieties destined for industry gradually disappearing in favour of varieties destined for the consumer market. There has also been a development in cultivation in the north, with the arrival of new orchards of late varieties in Catalonia and Aragon to replace the production in Murcia. 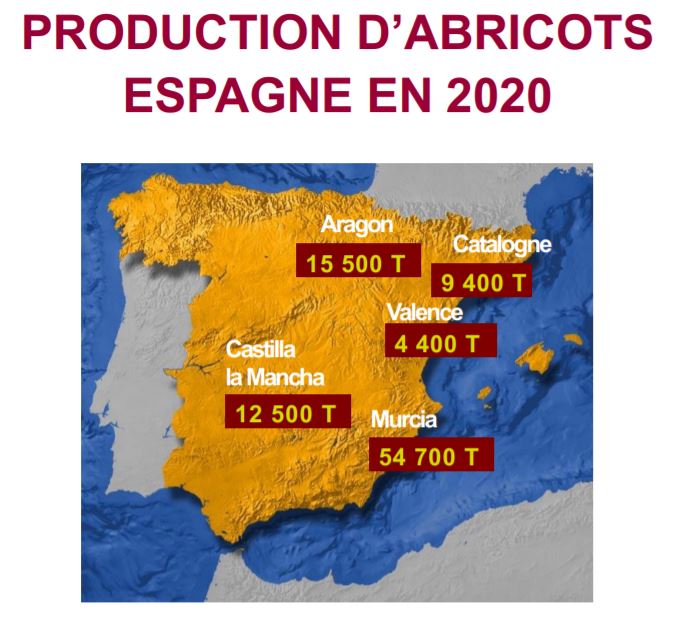 France
France had a production deficit in 2020, as did the whole of Europe, due to the bad weather conditions: too mild temperatures in winter with frost in the spring and exceptional rainfall in May, as well as hail in some areas.

A fluid market for most of the summer and production that was halted prematurely in early August. Good selling prices, but insufficient to balance and offset some growers' losses of up to 50%.

A quality product, however, thanks to a low yield and the approach of the quality plan for apricots undertaken with the PDO over the last 3 years: work to measure the quality in the orchard with a program for future instruments, in particular infrared, and the application of a quality indicator for apricots in the packing stations as introduced in the product specification of the "eco-responsible orchards". 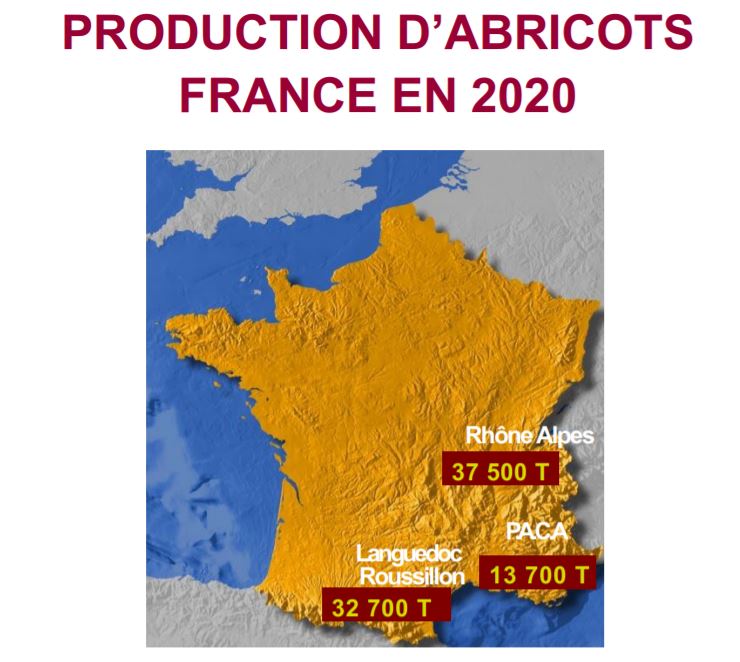 Spain
The Spanish estimates are lower than the average and than last year's harvest due to the frost at the end of March / beginning of April. This is the third year that the country has been in deficit. 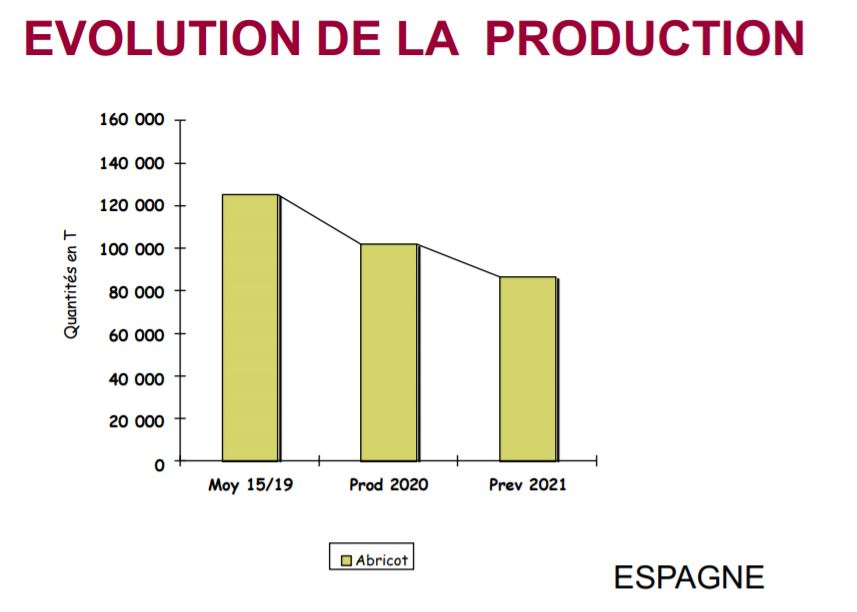 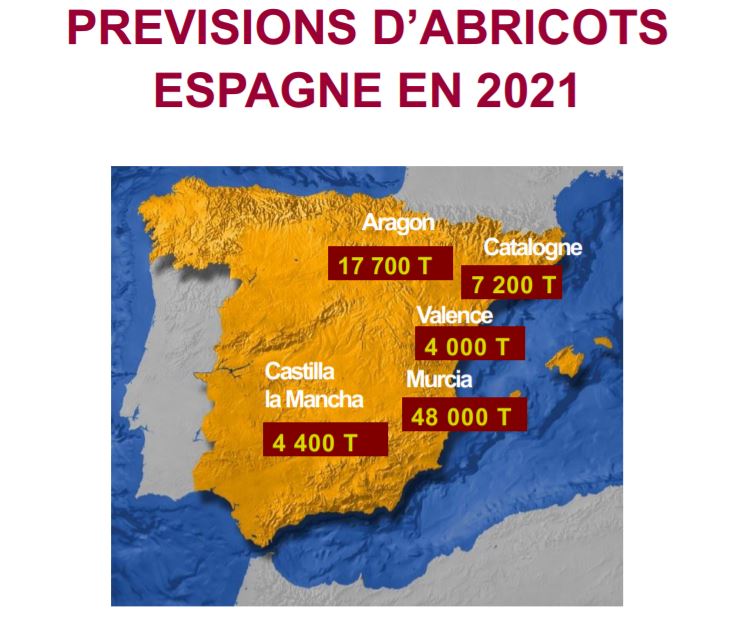 In Greece too, there is a lot of damage due to frost; the harvest is expected to be 50% or 55,000 tonnes lower than normal (110 / 120,000 tonnes). Developments in the orchards where the number of apricot trees increases sharply every year, but decreases in 2021: diversification of the crops with new varieties and especially late varieties, and a tendency towards more productive self-fertilizing varieties that behave better.

The Greek apricots are mainly intended for the Western and Eastern European markets. 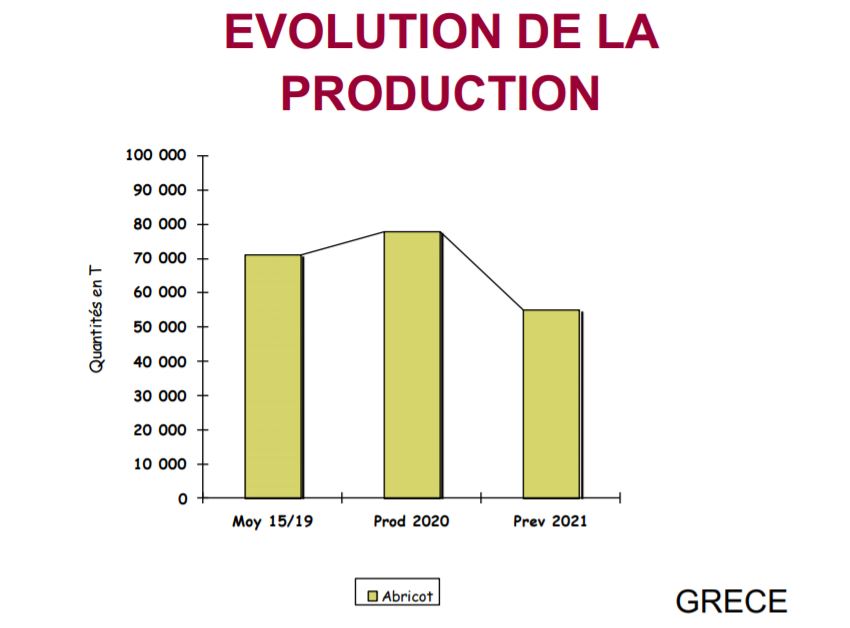 There are large differences between the areas in the valleys and those in the hills, with more damage reported in the valleys. There was also damage in Veneto and Piedmont and in the south of the country with 30% less crop in Campania and 40% less in Puglia compared to 2019. 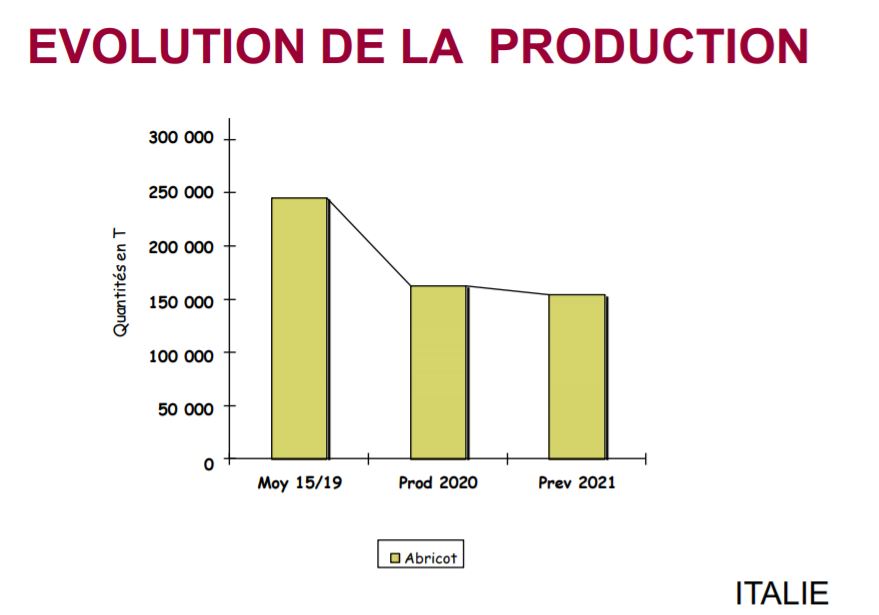 France
Apricot production in 2021 got off to a good start, but the cold snap and particularly the night of 7 to 8 April with temperatures as low as -8 degrees in the north of the Rhone Valley, have caused enormous damage, despite the actions of the growers. Even in areas where it usually does not freeze, temperatures were 3 to 4 degrees below zero. A wave of frost came after a rather mild month of March which meant fruits had already formed. The 2021 harvest will be one of the smallest of the last 30 years; no cultivation area has been spared.

However, Nathalie Bonnet believes we should remain cautious with the June crop forecasts, which are likely to be less affected, and also pointed out the need to improve the means to combat cold and hail in the face of climate change, which could lead to the emergence of "false springs" that make trees more vulnerable to frost. 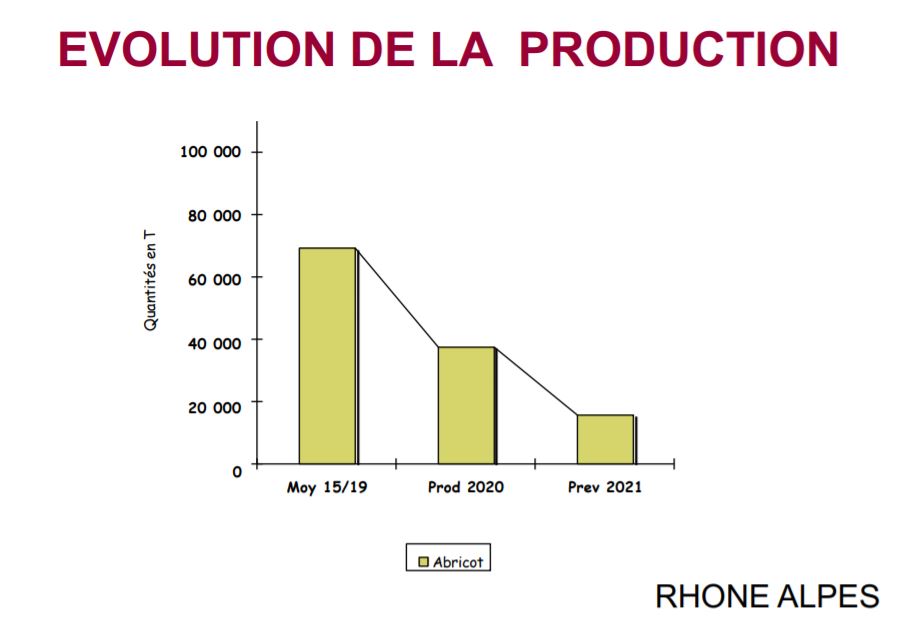 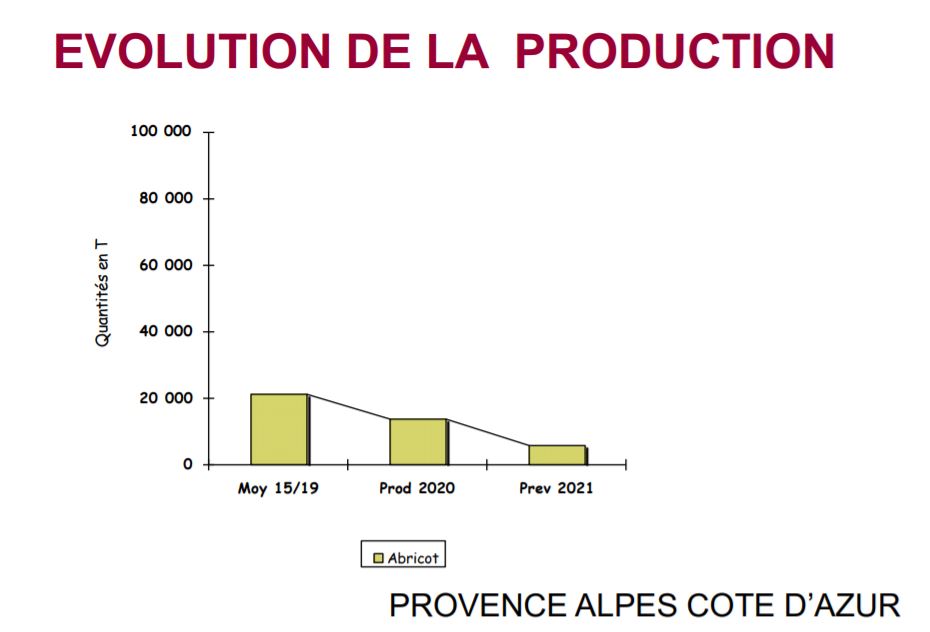 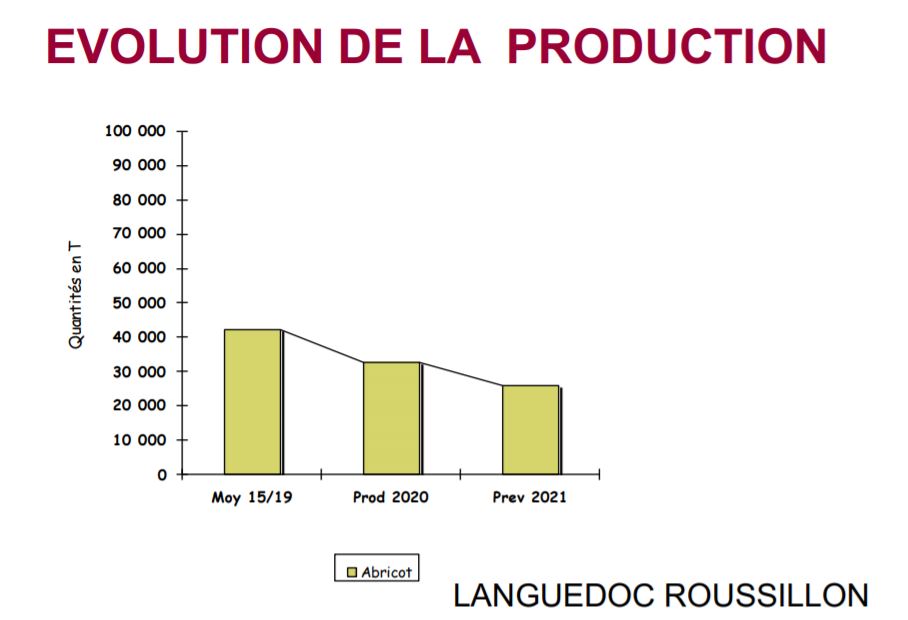 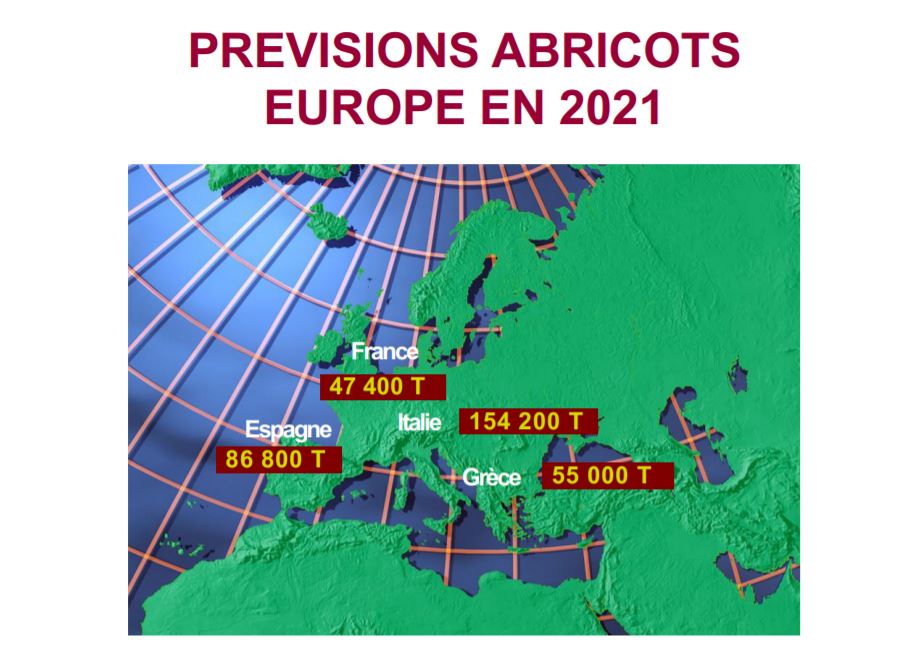 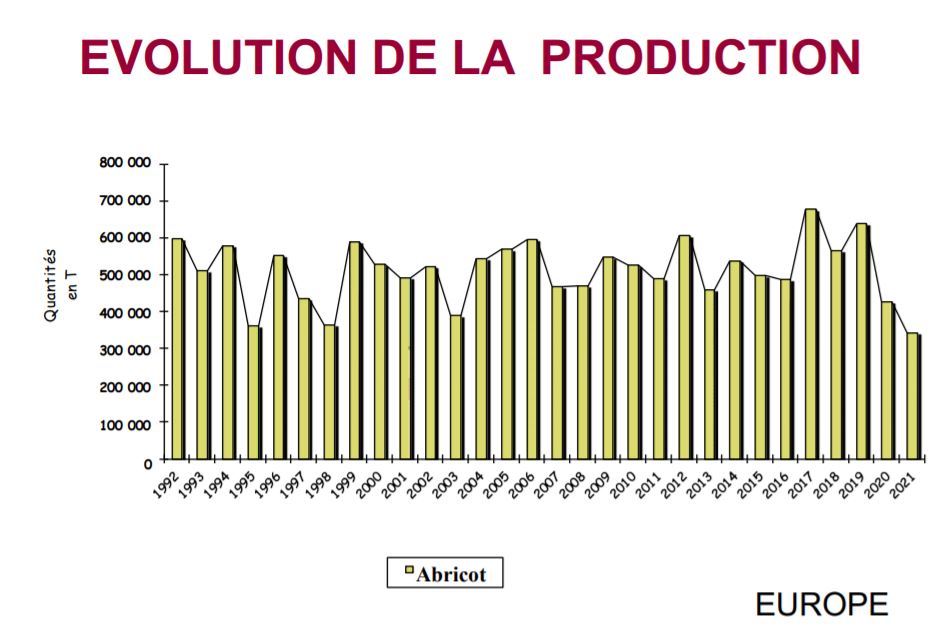 The webinar will be available on the medFEL website starting next Thursday.

* A webinar led by Eric Hostalnou, Head of the Fruits and Vegetables Department of the Pyrénées-Orientales Chamber of Agriculture, with Nathalie Bonnet, from the Domaine des Coteaux on behalf of the French PDO peaches and apricots, Santiago Vazquez from the Federation of Spanish Agri-food Co-operatives, Elisa Macchi, Director of the Centro Servizi Ortofrutticoli of Ferrara (CSO) and finally Georges Kantzios, of the ASEPOP Cooperative for Greece.