It is reported that banana exporters in the Philippines are struggling due to rising logistics costs and delays in transportation, leading to a fall of the overall profit of at least 15%. 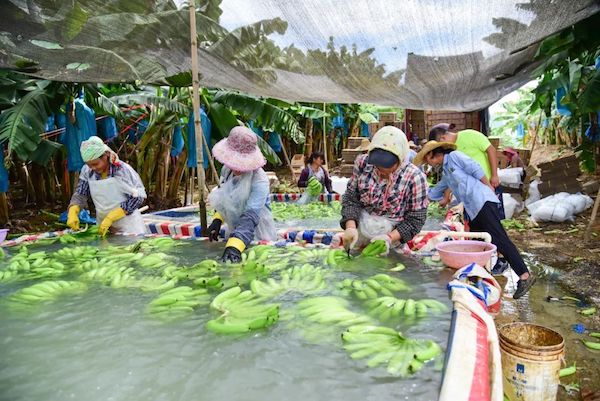 He pointed out that the industry's profits this year will be cut sharply at a double-digit percentage. "Because the market price is virtually the same as the same period last year, the increase in transportation costs has eroded the already meager profits of all banana exporters." He also pointed out that the increase in freight costs has affected "all banana exporting countries" including producers in Latin America; not only the Philippines.

To make matters worse, the rising cost is accompanied by delays. For example, a journey from Davao to the Middle East which in the past would take 25 days, now takes 30 to 33 days. In terms of gaining market share in the Chinese market, rising freight costs have made it more difficult for the Philippines to compete with its increasingly powerful competitors such as Vietnam and Cambodia. “Vietnam and Cambodia are closer to China and are the least affected by rising freight rates. Now their bananas are even cheaper than ours marketed last year,” Bacani said.

He explained that Vietnam and Cambodia entered the Chinese market in the past few years. Due to lower prices, they have seized a considerable chunk of the market from the Philippines. The average prices are 1.5-2 US dollars per carton lower than products from the Philippines.

However, he pointed out that compared with Vietnamese and Cambodian bananas, the quality and taste of Philippine bananas are better. “In the past, these two countries only accounted for about 10% of China’s imports, and we accounted for 90%. However, since last year they have increased to 40%, eroding our market share. "

Bacani also pointed out that the decline in the country's banana exports, both in value and volume, is "absolutely shocking”. “As an industry, we produced less in 2020 than in 2016. Note that 2016 was an El Niño year and last year was not.”

The latest trade data from the Philippine Statistics Authority (PSA) shows that the country’s banana export volume in January fell by 51% from 384,200 tons a year before to 186,400 tons, the largest decline in banana shipments seen since January 2006. The agency's data also shows that export value in January fell from 159 million U.S. dollars a year before to 85 million U.S. dollars, showing a decrease of 47%. In terms of export value, Japan is still the largest market; in terms of volume, China is the primary export market.