FG Adriaanse and JD Naudé, the managing directors of Adagintech at the Stellenbosch LaunchLab, spend hours discussing what it is that farmers really want of a digital management system in the field and in the packhouse.

“What we've realised is there is fundamental need among farmers to measure their workers' productivity effectively, to compensate and incentivise good workers and move weak ones away or re-train them,” FG says. “Farmers want to stop playing policeman. A packhouse full of unmotivated workers can cost you a lot of money.” 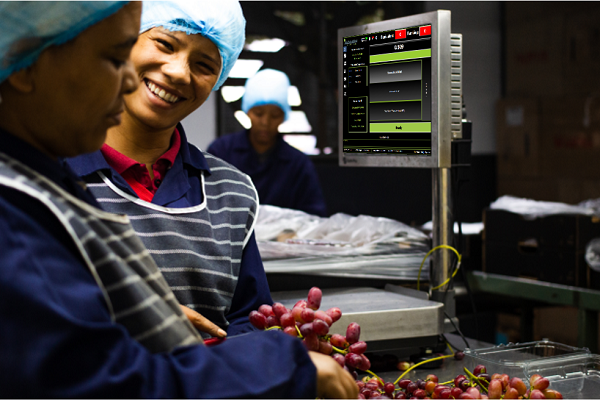 Their primary focus is on the Western Cape, starting with table grapes but they already have a growing number of clients among Egyptian table grape growers using their Smart-Weigh packhouse scales which avoid overpacking of punnets and eliminates waste (Adagintech's solutions are very cost-competitive compared to their European counterparts). More than 80 table grape farmers are already using Smart-Weigh along with some elements of Smart-Trace.

In addition, they learnt that their tracking system is equally effective in the harvesting and packing of stonefruit, citrus and topfruit.

“The Precision Harvesting system fits bin and crate commodities like a glove. Over 250,000 bags of harvested apples have been scanned over the past two weeks and our phones aren't ringing at all for support, only sales enquiries, it's running so well.” 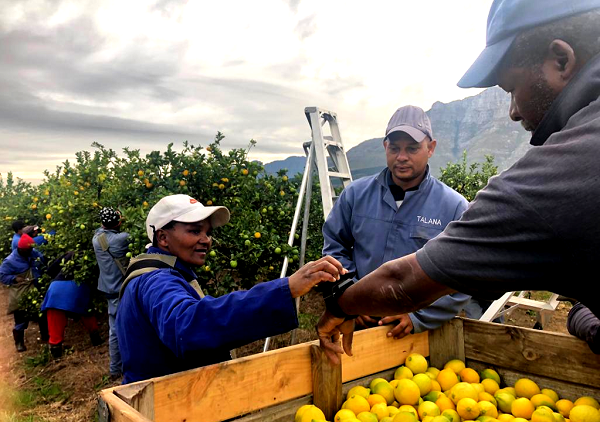 Each picker in a team is uniquely associated with every full bag that they harvested. In this way, FG says, there's individual accountability in the orchard for sub-productive workers.

Harvesting can be monitored according to crates or bins. “Crate harvesting is very capital-intensive because every crate needs a tag and every picker needs a scanner. Some farmers regard the capital outlay that it necessitates as worth it, not only because they can monitor each worker's productivity but it also delivers valuable information about individual plant health that can be related to lifecycle and profitability as well as indicating remedial treatment for disease or nutrients," FG explains.

"Bin harvesting requires a tag per picker and one scanner per team, with as many workers in a team as desired, making it much more cost-effective, but with lower definition.” 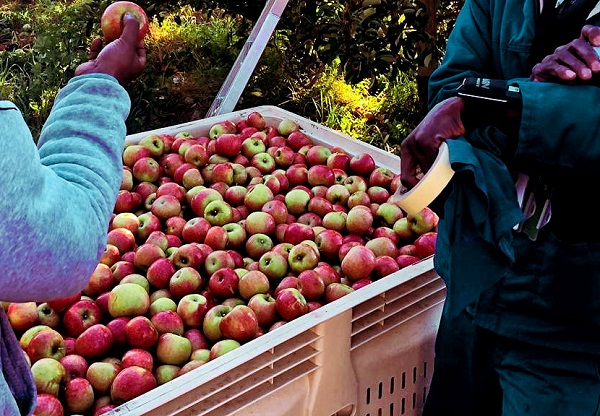 A crate or a bin has to follow a predetermined cycle of being scanned in the orchard, then into the packstore, and back to the orchard. Any deviation from the process flags a picker who may be attempting to scan someone else’s crate in order to manipulate the system.

The location and time of the tap is also recorded, creating heat maps for orchard yields in which weak spots can finally be quantified in terms of lower number of bins scanned in certain areas.

Initially, in grape packhouses using their Smart-Weigh scale they realised some workers had found a way to re-weigh the same punnet multiple times to push up their productivity statistics. 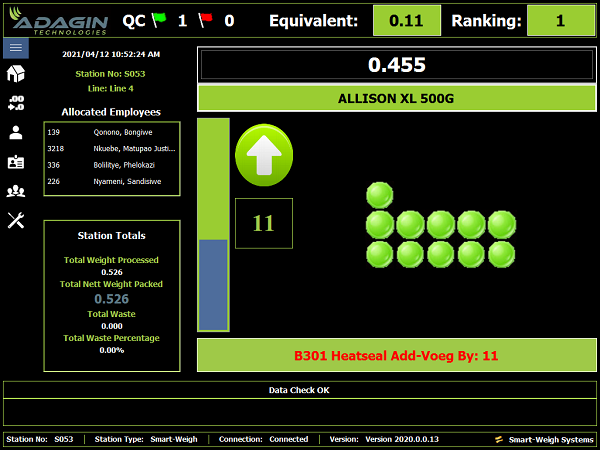 The Smart-Weigh interface, indicating that eleven more berries of Allison grapes are needed to fill the punnet to exactly the right weight; the scale is calibrated according to the grape cultivar being packed

They have since eliminated this shortcut by the Smart-Trace system: each carton's unique QR-sticker is scanned to measure the packer productivity.

At a Limpopo grape packhouse where Smart-Trace was installed, the number of scans indicated only a one to two percent discrepancy between what was scanned and what was packed during the past season; at some packhouses there is up to a 40% variance without the Smart-Trace system, FG notes.

Incentives for increased performance
He adds that it aids in assigning piece-work on a credible basis; one client told them approvingly they were able to pay R350,000 (20,000 euros) more in bonuses at the end of the month.

“It makes financial sense for them, they say – they've never had such a big crop, and the harvest has never gone so smoothly before, they've never before been on schedule like this season. And because they were harvesting so swiftly, they were less affected by the rain during harvesting.” 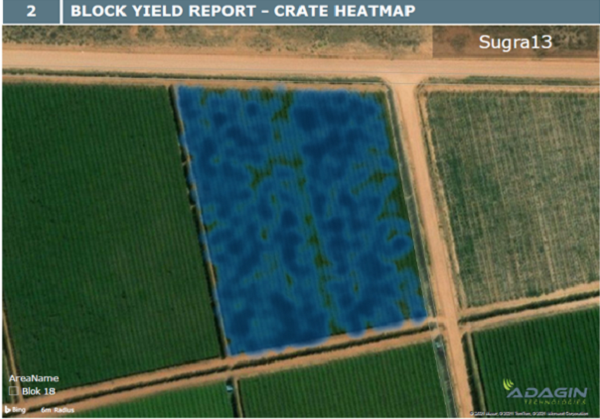 A yield map of a block of table grapes

“Farmers tell me 'What a relief to just be farming again and to stop playing policeman!',” FG remarks. “We've seen over and over that the system creates a team that buys into the process, and farmers can get on with the job of growing crops.”