He notes that there are Kent and a few Ataulfo mangoes coming out of Peru. “There are a few containers left arriving from Ecuador and they are also Kents. We have even heard there are a few containers arriving from Brazil as well, also Kents,” he says. “Peru will be with us through late March and Mexico will begin production in late February and then we go to Costa Rica and Guatemala.”

Nagelberg says they were told Peru would be smaller on fruit sizing this season and that they’re receiving a lot of size 9/10s.

Meanwhile reports of logistic challenges at the ports haven’t seemed to have affected the mango supplies much unless you’re on the West Coast says Nagelberg. He does add that the weather has caused a lot of vessels to be delayed. “But that’s pretty normal at this time of year,” he adds. 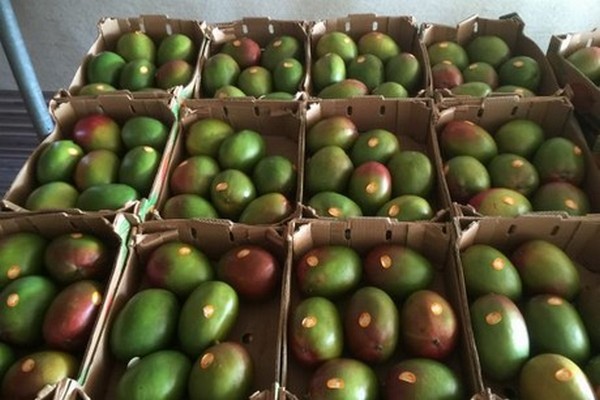 Solid mango demand
As for demand, it’s stronger than anticipated. “With COVID-19, you would think demand would be decreased but it’s been very steady since last March. The supply of small fruit got very long when Ecuador came in alongside Brazil, but now it’s a short supply market,” he says.

Nagelberg also says that some retailers are starting to look for more pre-conditioned fruit and that at least one of its retailers is conditioning the fruit themselves.

As for pricing on mangoes, it has been on the higher side. “It’s getting near the top of normal Peru pricing. Pricing has gotten stronger in the last two to three weeks. Before that, it wasn’t especially strong,” he says. “Looking ahead, I would expect price to remain reasonably steady for the next couple of weeks until supplies start to increase. But I don’t expect to see that until the first week of February, so we’ve got two to three good weeks ahead.”