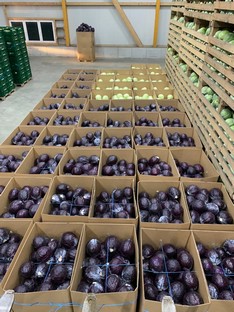 The marketing of cabbages continues at full speed in the Dithmarschen region. Sales in the food retail sector have been particularly good in the run-up to Christmas, but prices have been very low for months. Exports to the Eastern European region are also hardly taking place, says Matthias Bartels, sales manager at FreshField LLC & Co.

Right: A view into the FreshField  warehouse

Red cabbage in particular is an indispensable item in German cuisine during the Christmas season. "We were able to sell decent quantities of red cabbage in the Corona year. Savoy cabbage and white cabbage also sold well at Christmas, so the advertisements in the trade obviously worked well," Bartels said. All in all, sales were up on the previous year.

This also marked the end of an exciting year full of challenges for the cabbage sector. During the initial lockdown in the spring, consumers had increasingly turned to classic stored products, including cabbage vegetables. "However, we retailers only felt this positive effect of the pandemic for a short time, after which sales quickly returned to normal. Now during the second lockdown, there is no more talk of hoarding purchases. For us, however, it is all the more important that the promotions in food retail work, and they do." 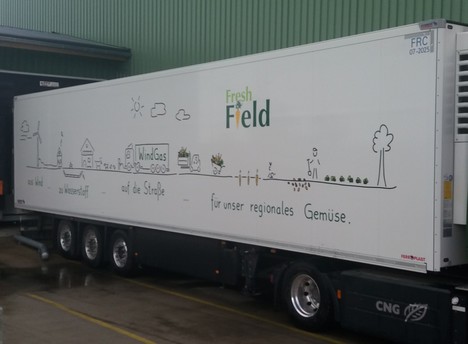 Sluggish export market
In contrast to other years, the export market has virtually ground to a halt, Bartels stated. "Normally, we export decent volumes to the Eastern European region at this time of year. But even there, there are currently more than enough goods in stock. There is a noticeable oversupply in the European cabbage sector."

The experienced cabbage trader also expects little movement on the market in the coming weeks. "In my view, sales will remain good at stable, low prices. In terms of prices, we have now reached our pain threshold for the time being. I also do not expect any revival in exports at this time."