The Austrian harvest of kiwi berries is currently in full swing. The Böchzelt fruit farm in the Marchfeld is going full throttle as well: the medium-sized market fruit farm started organic kiwi berry cultivation a good nine years ago and is currently regarded as an experimental garden for mini kiwis. This year, 20 different varieties are growing and thriving in the heart of the Marchfeld.

The difficult weather situation -that saw late frosts- has also affected the Marchfeld organic farm, says fruit farmer Andreas Böchzelt.  "There will be a smaller volume this year. We already started this year's harvest at the beginning of September, two weeks earlier than expected. This means the campaign will end earlier as well: late October - early November is usually the time when the last fruits go to the customers. This year it will probably be over in about 10 days." 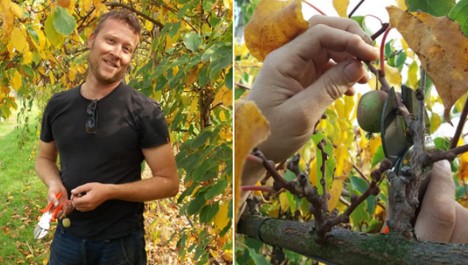 Andreas Böchzelt among the kiwis 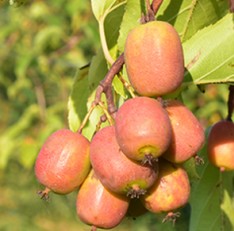 the many varieties in the trial run, there are probably some with interesting potential, says Böchzelt. "The Geneva is an accessible variety and resembles a mini apple in appearance. The Kens Red is also a very tasty variety with a red peel."

Regional marketing
Since its entry into kiwi cultivation, the fruit farm has focused on regional marketing under the Marchfeld Mini-Kiwi label. "The marketing in the area of regional farm and organic stores works especially well. I continue to see marketing potential in this sales channel: Sales in the domestic food retail trade, on the other hand, are probably developing with somewhat more difficulty."