On Sunday, September 20th, the Sangay volcano in Ecuador erupted. “The eruption mostly affected nearby cities and provinces that were in the direction of the wind. There was a 10 kilometers high cloud of ashes, and it came down to the coastal area where about 30-40% of Ecuador’s banana production occurs,” says Hugo Castro of GinaFruit. 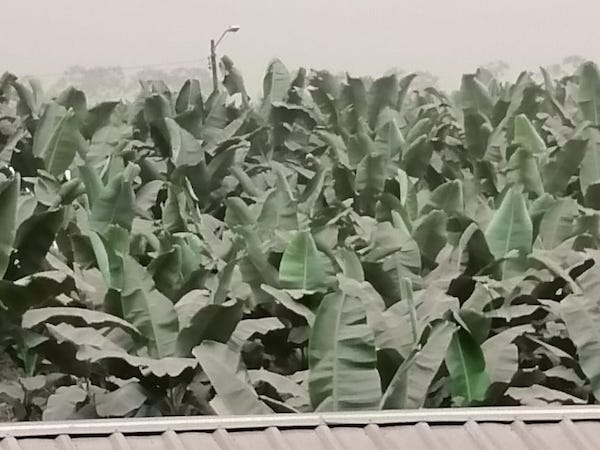 Damage is contained
The area affected by the falling ashes comprises over 50,000 hectares, according to official estimations, but Castro shares that the overall damage for the growers could have been much worse. “The ashes don’t damage the soil or the 'trees’ – they actually provide nutrients to the soil. But the hanging banana bunches on the 'trees' do get affected when they are covered with the ash, which acts as a sort of sandpaper and brings mechanical damage to the bananas, making them unsuited for export. We estimate that for Ecuadorian growers, the total damage is less than 15% of the total production,” he explains.

There are multiple active volcanos in Ecuador, and because of this, some growers are prepared for an event like this, Castro shares. “We have a few precautions in place in case of a volcanic eruption. We put a special bag around the banana bunches, we call it an ‘ash bag,’ and we put it around the top of the bunches to keep the bananas safe from ash. We also have a disc-like protector device in the bunch, which acts as a sort of umbrella to keep the ashes away from reaching the bananas. You can never fully avoid damage, but these precautions do minimize the damage.” 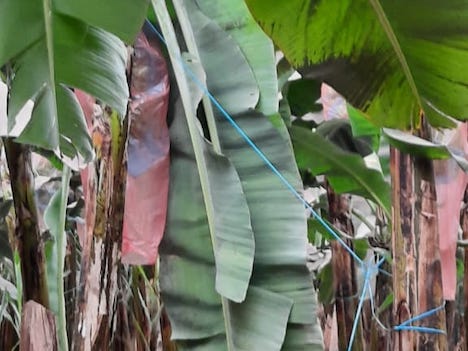 The effects of the ashes reached mostly to regions where growers have experience with volcanos, so the majority of the growers were somehow prepared, which helped minimize the damage. “In the last eruption, in June/July, it was affected less area than this new eruption, however this time, the ashes affected regions that aren’t usually affected, and these growers weren’t prepared.” Castro says.

Markets mostly unaffected
Due to the preparation of most growers for events such as these, the overall damage was mostly minimal, Castro says. “Based on the number I’ve seen from my producers, there’s no more than 15% of damage overall for us. In total for all Ecuador producers affected, I would estimate it to be around 30% damage that it can be translated to 50,000-80,000 boxes in a week. The damage also only affects the bananas currently ready for harvest – the younger bananas that are already in the 'trees' aren’t going to experience much effect.” 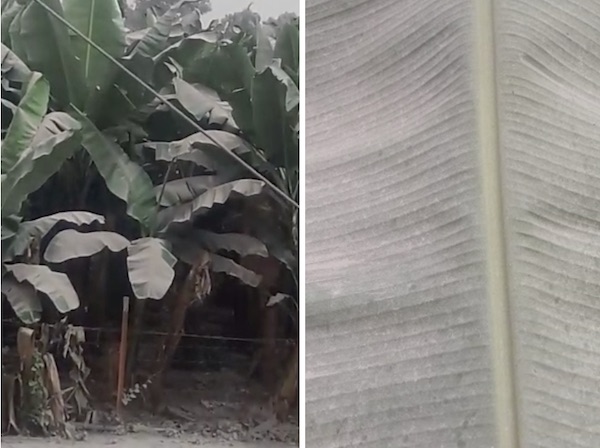 This reduction in boxes coming out of Ecuador won’t really affect the market, Castro shares. “Initially, at the start of the week, we thought the eruption would have an effect on the market, but the whole banana system is filled. There’s already a worldwide oversupply of bananas. The overall demand has decreased by about 30% due to the pandemic, so the lower volumes due to the eruption won’t have an effect on the market,” he concludes.