Serbia allowed to export apples to India in a few weeks

With the Indian apple season starting, the need for importing apples from abroad will disappear for a while. The Indian consumer prefers these apples due to the lower price. Once the season is over though, there might be a switch from Polish apples, as the prices are very high, and a new potential supplier will be given access to India this season.

The Indian apple harvest has started, which will mark a calmer period for Saurabh Tanwar, director of Indian fruit trader Fruitways. According to Tanwar, demand for foreign apples drops fast once the domestic apples hit the markets: “Currently we are headed into the season of Indian grown apples. Generally Indian apples are in high demand around this time, compared to the imported apples. At the moment demand of imported is not so high, as the Shimla upper belt is currently harvesting the new apples and soon the Kashmir apples will start as well. Most of the imported apples that were sold between July and August were the Chilean and New Zealand apples.”

Most of the year the apples in India are of another origin. Tanwar sees a window for the European apples every year, but for the past few months the apples from Chile and New Zealand have been the most popular. “Indian consumers have a preference for apples all year long. Generally speaking, from the start of August until January the Indian consumer eats domestically grown apples mostly, as they’re vastly cheaper than the imported apples. From December to March the most consumed apples are imported from European countries, like Italy, Poland, Turkey, Belgium, France and Spain. However, Italy, Poland and Turkey are the key suppliers to the Indian market. Finally, between March and August, or even September if the Indian harvest is delayed, the apples from Chile and New Zealand are the most popular. The Indian consumers have fallen in love with the apples from these territories.” 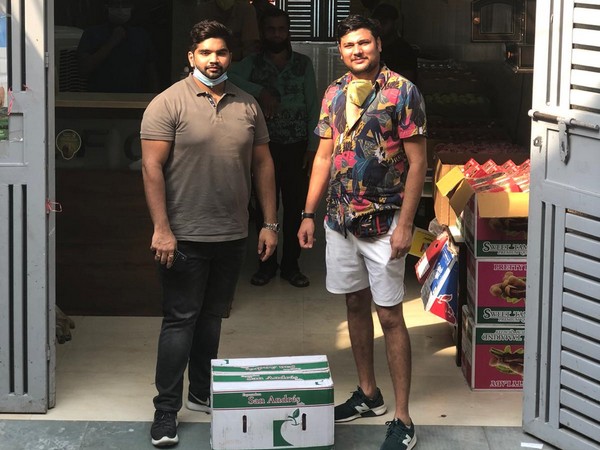 The apple harvest in India is expected to yield significantly less volumes this year, due to challenging weather conditions: “I expect to see large volumes exported from all over the world to the Indian market. The crops in the Northern part of India is considerably less than last season, about 30 per cent. Another issue is the general lack of larger sizes of the apples, while the smaller sizes are abundant. The premium class apples aren’t as available as the second class apples. This will result in larger demand for big sizes all over India, and mostly the premium quality. The reason for the lesser quantity in India has to do with the weather. We’ve experienced three or four heavy storms which destroyed flowering crops and even some ready to be harvested produce. Next to that, it’s been challenging getting enough labor to pick all the apples, as we still live with measures taken to counter the spread of Covid-19,” Tanwar explains.

Tanwar always keeps his eye open for new opportunities when it comes to importing apples to India. In a few weeks’ time it’s expected that Serbia will be able to export its apples to India. “Another option for importing apples to India should present itself shortly. We’re a few weeks away from India opening up the market to Serbia. Protocols are pending from Indian government, after that nothing stands in the way. At Fruitways, we are also organizing a trip on behalf of our Indian clients in the next week, to check the Serbian apple quality and give a true report and order only a few containers. Once these containers arrive we can check the quality, which will decide how much we’ll commit to Serbian apples. Until we’ve actually tried this out there’s nothing I can say for certain on a personal level, but generally the pictures we’ve received of the Serbian apples look promising.” 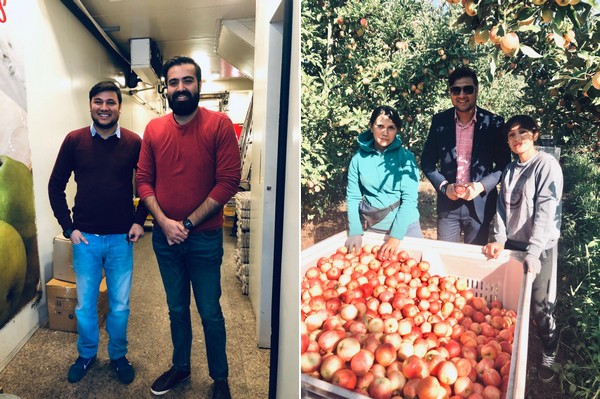 The Serbian apples could prove a good alternative for the Polish apples, as the prices for the apples from Poland have skyrocketed, Tanwar states: “As we also have our ventures in Poland, naturally we plan to export our Polish apples to India as well. We’ve already received orders as a result of the shortage and high demand in India. However the selling price of apples is currently quite high in Poland, which poses a challenge. Growers are increasing their prices to 2.5 PLN or even 3.00 PLN /kg, which means that after adding the costs, processing grading, material and our own margin the export price could go above 21.6 USD for 18 KG by the time it reaches Mumbai. I personally believe this price to be really high, so in our deals we’re working towards a maximum price at the growers of 1.8 PLN to 2.00 PLN/kg for the Gala apples. But if the growers will not move away from the high prices, I’m not sure how the Indian market will react. It’s very possible India will move away from Poland to find apples elsewhere, which means the Polish apples would have to settle for European markets.”

Next to apples, Tanwar also has his eye on the kiwi market in India. Demand skyrocketed last season, which means there’s an opportunity for the upcoming season to sell kiwis from Chile. “Covid-19 has brought several changes in India. For one, this season kiwi was suddenly in very high demand, while the supply was underwhelming. For this reason, Fruitways Chile made the right decision to open the kiwi exports. This season we only sent two containers of kiwis, which went very well. This means we’re now open and prepared to ship more Chilean kiwis next season.” He concludes.