The impact of the unusual past few months on the fresh produce supply chain was discussed at last week’s PMA Fresh connections conference, in what has been a season that, amid the challenges, experienced increased overseas demand for many fresh commodities and export returns optimised by a weakening exchange rate.

“If you’re in fresh fruit and vegetables you would’ve seen a lot of positives this season,” noted Tommie van Zyl, CEO of ZZ2, the avocado, apple and cherry grower-exporter (and major domestic tomato producer). “Our experience has been a fantastic recent couple of months with very positive results. South Africa’s supply routes are efficient and at the moment it’s business as usual.” 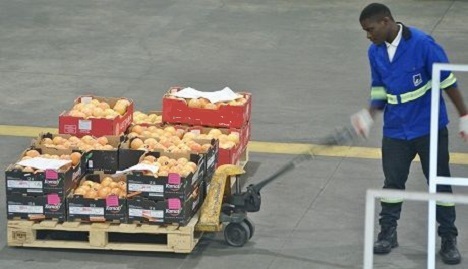 Since lockdown, everyone in the fresh produce industry has been forced into the digital age, the panel heard, even those whose digital appetite previously extended no further than an Excel file. A freight forwarder recounted the enthusiasm for their newly-introduced dashboard and management tool, driven by digital system.

“Clients now actually want the platform on his phone or on a second screen, to look at the sailing schedule and to track the container, just to avoid the phone conversation while he’s perhaps looking after the children.”

In fact, a company’s credibility with others in the supply chain now depends on its digitized solutions.

A number of participants noted that they have never before been watching shipping schedules like they’ve had to over the past season and that the time-frame to their planning has shortened tremendously.

It was a tough time for anyone bringing in goods from overseas, waiting for it to be cleared at the ports. “Every single one of our ships from the beginning of the year, seven or eight ships have missed port and we’ve had to look at offloading at various other ports which incurs a lot of other costs,” explained a logistics provider. “When a ship misses Cape Town and first goes to Durban it throws out your entire planning by three weeks.”

Planning ahead for shipping delays
“Some blueberry exporters have had to look at various options to look at mitigating air freight challenges. It’s currently very expensive, almost as if you’re paying for a chartered flight. They’ve looked at new packaging – putting it into crates, even new packaging supplies because if the container stands at the harbour before catching the ship out, it extends the time on the water by as much as a month.”

It was also a tough time for anyone crossing international borders, trucks stuck at the borders with perishable cargo for days on end (in the case of the Beit Bridge border post between Zimbabwe and South Africa) when the South Africa Revenue Service shuts its office due to positive Covid cases.

The border between Botswana and Namibia on the Trans-Kalahari Highway was also affected, but crossing from southern Namibia to South Africa went quicker although, a Namibian grower said, what problems they are experiencing date from before Covid and emanates from the South African side with SARS’ new paperless system.

Border officials aren’t always aware of the urgency associated with the transport of perishable cargo, it was noted.

“If you’re supplying direct into retail, border delays are a huge challenge.”

Trend to fewer touchpoints particularly evident in fresh produce
On the retail front “every day was a massive challenge” noted the warehouse operations manager at a retailer that is very strong in fresh produce, working with half the amount of people to adhere to physical distancing requirements and employing more outsourcing.

A number of participants stressed the importance for online sales platforms to win the trust of consumers, many of whom have over the past few months been moving between retailers.

“The recipe for winning consumers’ trust is still a challenge. The recipe for getting that right and changing their buying habits – the guy who gets it right will have a few tricks up his sleeve.”

Consumers ("housewives") like a tactile fresh produce shopping experience, something that gets lost with online shopping. 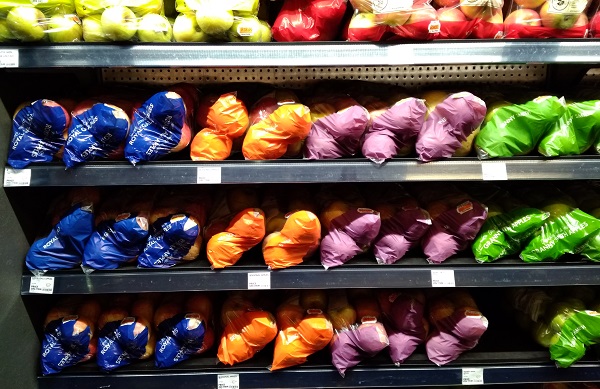 One participant wondered whether the larger basket sizes they’ve been seeing (along with lower shopping frequency) will continue.

The warehouse manager continued that they were seeing a change to inventory strategies, to start moving towards smaller unit loads but shipped more frequently, freeing up retail space for point of sale and to reduce the amount of stock in store rooms.

“Whoever solves that problem is going to be a game-changer in that market,” said a retailer.