Plane-delivered peaches to bridge gap from farm to grocery 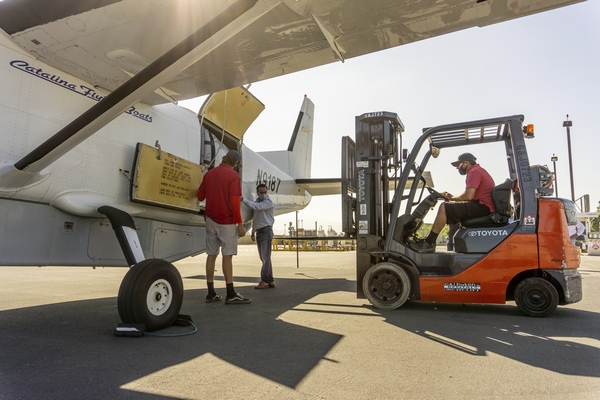 The fruit is being unloaded from the plane. Credit: Gelson's.

John Corsaro, CEO of the Giumarra Companies, and John Savidan, Senior Director of Produce & Floral for Gelson’s, were on site at Whiteman Airport to witness the aircraft arrival. After being unloaded from the plane, the fruit was delivered to four local Gelson’s stores in Valley Village, Sherman Oaks, Century City, and Pacific Palisades.

“Giumarra was established by a grower family with the aim to share delicious, high-quality fruit with the world,” said Tim Riley, President of the Giumarra Companies. “We are uniting our founding values with a commitment to exploring new logistics platforms as we continue to expand our service capabilities. This test with Gelson’s proved successful and we look forward to future experimentation with this technology.”

Upon arrival to the Gelson’s store locations, the peaches were showcased in the stores’ weekend produce displays featuring airplane mobiles and signs highlighting the fruit’s tree-ripe flavor and exceptional “flown fresh from the farm” quality. To accompany the in-store signage and merchandising, Gelson’s shared the message of the peaches’ unique delivery method with customers using geo-targeted digital marketing, including social media. 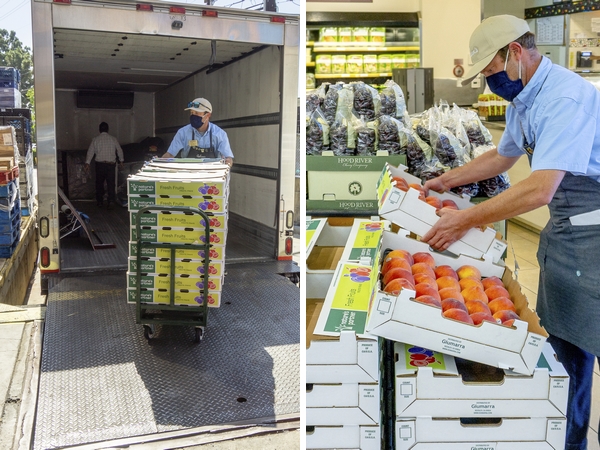 “We are excited to be the first retailer in Giumarra’s test to offer this exclusive summer fruit to our loyal shoppers at select store locations,” said Rob McDougall, President and CEO of Gelson’s. “Our customers have come to expect Gelson’s to be on the leading edge of grocery innovation, and we are pleased to bring a new offering in the produce department that utilizes airplane technology to deliver enhanced flavor.”

Giumarra is known for marketing a full line of fresh produce including avocados, watermelon, berries, and grapes. The company selected peaches, a quintessential summer favorite, to pick the fruit when it was ripe on the tree. With aircraft delivery, the fruit arrived in stores much quicker after harvest than with traditional transportation methods.

“As a grower, it is exciting to be able to offer consumers a piece of tree-ripe fruit the way nature intended,” said Tim Thiesen, grower for the Giumarra Companies. “This technology helped us swiftly bring a local farm stand experience to grocery stores more than 200 miles away.” 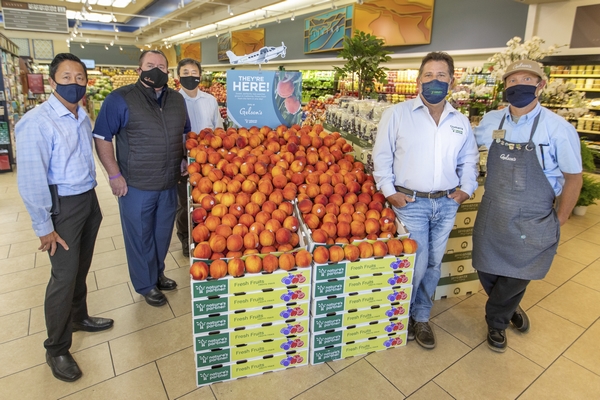