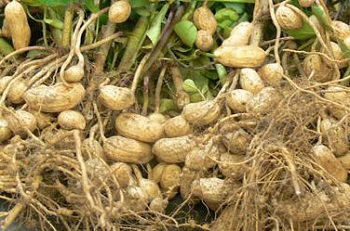 Plant accumulation of heavy metals has become a global concern and it could depend on root morphology.  "We investigated the role of root morphology in the variation in chromium (Cr) accumulation among peanut (Arachis hypogaea ) cultivars, using the relationship between Cr accumulation and morphological characteristics of six peanut cultivars determined under 0, 10, 25, 75, and 100 μmol/L Cr(VI) via hydroponic experiment," explained the scientists at Qingdao Agricultural University (China).

Scientists have observed significant variations in Cr accumulation and root morphological parameters among peanut cultivars at the five Cr levels. The Cr concentrations in plants exhibited 1.72-, 4.67-, 1.81-, and 2.91-fold variations within cultivars for 10, 25, 75, and 100 μmol/L Cr treatments, respectively. Positive correlations were found for total Cr in plants with total root length (RL), root surface area (SA), and root volume (RV). On the contrary, negative correlations were also observed between the percentages of Cr in shoots and specific root length.

"These results show that root system morphology may partly explain the variation in Cr accumulation among cultivars. In general, we found that cultivars with greater RL, SA, and RV had higher capability for Cr accumulation," underline the scientists.