After participating in the second meeting of the public-private table, which was headed by the Minister of Foreign Affairs, Rodrigo Yañez, and where the situation of Chilean exports to China in face of the coronavirus was analyzed, the President of the Association of Fruit Exporters of Chile AG (ASOEX), Ronald Bown Fernandez, said that the export fruit industry could see a decrease in revenue of nearly 100 million dollars.

“We had good expectations regarding the revival of trade operations after the end of the Chinese New Year celebrations; however, on February 10, only 68 containers of cherries were sold. In total, during the first 48 hours of operations in the wholesale markets of Shanghai, Guangzhou, Beijing, and others, only 249 containers of the existing fruit stock in the chain, which is estimated at 1,500 containers of cherries, have been sold,” Bown said. 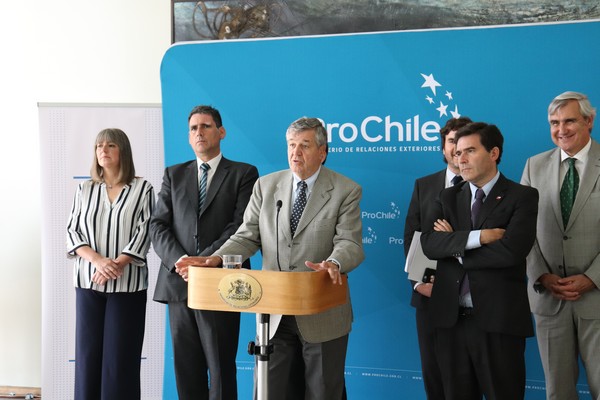 The president of ASOEX also said that they were "concerned about the fruit in transit to China, which we estimate as 1,600 containers, and that should arrive to that market between the current week and March 15. We are talking about 59 containers of blueberries, 173 containers of cherries, 872 of plums, 387 of nectarines, 30 of avocados, and 134 of table grapes.”

Given the above, he noted that ASOEX was working with the corresponding phytosanitary authorities to divert the fruit in transit to other markets in Asia, or even within China. "The SAG has quickly issued the changes of documents requested by the exporting companies both for changes of destination of containers in transit (20 to 30 units), as well as a change in the ports of entry of the cargo for its arrival in China." 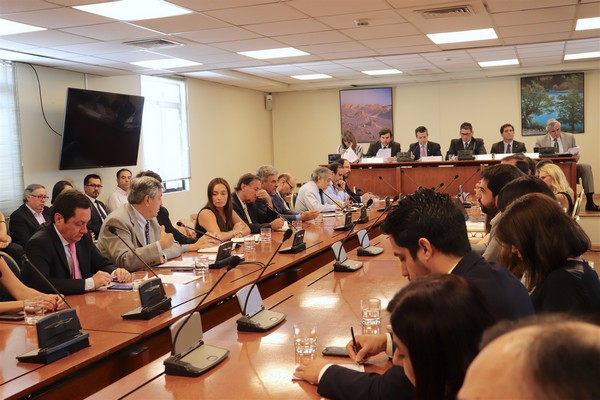 Promotions and donations
The fruit export industry has started to adapt its export promotion strategy in China, which includes facilitating the consumption of the fruit basket they export, highlighting its nutritional and health benefits.

The consumption of fruits will be mainly publicized online, although some actions will also be carried out in retail chains. “The sector will also continue to donate fresh fruit to clinics and health centers. The first delivery will be made this week and will consist of 1,000 boxes of 1.5 kilos of blueberries donated to Shanghai's lung hospital.”

Market situation and main challenges
Bown also that retail sales had improved in China in recent days thanks to the restriction imposed by authorities to visit traditional markets and free fairs, and that consumers had displayed a preference for local fruits such as apples, pears, and citrus fruits as they are considered good sources of vitamins.

Sales in e-commerce have been slow due to restrictions to transit on the streets and to the delivery of produce, in addition to the lack of product. 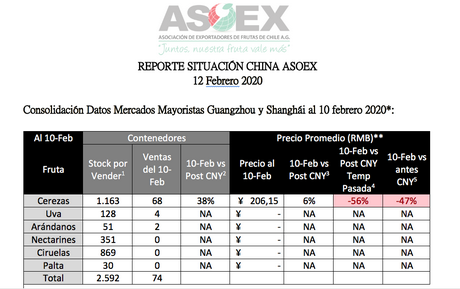