Chinese exports and imports feel the impact of coronavirus

The impact of the coronavirus on the fruit and vegetables sales in China is clearly visible. As their is no cure yet, most people follow the advice from the government to stay home. As of yesterday, for a large number of companies, the extended holidays were over and a lot of people returned to work. However, most employees worked from home, as it is safer than to go outside. Furthermore, in some areas the holiday has been further extended, to prevent all the employees returning at the same time and clogging up the transport system.

China's consumers
There is still a supply of fresh fruit and vegetables in supermarkets. While most companies were closed in the last two weeks, the government made exceptions for fresh produce suppliers, so they could still supply the supermarkets. In this way, they guaranteed Chinese consumers fresh products. As most Chinese consumers are focused on buying the necessary goods, which are healthy and can be kept for a while, most buy vegetables and not fruit as it can be kept for a while. A lot of larger companies also made fruit and vegetable donations to several areas, to make sure everyone could still eat fresh products.

Furthermore, a lot of consumers made more online orders for their essential groceries. As mostly warm meals are ordered online, now most consumers order fresh vegetables and rice. Delivery platforms are working hard to fulfill all orders on time, JD.com also took extra measures to make sure their staff are safe and can still deliver goods to consumers. As some roads are blocked at times, it can be hard to reach certain places. 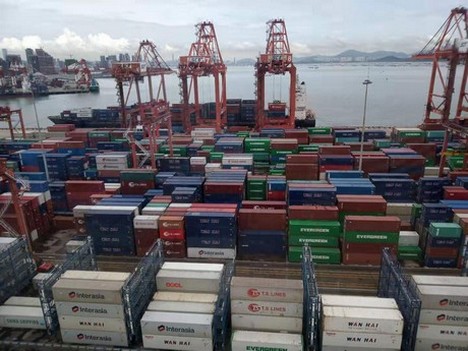 Export to China
As China has millions of residents, they rely on imports for some supply of fresh fruits. However, some borders have been closed or have more severe controls or restrictions, which slows down the import considerably. Most Asian countries which have close trade relationships with China notice the impact of the virus. For example, Myanmar is a large exporter of watermelon to China, but their trucks are stuck at the border. In Myanmar, the authorities are taking extra steps, helping the farmers with finding new markets and helping them with better storage for the watermelons giving them extra time to sell it.

Vietnam is also facing a difficult period now, as their fruit is being stopped at the Tan Thanh Border. Normally at this time they will export durian and dragon fruit to China. Dragon fruit is now also full in production and because they cannot export to China, they are trying to find other export markets, but mostly they will sell it at the local markets for very low prices as there is abundant supply now.

Malaysia, who since last year can export whole frozen durian to China, is also receiving fewer orders. Even though their durian is not in high supply, their main market for it is the China. Now that they need to sell more on the domestic market, it also brings their price down.

Australia also received fewer orders in the last two weeks, while normally a lot of new orders would have been made. One exception in all of this is New Zealand, one company is receiving good demand for their organic apples online and thus has some good export to China.

Chile, who is also sending a lot of fruit during this period, and is now trying to reroute their shipments to other countries in Asia to prevent large losses. Furthermore, it is hard to predict whether China can still reach the terms of the recent trade deal made with the US on the 15th of January, as the orders for import products have slowed down a lot. 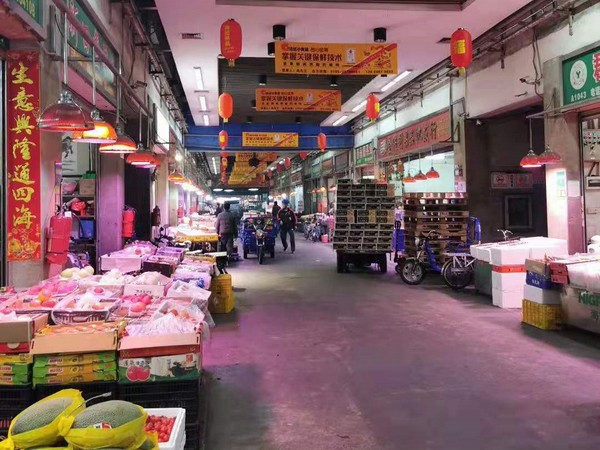 Import from China
As China has fewer workers processing their export orders and receiving more restrictions from foreign countries, the export of Chinese fresh produce is also being affected. Russia’s second-largest food retailer Magnit said on 3 February it is suspending fruit and vegetable imports from China. For now, they focus on other countries as Turkey and Morocco to replace the imports from China. Indonesia, a large importer of Chinese fresh produce, announced that it will also temporarily stop its imports from China to prevent spreading the virus. Even though this causes some higher prices for import goods, such as garlic.

China is Afghanistan’s second-largest exporter, though a lot of shipments are delayed, which also has an impact on the local Afghan market. In Bangladesh, sellers of Chinese apples and raisins are confronted with the same problem. Less supply from China causes the price to increase in most markets.

Logistics
In China, large wholesale markets opened again yesterday and people are selling their goods. As the Chinese markets are picking up, they need catch up with the delayed cargo. Furthermore, goods that are still arriving also encountered difficulties. Maersk announced on 7 February: “We would like to inform you about the ongoing terminal reefer plug shortage experienced in the ports of Xingang and Shanghai. Due to the extended Chinese New Year holidays and Corona Virus situation, yard density has reached critical levels and we are forced to divert cargo as no reefer plugs are available at these terminals. We recommend customers, when possible, to ship to other Chinese destinations or other markets in order to avoid the congested ports.”

For now, it is still unclear to see how large the impact of this slowdown in orders and shipments in China will be, though in the coming weeks this will become more clear.