According to a water specialist, the billions of litres of raw sewage flowing into the country’s rivers daily has reached crisis levels, and poses a threat to the country’s agricultural exports.

Prof Anthony Turton is a water resource management specialist, who has stated that sewage is the real crisis in South Africa: “Nationally we generate five billion litres of sewage every day, of which 4,3 billion litres are returned to rivers inadequately treated. This is becoming a national disaster. Once a river slips from a favourable state to an unfavourable state, we don’t have the science to get it back. There have been hundreds of studies on fixing the eutrophic Hartbeespoort Dam and no one has the answer. The Vaal River is going the same way; it’s too thick to drink and too thin to plough.”

Turton said that since the state is the biggest polluter of water, it could not be expected to police water pollution, and an independent water policing body was needed. 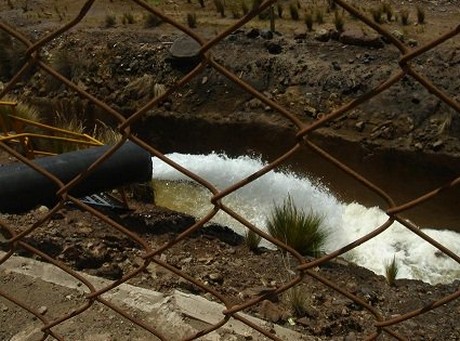 “The systemic failure of government is more acutely felt in the water sector, and farmers need to understand the changing landscape of risk. The EU is starting to pay attention to export products from South Africa and the phytosanitary certificates that accompany the exports. Reports of hepatitis outbreaks due to water contamination could result in us losing our export markets.”

He noted the frustration regarding the issuing of water licences and said that since water was first nationalised and users needed to apply for licences, there has been a backlog that government has never recovered from.