More restrictive regulations on the use of copper for crop protection. In a few years, it could be completely banned. On the first of January, the new EU regulations started taking effect, and consequently the restrictions regarding both the organic and the integrated.

When we called Michelangelo Garaffoni, a technician for the Europfruit PO, he was outlining the new guidelines, together with his colleagues, “We need to rethink how we carry out the protection, as some crops cannot do without copper. In addition, it is one of the very few remedies available in the organic sector”. 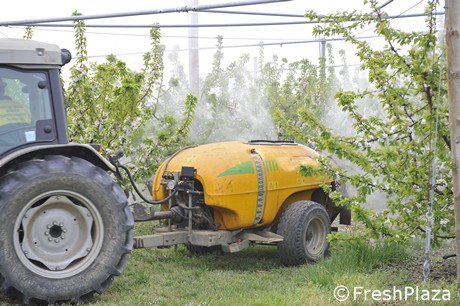 The regulation states that the use of phytosanitary products containing copper compounds should be reduced to the application of 28 kg/hectare, over 7 years. That is, an average of 4kg/hectare/year. In this way, it should be possible to highly reduce the potential soil accumulation and the harm to non-target organisms, while at the same time it would allow controlling the climate conditions that facilitate the growth of fungus infections.

Andrea Grassi is the technical manager for Aprofruit and he said, “We will need common sense in order to respect the parameters. However, sometimes it seems as if behind these decisions there is no technical knowledge of the subject but rather mere political interests”.

According to Luca Molinari from the Consorzio Agrario Adriatico, “Companies producing the substances have to re-design the labels in order to suggest effective protections which would respect the new constraints. It will not be easy”.

The quantity was estimated on a 7-year period because, during this medium-long time, dry and rainy seasons would follow one another. If the climate is mostly humid, fungus infections have an easier life and therefore we need copper to counteract them, especially with regard to the organic”.