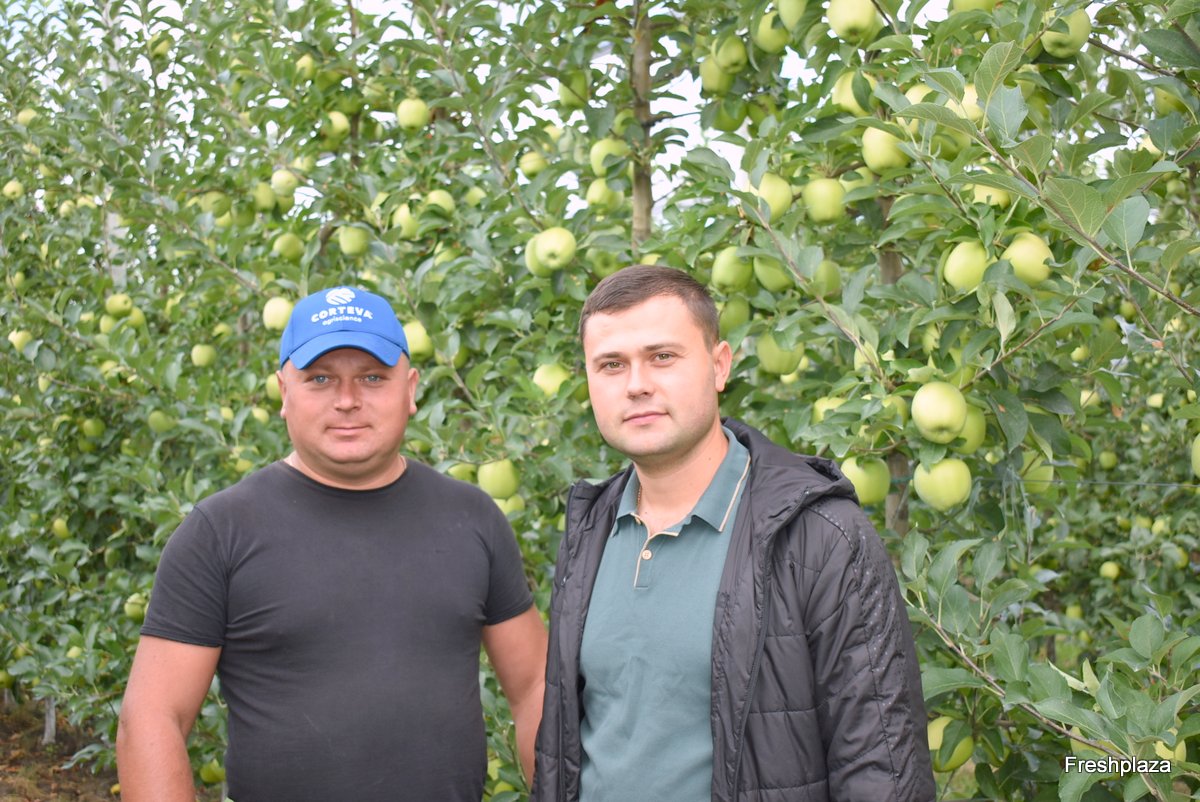 Stanislav Russu and his brother

A common thread runs through these articles: Moldovan fruit tastes delicious. Everyone says so. Why, then, are there hardly any of their apples in Western European stores? There are many reasons. Firstly, the Western European apple market already has an ample supply and fierce competition. Also, until recently, Moldova exported almost all of its harvest to Russia. The country, therefore, has mainly varieties that do well on the Russian market. 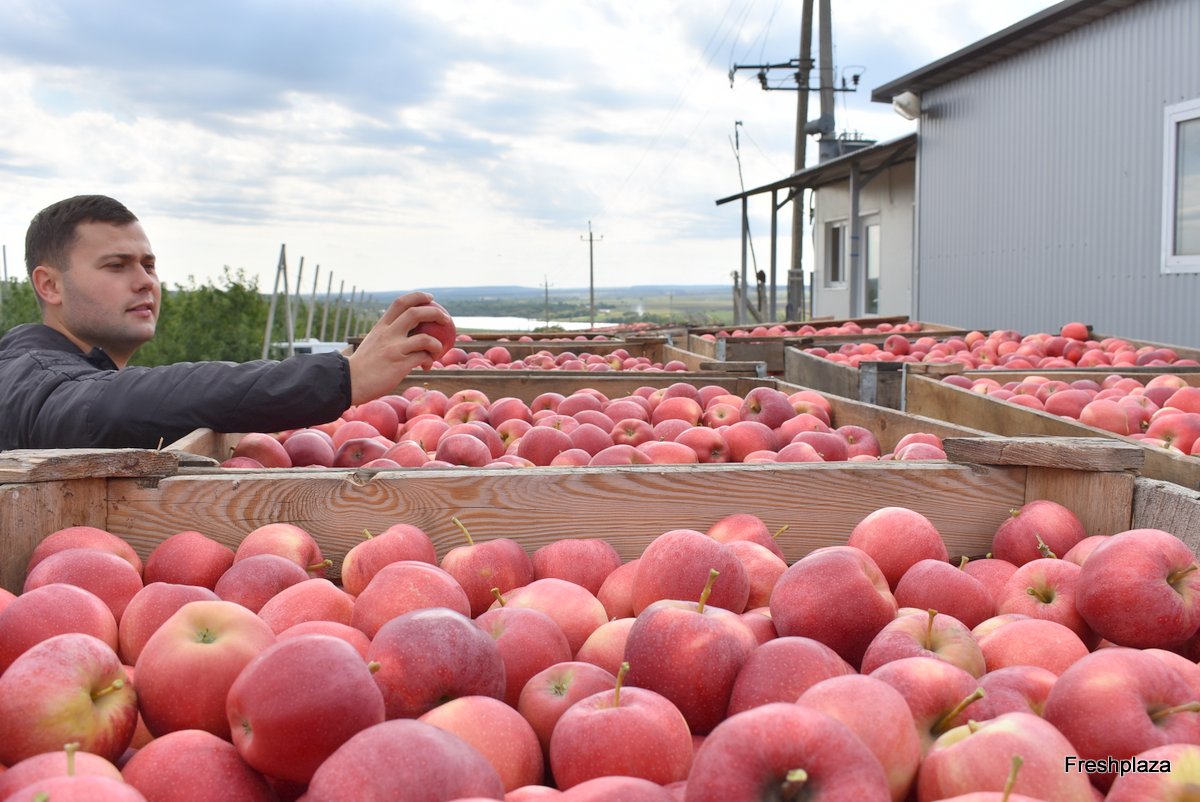 Moldovan apple growers also cite logistical costs as a reason, though their lower production costs could offset that. Wages in Moldova are three to six times lower than in the Netherlands, and land costs a mere €3,000 to €5,000 per hectare. A skewed perspective plays a definite role. People in Western Europe are either unaware of how good Modovan apples are, or do not believe it. In that sense, the sector still has plenty of promotional work ahead. And companies' focus must shift from cultivation to sales. 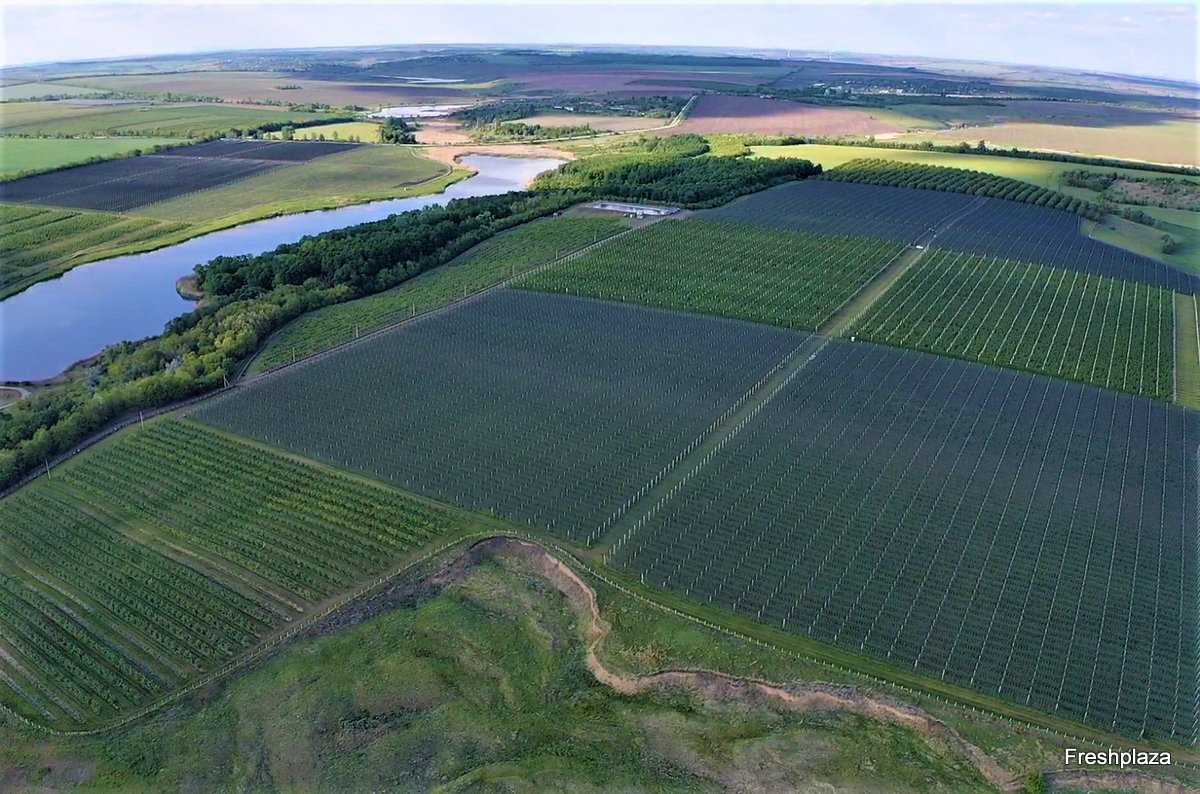 Lastly - and this article will touch on this - investment is still needed in sorting and packaging lines. Big companies seem to have cultivation and storage well under control, but most are still looking for ways to take their packing stations' capacity and quality to the next level. The biggest obstacle? Money. Financial support from official bodies or foreign programs (read: USAID's development projects) and organizing the sector into cooperatives could offer a solution.

First agriculture, then fruit and vegetables
Vardan Agro, an apple, plum, and cherry company in the north of Moldova, is very eager to increase cooperation in the sector. That is why Stanislav Russu, the company's director, already contacts other cultivation companies in the area several times a week to share experiences and, jointly, try and identify cultivation and marketing challenges and opportunities. Sharing infrastructure could be the next step. 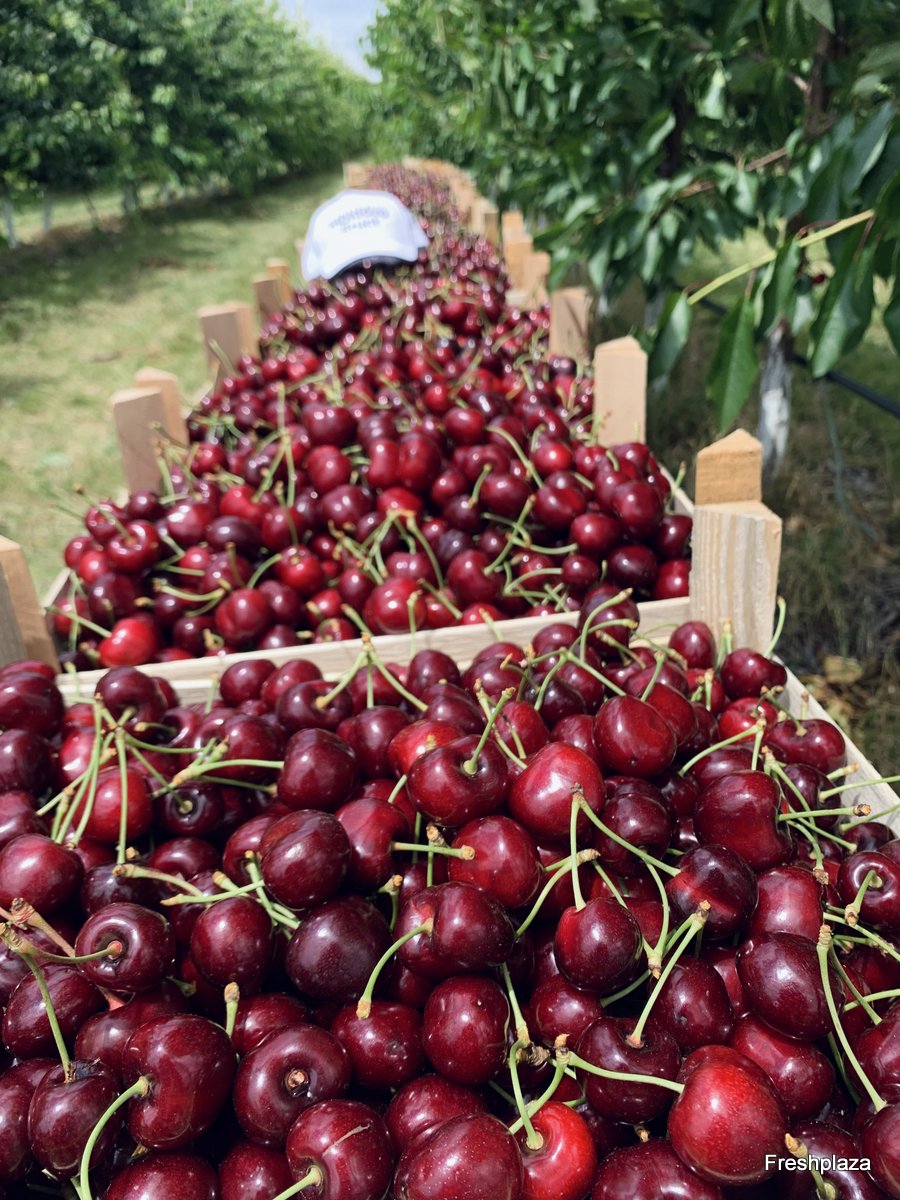 Vadan Agro is big in cherries and morels

Three years after the Soviet Union's collapse in 1991, Stanislav's father and some partners established an 800-hectare agricultural farm. Over the years, the partners gradually withdrew, and now Vardan Agro is a purely family business, run by a father and his sons.

"We still do a lot of arable farming. We added vegetables in 2004 but lost a lot of money between 2010 and 2012, which were very complex years for vegetable growing. We, thus, decided to switch to a crop that was very successful at that time: fruit," begins Stanislav.

"We started with 30 hectares. The next pivotal year came in 2019. We realized our orchards weren't efficient and competitive enough, and the quality could also be better. We reapplied for loans and set up modern orchards with hail nets and drip irrigation. These are great improvements, although more can and should be done. For example, the trees' water quality isn't optimal: it's slightly too acidic and limey. We have 36 hectares of apples, 12 hectares of cherries, and nine hectares, each, with plums and tart cherries." 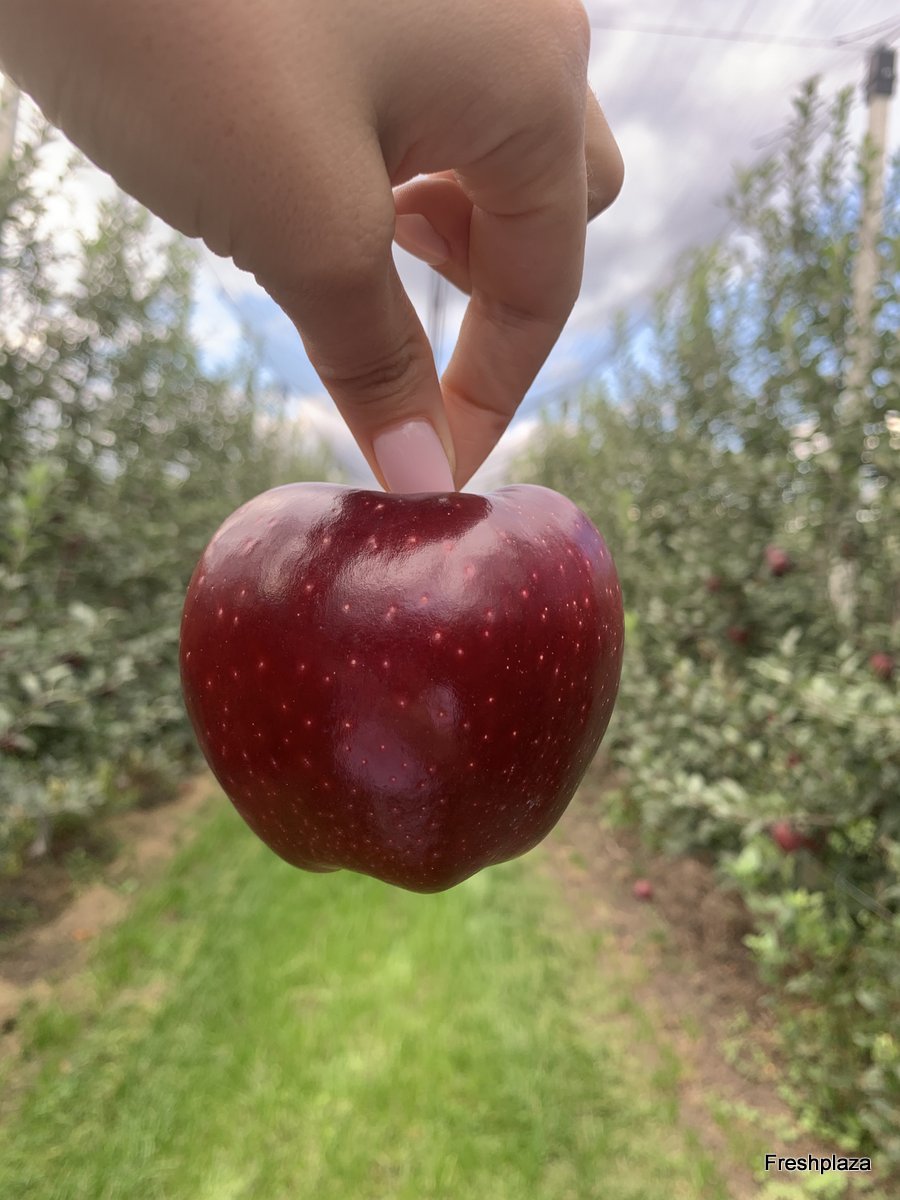 Cooperation, the key to success
"Moldova used to primarily have Idared, Florina, and Renet Simirenko apples. When we began the orchard, we consulted an expert who recommended we plant other varieties, such as Gala and Golden, too. We wanted a wide range, from old to club varieties. We looked at Russia but also other markets. We researched each variety's flavor, cultivation technique, productivity, and how to sort and store them, and based our choices on that. Currently, we have more than ten varieties, and our apples are GlobalGAP certified," says Stanislav. With an annual volume of 4,000 to 5,000 tons of apples, Vardan Agro, naturally, cannot sign contracts with supermarkets for a constant, year-round supply. "But should several Moldovan companies, which offer the same variety, quality, and size, join forces, we can start that conversation. Moldova Fruct, the umbrella industry association, isn't a commercial organisation and so doesn't purchase our product to market centrally."

"Nonetheless, it encourages collaboration between the different companies by informing all its members when there's demand for certain volumes," Stanislav continues. "The individual growers can then say how much they have available at what price, and a combined offer can be made. It's a first step, but that cooperation could build  even further." 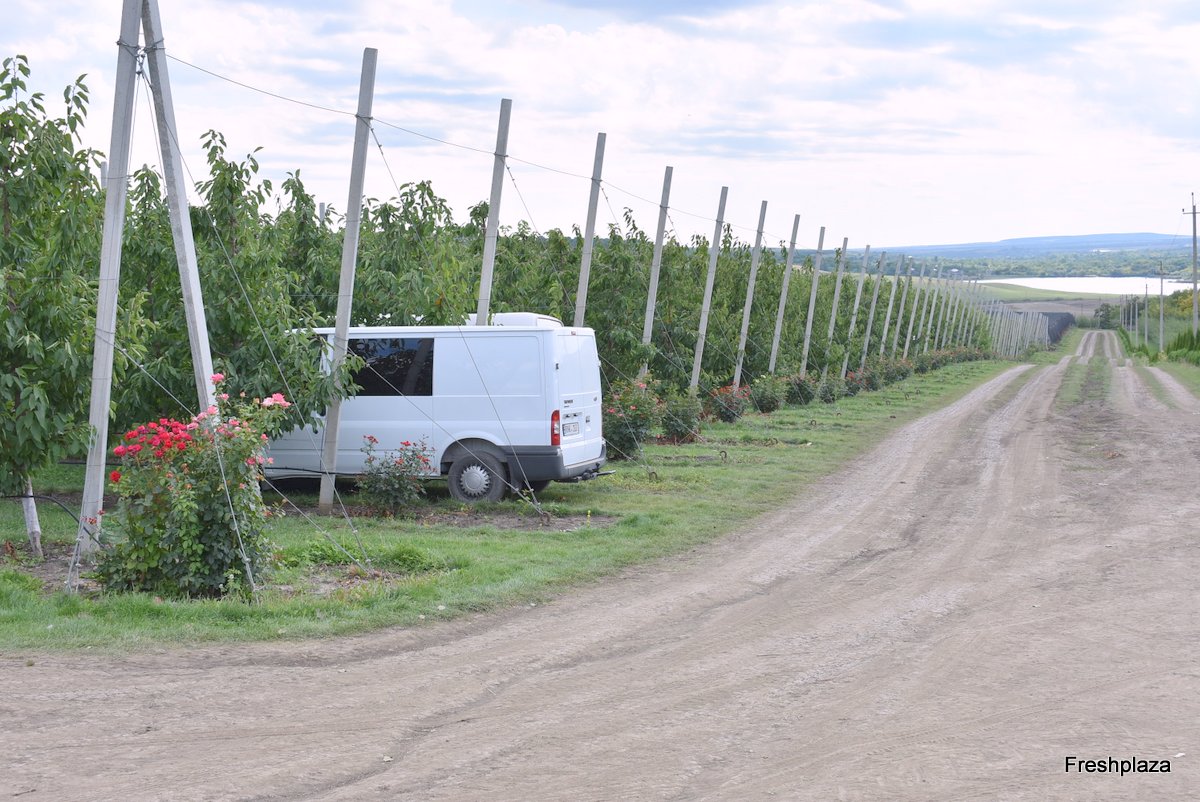 Modern sorting lines, particularly optical ones, are very pricey and often an unreachable goal for individual cultivation companies. A cooperative model - jointly purchasing advanced sorting and packing machines for common use - would be most useful. That would also further reduce production costs and guarantee consistent quality of, let's not forget, a product of unsurpassed flavor. 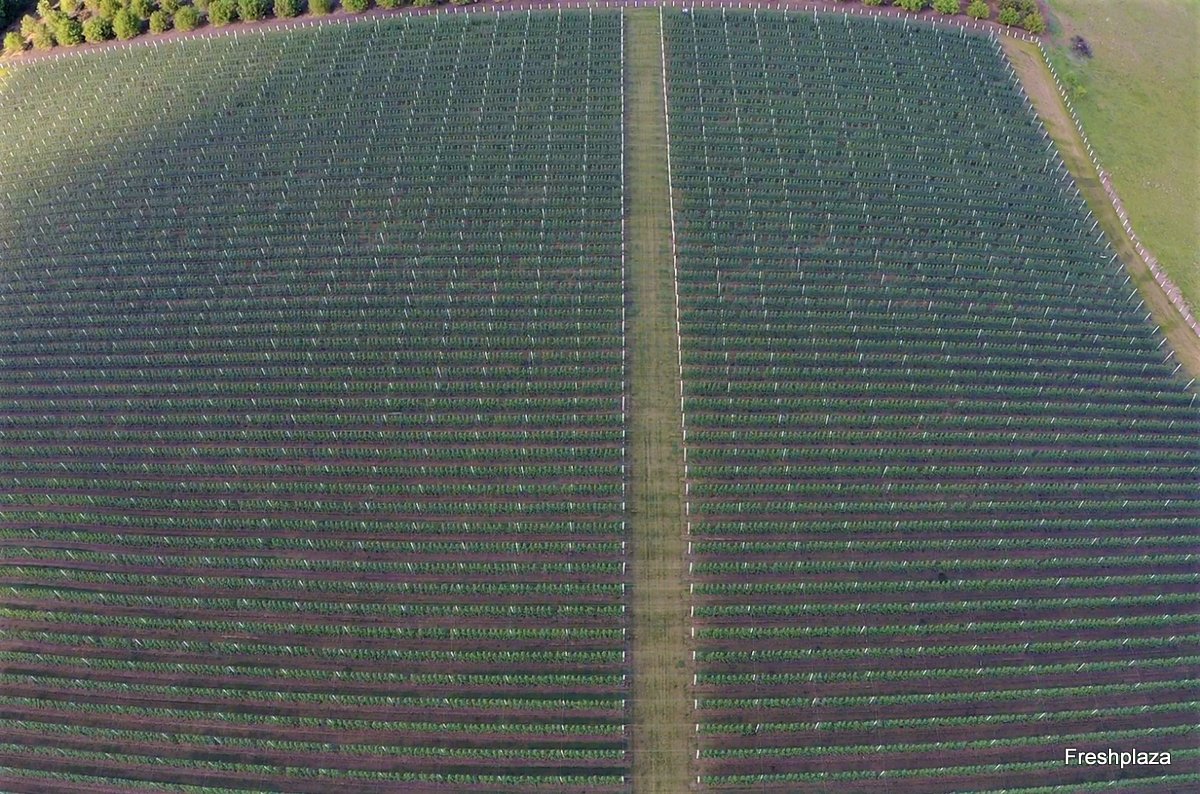 The orchard seen from above

Vardan Agro does not only excel in apple cultivation; it also grows lovely, large cherries. "This segment, too, still lacks post-harvest capacity. We especially need a hydro cooler to keep the cherries nice and firm and extend their shelf life. We're hoping to get grants to realize that project. It would undoubtedly open many doors for us on the international market," Stanislav concludes.