The company featured in this article differs somewhat from those we have already covered in this series. The Miorita apple farm lies near Balti, Moldova's fourth-largest city, and unlike the other companies, it is not building on old Soviet-era orchards. The first plots were planted in 2011, and parts were immediately filled with club varieties.

The orchard is located on a lake and with the possibility to expand. Click for larger image.

However, for the company's foundation, we have to go two years further back in time. "We started in 2010 as a cold storage facility for apples we bought from other growers," says Valeriu Matcovschii, Miorita's director. "But we encountered quality issues and struggled to find the right varieties, so we decided to establish our own orchard. We bought a piece of land and began planting Italian and French varieties. Even the trees came from France, from an area with a similar climate to Moldova." 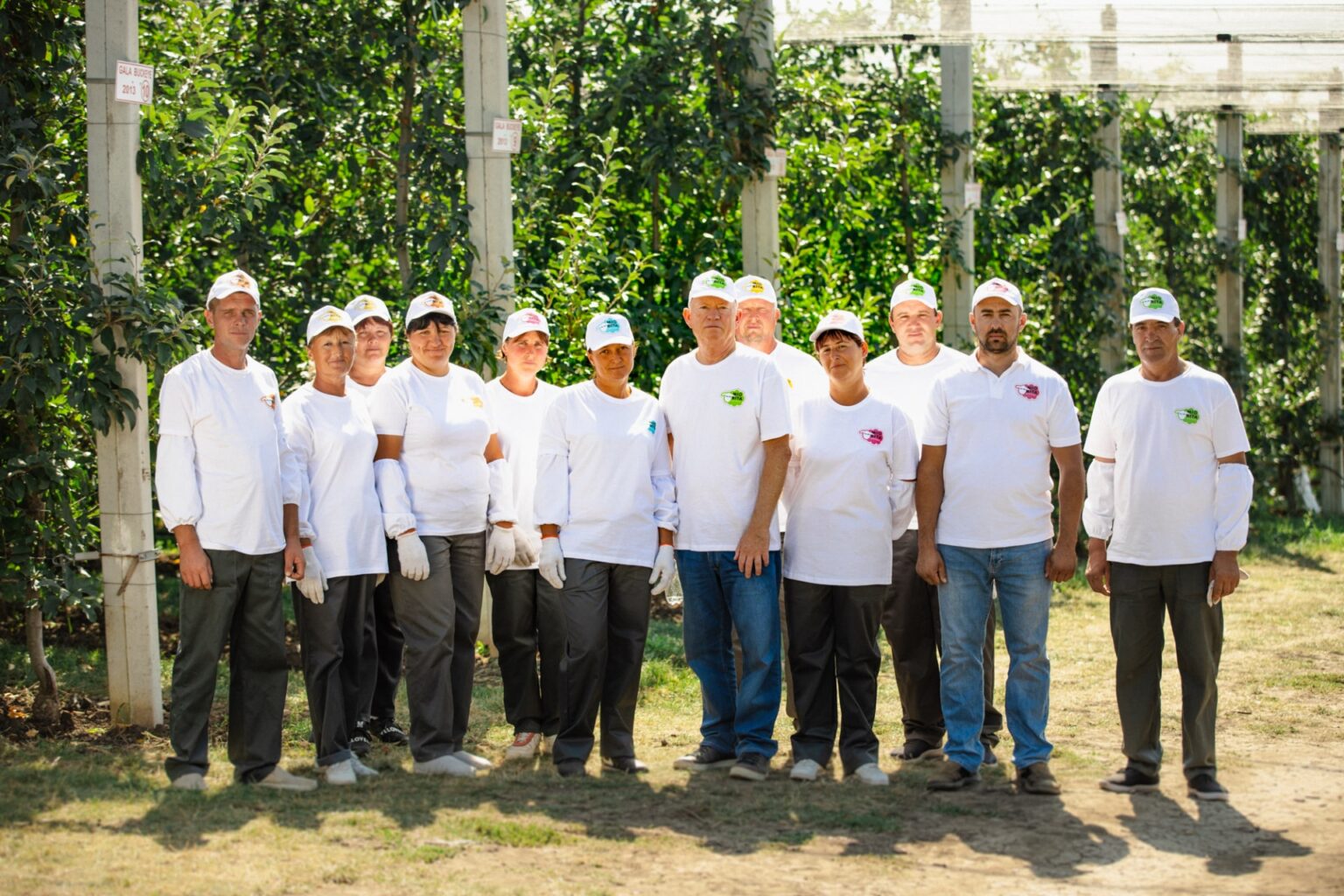 Club varieties
Miorita focused on club varieties from the start because it wanted to be a modern company from the get-go, with a view to possible market diversification. Alongside the Braeburn Aporo, Granny Challenger, Superchief, Gala Buckeye, Crimson Crisp, Dalinette and Story Inored club varieties, this company also cultivates Golden Delicious, Galaval, Dalinette, and Jeromine apples. Until recently, they sold all these, including the club varieties, on the Russian market. That market was the easiest to reach logistically, and profit margins were highest there. 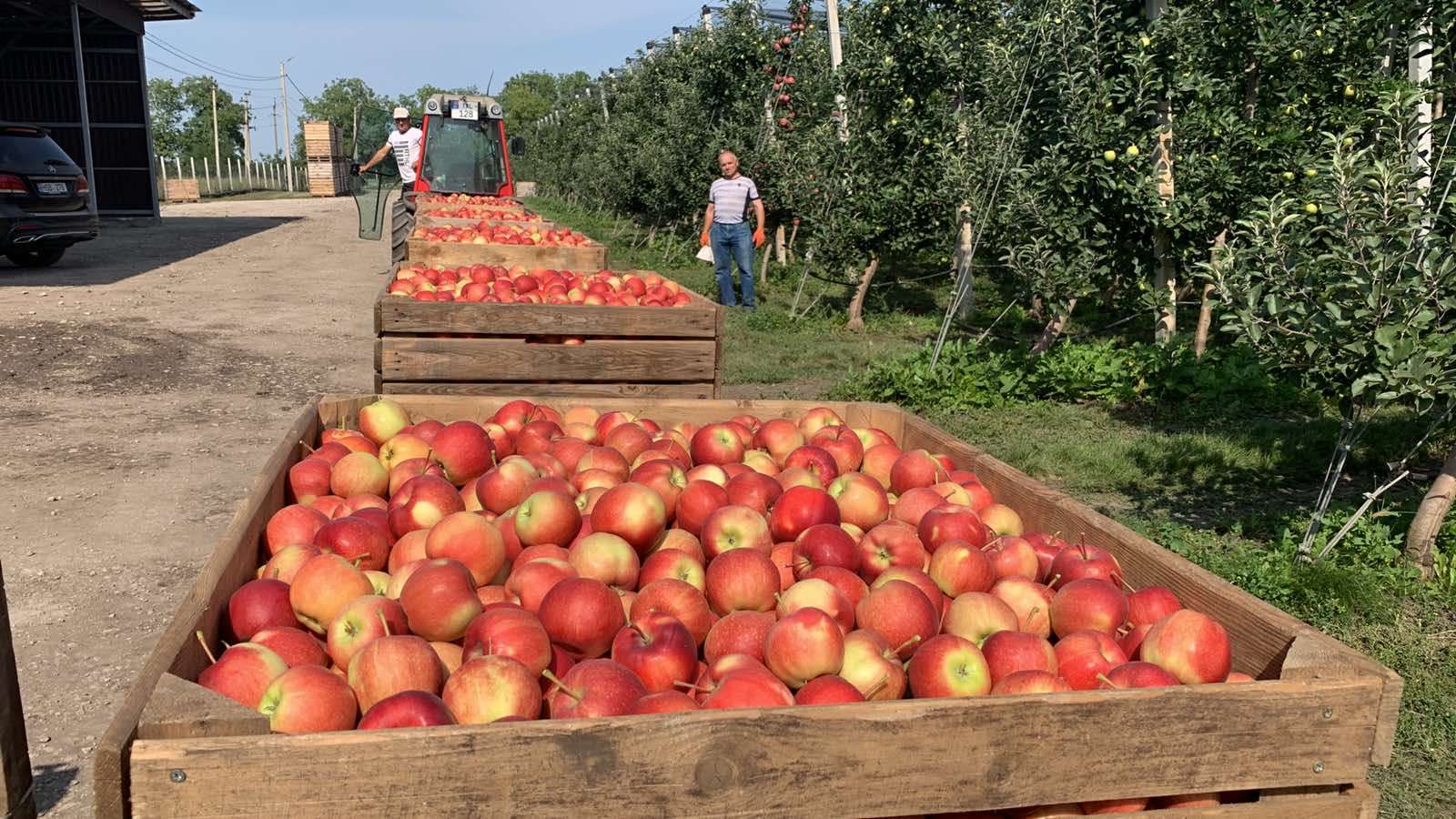 However, the mid-August embargo means the latest crop can no longer go eastward, and new sales markets must be found. "That's currently our biggest challenge, though we have the advantage of having six club varieties. A disadvantage is that we don't have a dedicated marketing team. Nor was that needed because our sales model was such that exporters came to us to buy the apples they shipped to Russia. We grow and store apples; we left exporting to others. Now, of course, we're forced to turn our attention to sales as well and we've already sold small quantities in other markets, especially in the Middle East," continues Matcovschii. 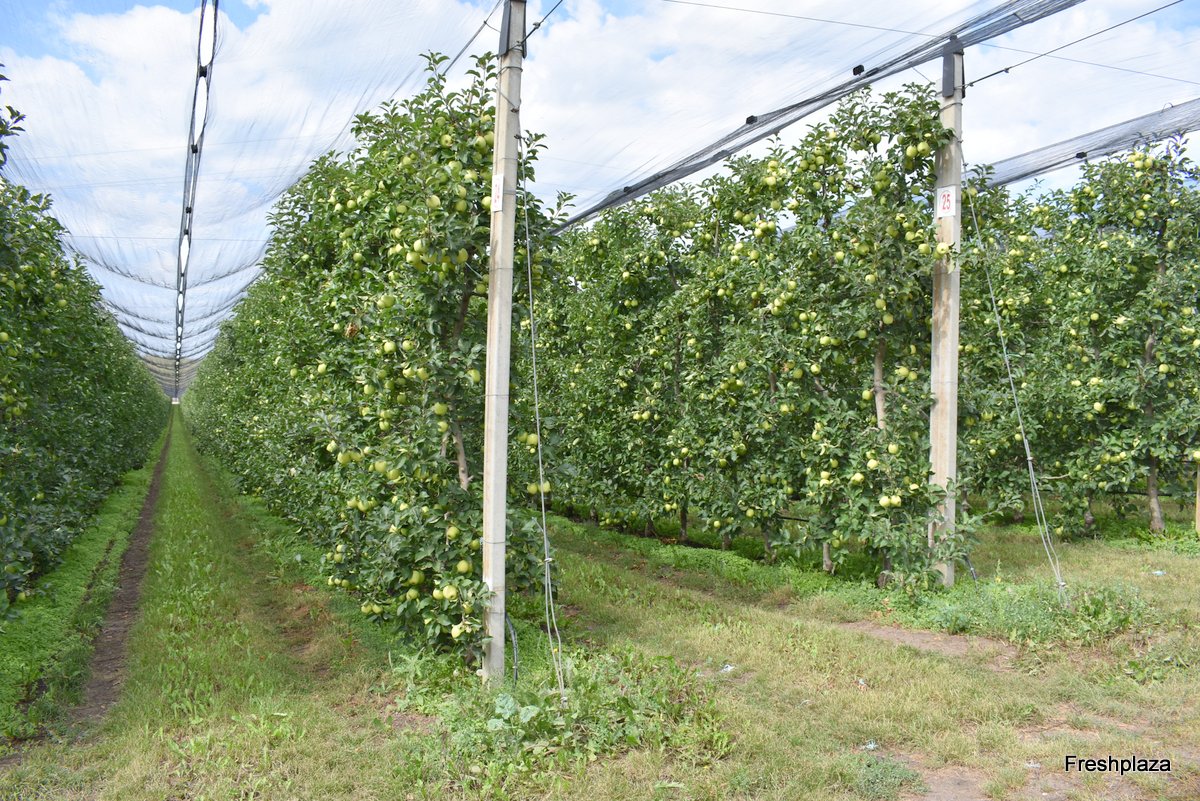 Tainted image
In Western Europe, Moldovan companies must start concerted efforts to convince buyers of their fruits' exceptional quality. The country's image is tainted. Italian growers receive €20 per bushel for their club varieties. Moldovan growers receive only €14, yet they still struggle to break into the Western European market. Many Moldovan growers, who supply quality fruit with unparalleled flavor, still miss out on sales because importers are more confident in products from familiar countries. 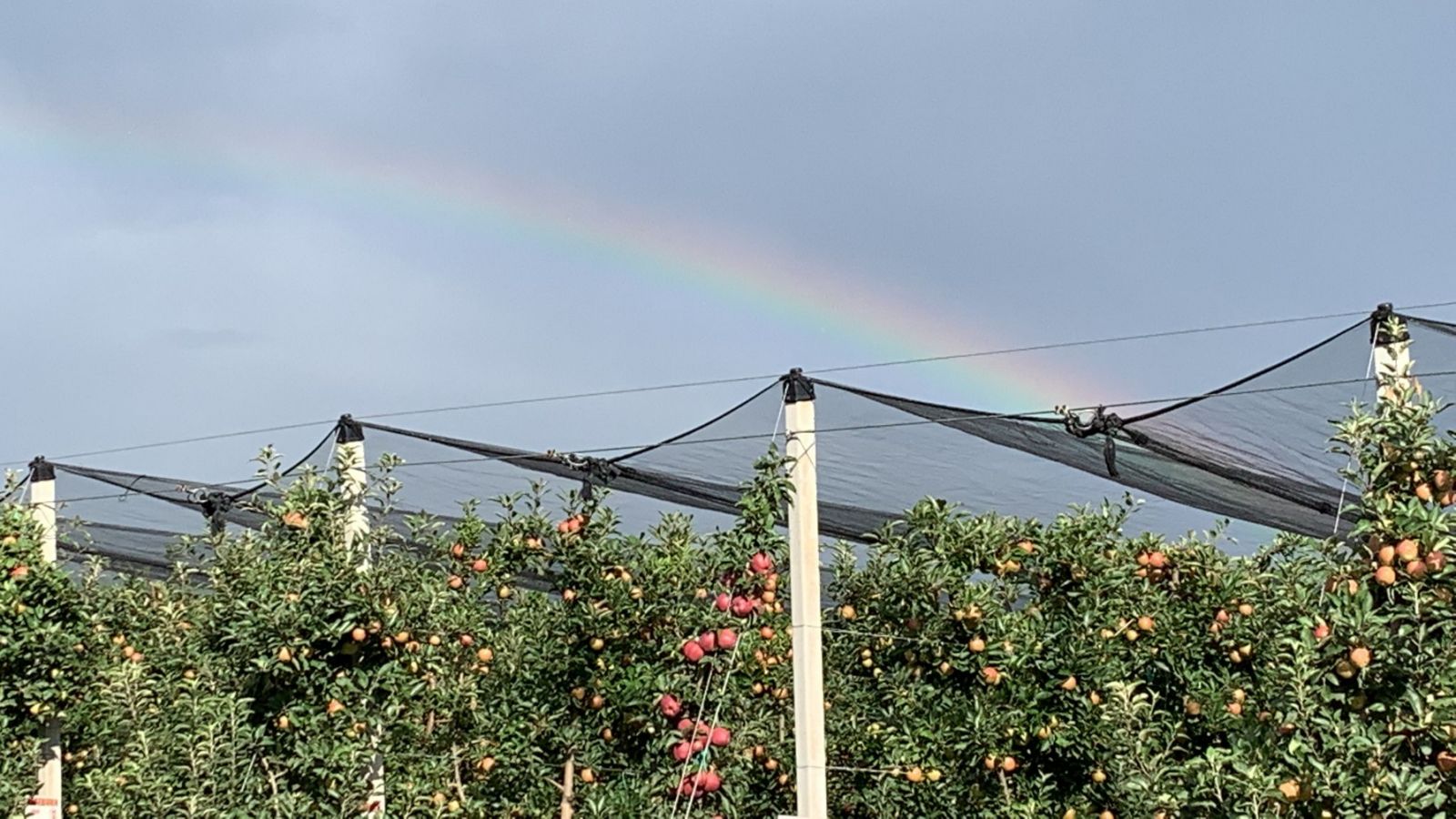 To change that, the sector, as a whole, will have to entirely focus on promoting its fruit, while individual companies will have to strengthen their marketing teams. Most Moldovan fruit companies are excellent growers but have long-neglected the trade aspect. That is somewhat understandable, with Russia, until now, having bought everything from the premium to Class II fruit. Now, the sector will have to spend money, even outside the orchards, on advanced sorting lines, modern packing facilities, marketing, and especially packing facilities and offices. Last year, for example, Moldovan apples were hardly ever packed in bushels. So, much is new for Moldovan companies. 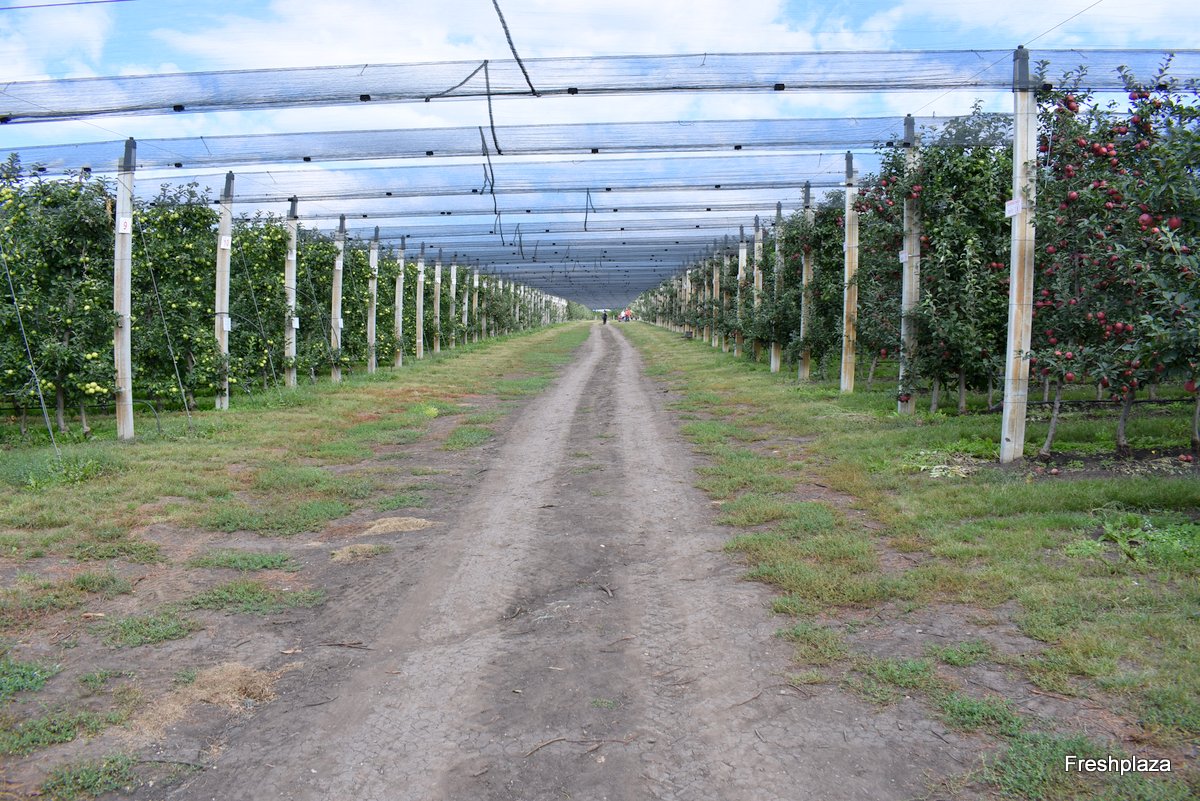 Even the path in the middle is covered

Cold stores divided per variety
Miorita no longer keeps any other growers' produce in its cold stores. It grows all the apples in its own orchards. They do not yet use a dynamically modified cooling system. Sales were not done per contract for delivery at specific times but through buyers who come to choose their apples on the spot. That meant the cold rooms were frequently opened, allowing oxygen to enter. "Hopefully, we can establish client relationships with predictable, structured sales. That will benefit the apples' storage too."

Miorita started as a refrigeration company for third parties

They also cannot yet pre-sort the apple by caliber before they go into cold storage. "There are two reasons for that. First, we still have a too-small sorting capacity for the enormous quantities of apples that come into the warehouse from our orchards in a short period. Also, each variety has different storage conditions, so we prefer to divide the cold rooms by variety rather than size. After all, we have no less than ten different varieties," the director explains. 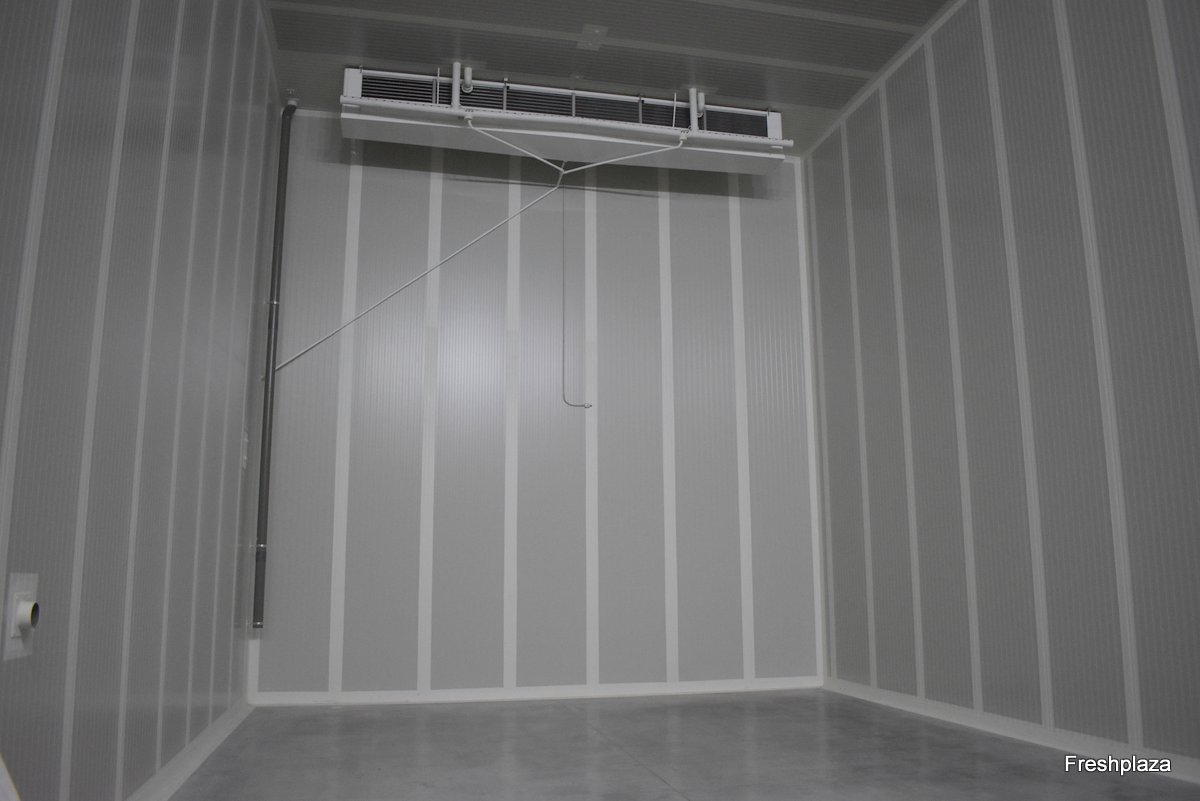 The company has a 26-hectare super intensive orchard that boasts the latest technology: from a drip irrigation system with electronic soil moisture control to anti-hail nets and an anti-frost system. The apple crop's average yield is quite high. In the case of Superchief, for instance, up to 70 tons per hectare. The conditioned warehouse has room to store 2,400 tons of apples, and the sorting line processes six tons of fruit per hour based on weight, diameter, color, and visual defects.

"Still, we hope to further modernize and expand soon. We want to seal the entire orchard with insect repellent netting and, in the packing station, increase the sorting line's capacity. We’ve also purchased the line for packing fruits in polyethylene bags of 1, 1.5 and 3 kg," concludes Valeriu Matcovschii. 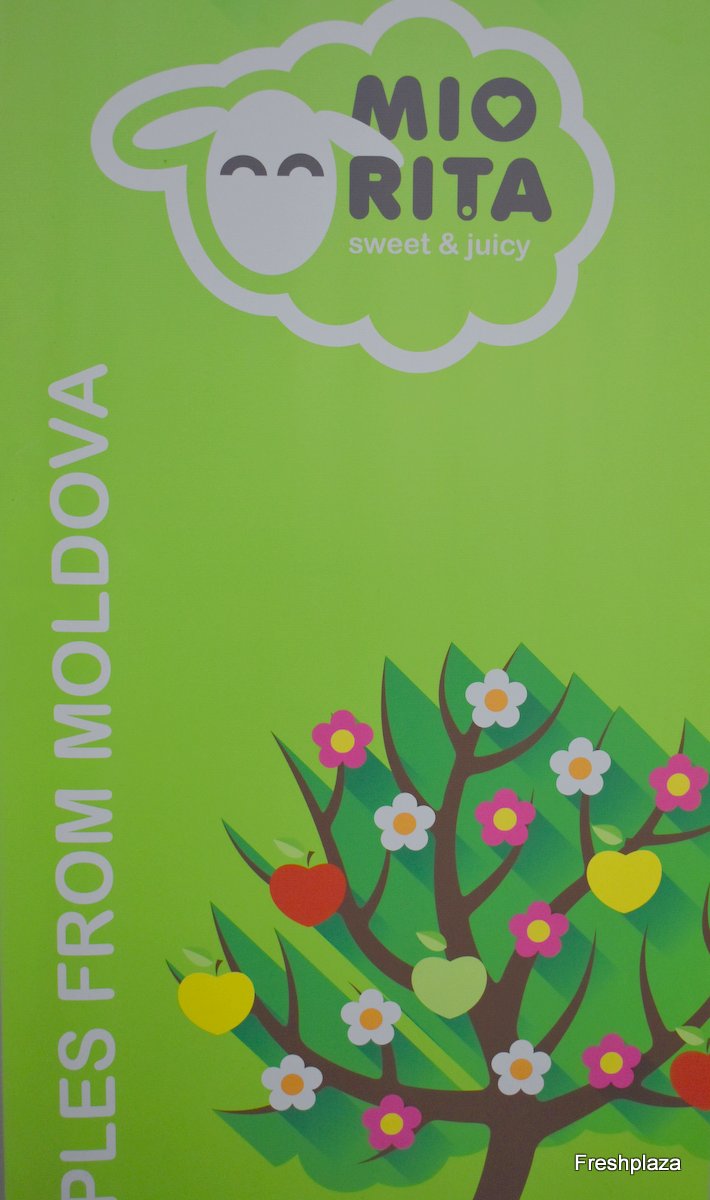 Miorita - which is GlobalGAP, GRASP and ISO 22000 certified - usually starts selling its apples in December, continuing until June.

Click here to take a virtual tour of the cultivation company. 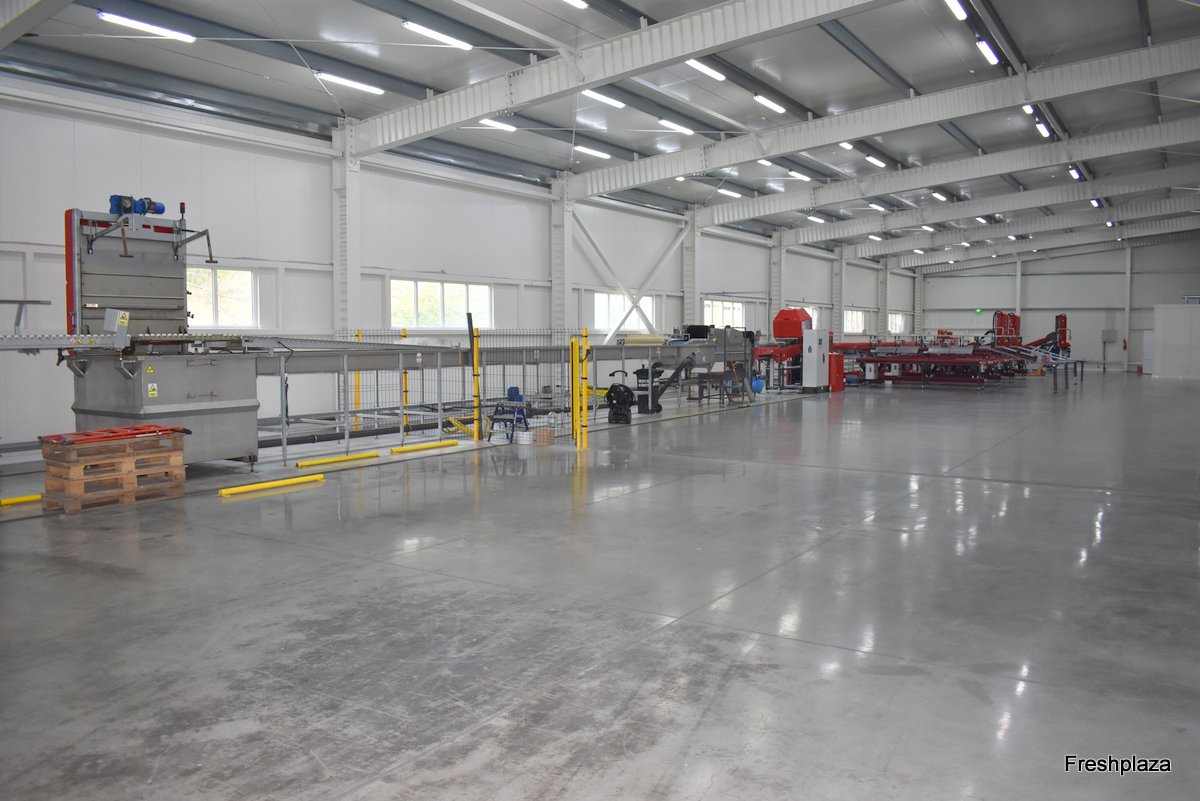