Oliver Huesmann of Fruitconsulting Ltd. is a consultant in the fruit and vegetable sector with a focus on Spain, South America, Germany, Austria and Asia. With his team he is currently preparing a mission with Spanish producers for retailers, importers and politicians in Thailand to present Spanish produce locally. This mission will also participate in one of the most important fruit fairs for Asia, Asia Fruit Logistica in Bangkok. Huesmann is also a consultant for Sanllo, in addition to other O&G producing companies. Huesmann spoke with us about current developments he has observed in some Asian countries over the past three months. 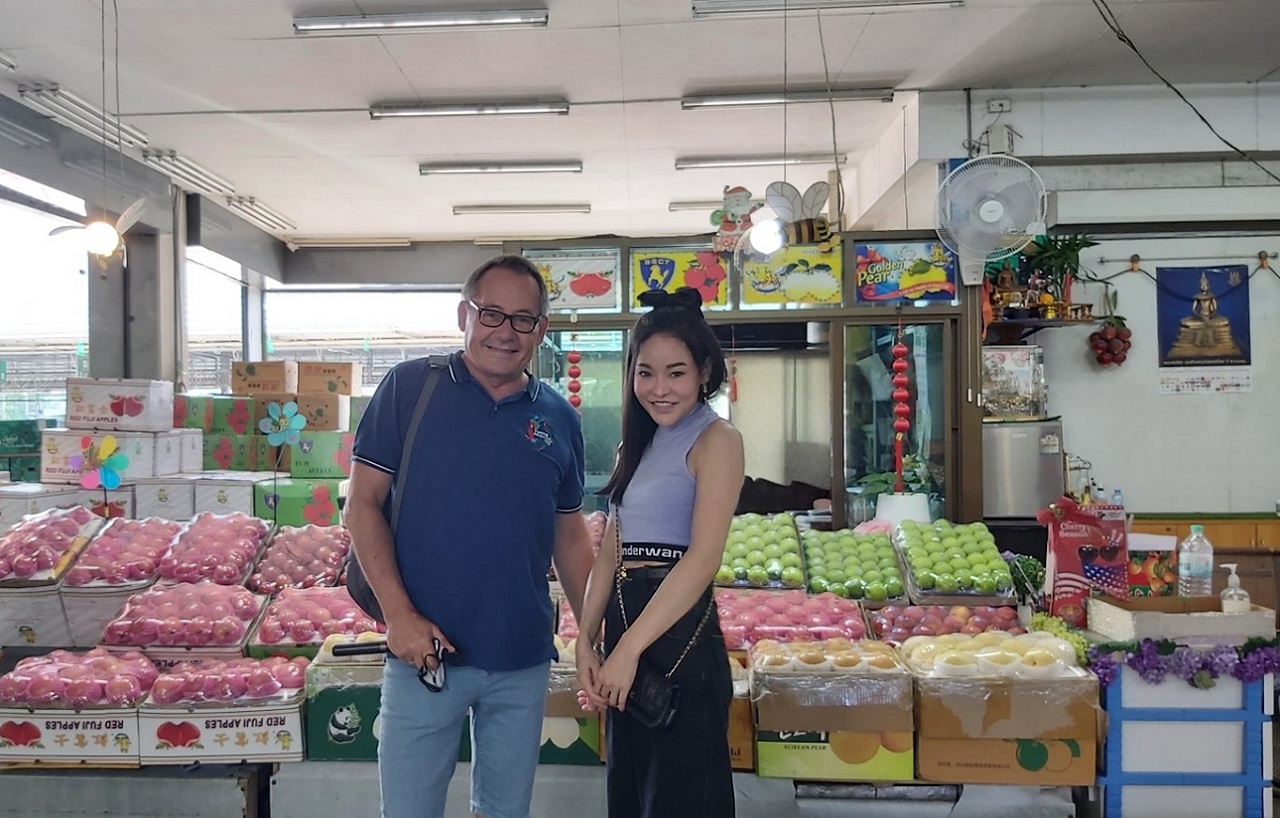 Potential for German cherries and apples in Thailand
Looking in Bangkok, Huesmann says it is sometimes even more interesting than the ports in Ningbo-Zhoushan, Shenzhen or Shanghai, especially for transporting goods to Southwest China, due to the distance involved. "From Bangkok, it is partly easier to get from A to B, because Bangkok's infrastructure is very well developed. Thailand should also be an interesting market for German cherries and apples. After all, Thailand is one of the countries where there are no cold zones and accordingly no products can be grown that require cold - such as winter vegetables or pome and stone fruit."

In addition, Thailand has become one of the most liberal countries in the region in terms of travel freedom since the pandemic, especially for business people, he said, which attracts many expats in particular. "Whereas China and Hong Kong are just centrally locked due to Covid-19. Therefore, in addition to the many tourists, many traders and expats are now turning their gaze toward Bangkok," Huesmann said. This also still increases the demand for imported products.

"Regarding German producers, such a mission is not yet planned for the time being. But it could be considered, because I also see a lot of potential for German producers to sell fruit and vegetables in Thailand. There is a fast logistics service offered there." To get a complete overview, Huesmann visited MSC and local logistics companies in Bangkok, among others, to take a look at the cold chains there. 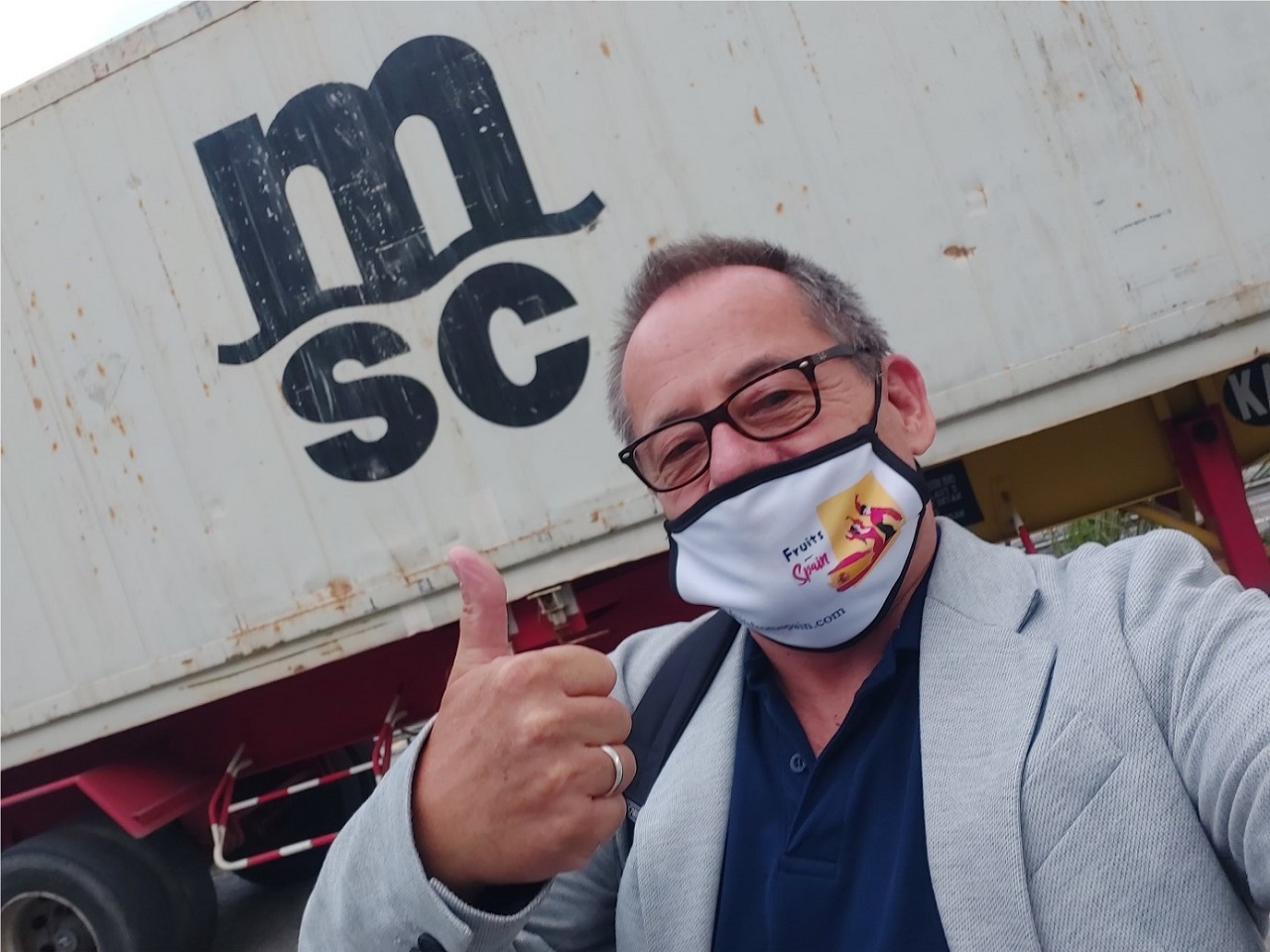 German products in Asia
He also knows of a major food retail chain from Germany, some of which is already selling oranges from Spain to Asia as high-end produce, while a major German discounter is opening more and more stores in China. "Vegetables are not the big seller in Asia. But the fruit is very highly regarded in most Asian countries, and it is often bought as a gift and not just as food. Basically, there is a lot of interest in anything from Europe because food safety is higher than in some Asian countries. A kilogram of oranges from Europe sells for the equivalent of 4.00 euros in China, while a kilogram of the same domestic product sells for 0.20 euros."

The new supply chain law will also bring new challenges, he said, as logistics companies may not be able to implement some things. "The Asian market is also interesting for sharing knowledge, such as for packing houses, refrigerated logistics companies, etc. There are still markets in Asia that need the this information and help because they lack the forwarders to do it."

Gigantic growing market in Asia
"Asian markets are growing enormously. Whether it's two percent or eight percent makes no difference in the end, because we wouldn't be able to supply them with the necessary quantities anyway. Even a two percent growth, with 1.4 billion people, means we couldn't produce enough at all. We have to diversify in Germany and Europe to such an extent that we can produce and trade under global conditions and with a proper CO2 budget. We have to fit in globally somehow. Conversely, the European market is not necessarily interesting for most Asian fruits and vegetables in fresh form, because this market is no longer growing."

"Even before 2020, pretty much all of our trade was optimized. But as soon as one mistake happens, the system collapses because we only work in low margins and just-in-time. As soon as one cog doesn't work, things just get tight in some places." In addition, some chains had had sales drops of up to 30 percent in fruits and vegetables, further complicating the situation.

"Apart from Elbe Obst, most German companies with export capability are still in deep sleep. People are not aware that there is a huge market in Asia - and that the German market is becoming increasingly uninteresting. It has no space, no margins and no more money to ensure a sustainable and interesting supply chain."

Cooperation between Sanllo and Vietnam
"Among others, I look after the company Sanllo, which is also represented in Malaysia, Singapore, China, Canada and in the USA. For this, I was in the Mekong Delta in VVietnam, where we are working on the import of Pink Flesh Pomelos, Pitayas and Limes. We are mainly trying to arrange cooperation between Vietnamese producers and Sanllo's branch in Germany," says Huesmann.

However, there are currently still problems regarding reliable shipping connections from Vietnam. "It is particularly important for food retailers to be able to receive regular supplies. Because he is not interested in receiving three containers this week and then none the next week, but in receiving a container every week or the same constant quantity in a certain period of time. But that's not possible at the moment," Huesmann knows. 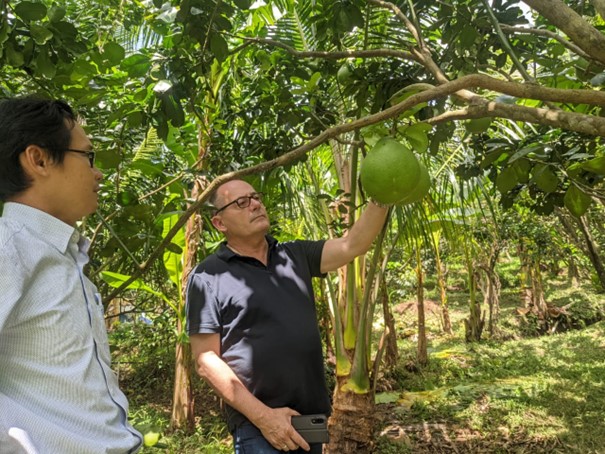 Building trust in products
What needs to be started, however, is to make Vietnam better known in Germany, in order to be able to establish trust. "Certificates are not a problem in and of themselves. What is missing is trust in Vietnamese products. In Germany, some start-ups have established themselves that offer Vietnamese street foods, which will make the food better known in this country. In addition, it would also be good to involve representatives from chambers of commerce to introduce pomelos, for example. After all, these products have a long shelf life and can be kept in the cooler for several months."

Lack of market knowledge prevents expansion
In summary, it can be said that certificates are not the problem, but rather the question of how the goods can be shipped to Germany, what the situation is with regard to security of supply and improving local market knowledge. "People are very open, but since the producers mainly move around in their own country, they just don't get to see what's happening in Rungis, for example, or at chains like Metro, EDEKA and the like. Putting them in a position to be able to do that would be good." According to Huesmann, more than 80 percent of Vietnamese producers produce either for the national market, direct neighboring countries or for China. "Of course, that's a lot of dependency, which results in market blindness." 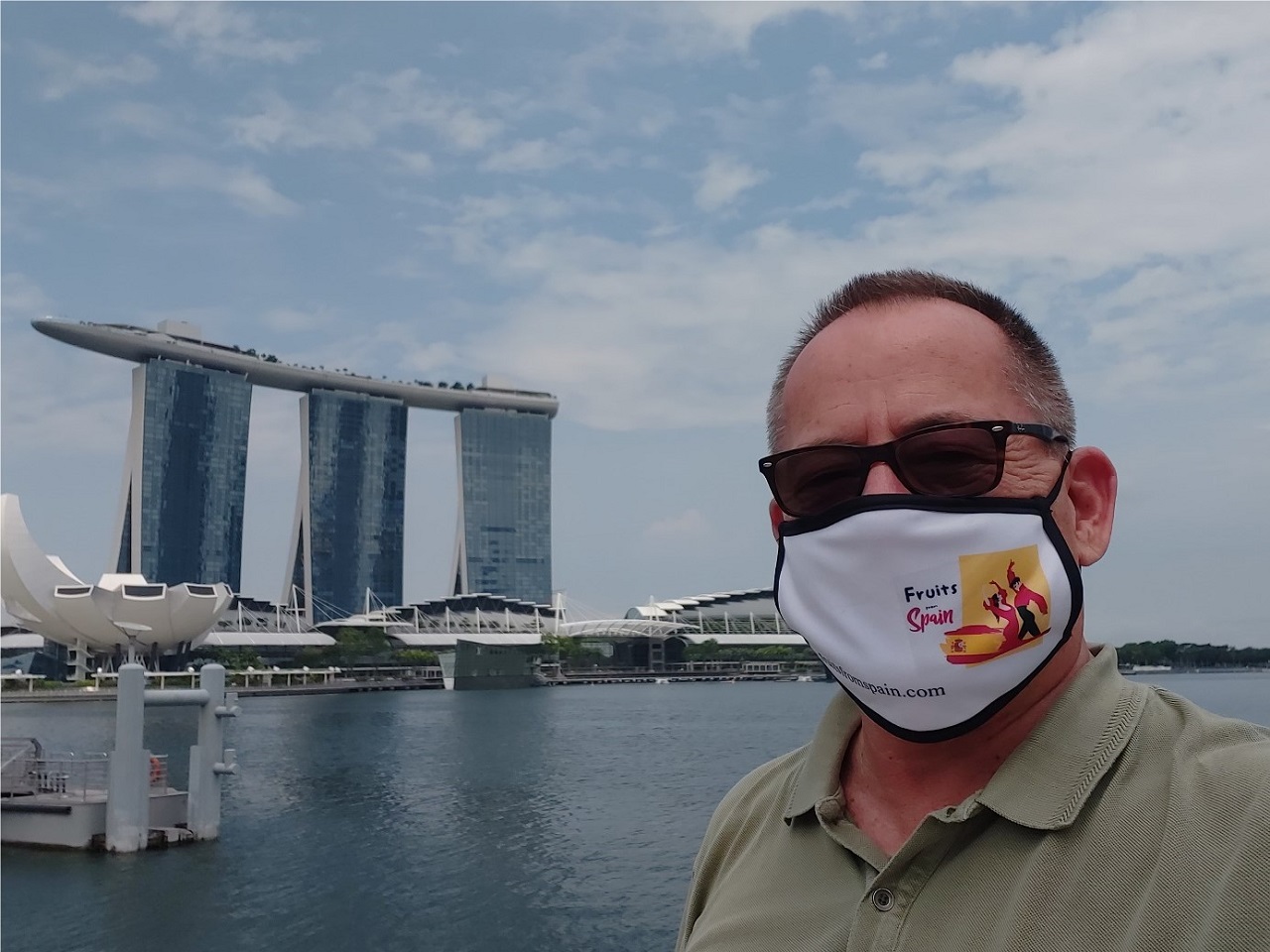 Singapore has an import requirement of 100 percent
Singapore has an import requirement of 100 percent, which of course makes it an interesting market. So does Hong Kong. "India has a population of just under 1.4 billion people, a large proportion of whom are poor. About 300 million are, in turn, extremely rich. In turn, these are the ones who in some cases pay 13-17 euros for fruit for which we pay just 3-4 euros in this country. More people are gaining wealth every year."

With increasing volume and improved logistics, prices would also fall accordingly, because more mass could be produced and logistics could be managed on much more favorable terms. "Knowing that in the next two decades about two-thirds of the world's middle class will be found in Asia, we should also be aware that this is where prices will continue to be shaped and where purchasing will be determined," Huesmann said.