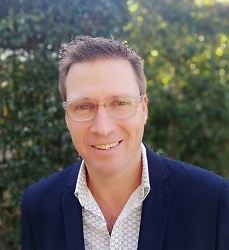 Blueberries from South Africa’s northern provinces are starting to come in, the first exports will commence within a week or two.

“Everybody is recovering from a tough season last year and every effort is being made across all value chains to try and get quality produce out in good time,” says Brent Walsh, the CEO of BerriesZA (right).

He remarks that the feedback the organisation (which represents blueberries, raspberries and blackberries) received from buyers and retail clients at Berlin Fruit Logistica this year was that they remain very pro-South African fruit.

Last year was an anomaly, he explains, with a lot of rain incidents very late in the year for the Western Cape, where the majority of South Africa’s blueberries are grown. Rain during December was particularly onerous and unusual, as this is the time that blueberries are harvested and sent straight to export – where exporters encountered shipping and loading delays which exacerbated quality problems.

“It is understood there were extenuating circumstances to the poorer quality last year but it’s extremely important to maintain the historic expectation of high quality fruit from South Africa. There’s not much we can do about rainfall but we can monitor and control what gets packed and sent out. Exporters then play their role to minimize logistical challenges. The implications of not taking out containers on time is really, really significant,” he notes.

“If we can work on our timing and logistics, it gives buyers some comfort regarding arrival times and volumes, in order to manage what’s on their shelves.” 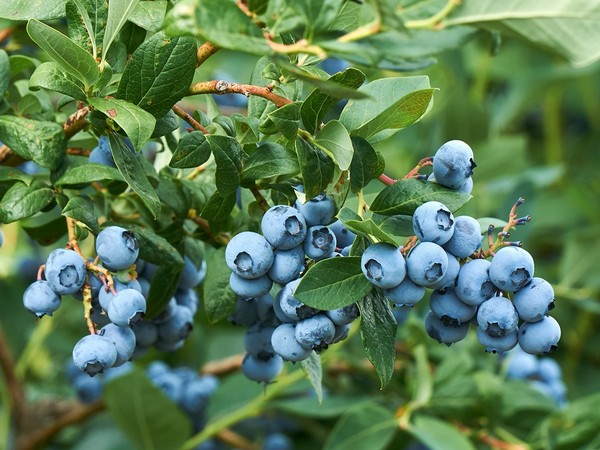 His job is to make sure the berry industry is heard and prioritized, vocal about its needs, to maintain credibility and shelf life. He says for them the takeaway from last year has been to make sure they engage as much as possible with exporters, with shipping companies, and with industry bodies like the Fresh Produce Exporters’ Forum that now has a resource dedicated to logistics.

“Shipping companies are very aware of what the past challenges were but there have been some constructive conversations and there is the intent to improve logistics.”

“There’s very active engagement with Japan at the moment to see how we can facilitate market access for South African blueberries. Our priority is looking into the Far East: everyone has China on their hit list because the country makes a lot of sense from a volume perspective.”

South Korea would be another very good market, despite “quite a few challenges” to opening that market. South African blueberries already have a footprint in Malaysia, Singapore and Hong Kong, as well as in some Middle Eastern countries.

Israel and India are two other potential markets they have on their radar. He observes that the national agriculture government has been doing a “fantastic job” in keeping them informed of required phytosanitary processes which BerriesZA helps to facilitate. 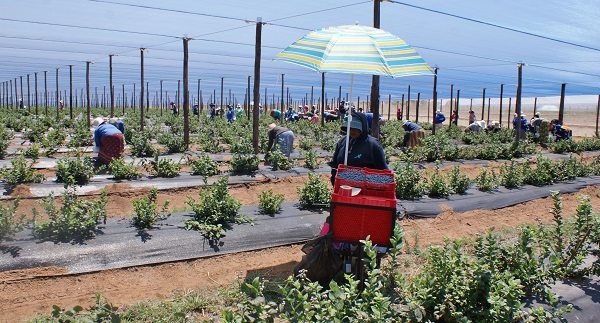 BerriesZA German campaign translated to hard gains
“We’ve been doing the north-south route for a fair amount of time, we’re very familiar with the EU and UK markets and they remain a priority to maintain and look after.”

As a result of the BerriesZA campaign run in German trade media last season, blueberry exports to Germany have increased quite a bit, Brent notes. They will again this season target specific export markets at specific times.

They have also acquired retail data on local blueberry consumption; they “most definitely” have not yet seen the best from the South African market, he maintains.

Brent was previously the COO of the Sports Science Institute in Cape Town before he decided to apply as executive head of South Africa’s berry industry body. “Operationally there are actually a lot of similarities between the Sport Science Institute and BerriesZA,” he explains. “Both are not-for-profit companies with a similar style of operation from a governance perspective.” 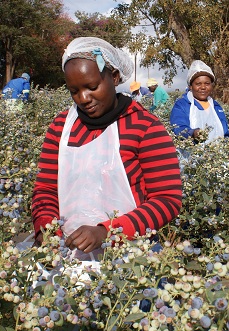 The board of BerriesZA board has plenty of technical expertise, but what they realised they needed, he says, was an executive team to maximise opportunities that sit in the industry, to create additional capacity to drive the growth of South African blueberries and to leave non-executive directors free to run their farms or their exporting businesses.

He points out that the general manager of BerriesZA, Elzette Schutte, has extensive experience and contextual knowledge of the berry industry, with a sound understanding of the market, so there was no need for a CEO to bring that to the organisation.

“It’s an exceptionally optimistic industry where everyone’s looking to do their best and everyone has been very open to sharing knowledge with me.”

As the 2022 blueberry harvest picks up steam, they’re keenly watching logistics traffic. Delays with citrus could have knock-on effects on summer fruit.

At least, he says, container prices are starting to flatten and shipping costs are starting to ease. “It’s starting to move in the right direction. Of course we’d like to see a faster improvement but at least there is engagement and an intent to improve on last year from an operations and logistics perspective.” 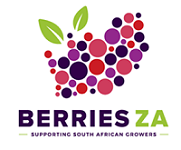