In Europe, the old onion season is gradually making way for the new. "There are still a few old onions. There were plenty of opportunities to sell those onions, but this is growers gambling on the last hole," says Gerard Hoekman of Mulder Onions in the Netherlands.

Unsurprisingly, there are still Dutch onions from the previous crop in storage. But, what is unexpected is that there are still old onions from Germany and the United Kingdom on the market. "That's very surprising, and they are good quality onions too. I don't think that's ever happened before." 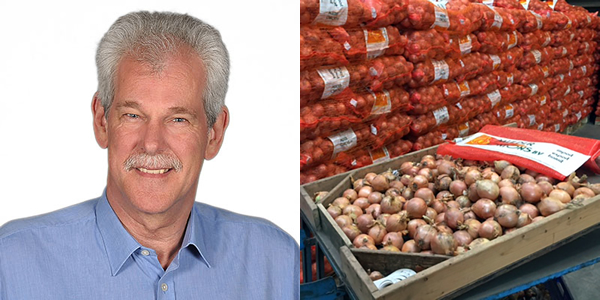 According to Gerard, there is not yet a genuinely wild demand for the new onions. "There are some shipments going overseas. Africa is never strong on the market at this time of year, and a stray batch is going to the UK, but exports still have to truly pick up," he says. "Egyptian onions are also selling quite well, but not spectacularly. Prices are very stable."

Gerard says it is still far too soon to make a forecast about the new season. "First, we have to see how everything grows and flowers. You can have a bit less acreage, but if you get more tons from a hectare, on balance, it doesn't make much difference. Transportation, by road too, is also making a big impact these days. It's challenging to find a truck to carry your wares. That doesn't make trading any easier," he concludes.