"Despite record exports, the onion market's mood's been bland just about all season"

Last Wednesday, Monie, an onion sorting and packaging company in the Netherlands, received new winter onions harvested on Monday. According to Eric Moerdijk, they look good. "But apart from that, it's hard to predict anything about the new season. The spring onions still need a while in most places. Rain would also be welcome, though the soil's generally moist enough. The growing season's been reasonable so far, but the seed onions still need to grow." 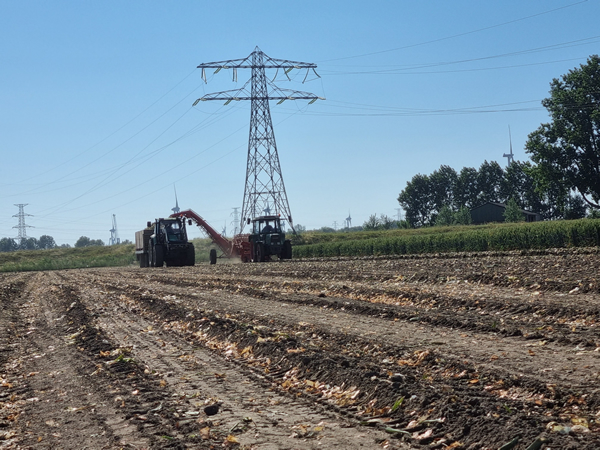 The new season's first onions have been loaded.

"Yet, now, at season's end, the market still has plenty of, unexpectedly, high-quality old onions. I honestly think sales are still going reasonably well, but there are also still lots of onions available. Most of the onions that currently leave our facility go to the European retail sector. However, the export figures show that the overseas export markets are also still quite active."

"But the season's coming to a right end now, and stock market listings are dropping further. The question is what the new onions' price level will be. And whether certain destinations will switch to the new crop or continue with the old one for a while longer," Eric wonders. 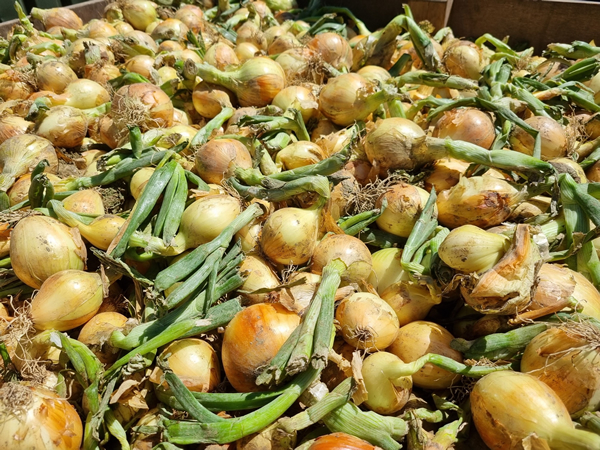 All-in-all, the mood remained somewhat bland this whole season, he says. "The dedicated growers made the most noise. Although we're going to book another record export this year, the surpluses will affect the overall mood. There should be less acreage next season, which could mean lower volumes."

"Though higher yields per hectare could easily lead to the same tonnage. Also, all the increased costs, from cultivation to shipping, have a great impact. Certain destinations have a tipping point at a certain price level which could lead to less demand. That may be reached earlier next season than in other years,"  Eric concludes.