Willi Sippel on the expansion of his open-field portfolio

"Mini-Romana allows for higher yields, which means a better utilization of the available space"

Due to the increasing importance of hydroponic lettuces in Knoblauchsland and the trend towards small-sized vegetables, the classic open-field lettuce is increasingly coming under pressure. "We have responded to this trend, replacing classic mixed lettuce with mini romaine for the first time. Compared to the tried-and-tested open-field lettuces, the mini-romana has a higher yield per hectare, which means a better utilization of the available space. Furthermore, the crop also fits seamlessly into our crop rotation," says Willi Sippel, vegetable producer in Nuremberg's Knoblauchsland. 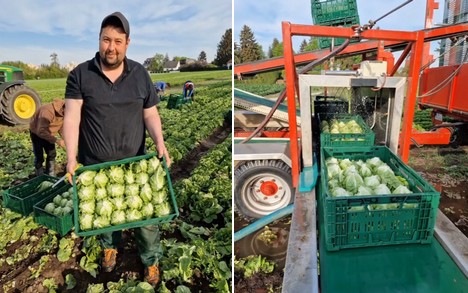 Mini romaine lettuces are often referred to as lettuce hearts, as the outer leaves are removed during harvesting and only the lettuce heart remains.

Currently, the mini-romaine grows on more than 15 hectares, Sippel continues. The range expansion has been accompanied by investments in machinery, he adds. "A few weeks ago, we had a flowpack line installed so that two pieces of the Mini-Romana can be packaged in line with market requirements. As a low-price item, most of the Mini-Romana - over 90 percent of total sales - goes to food retailers in southern Germany. The remainder is marketed via the Nuremberg wholesale market." 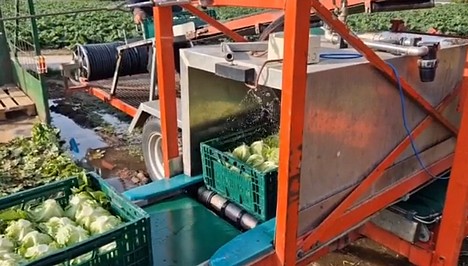 The Mini-Romana is washed and packaged immediately

Expansion of radish and leek production
In addition to Mini-Romana, Sippel has also decided to expand the capacity of its existing radish and leek production. "In the case of radishes, we have been able to realize an area expansion of 40 percent, as regional produce from Bavaria is becoming increasingly popular. Vegetable production is tending toward specialization and maximization. This also includes processing and packaging at our own location, which is why we are increasingly investing in modern technology for our crops," says Sippel, pointing to the radish washing plant.

Meanwhile, the passionate vegetable grower is facing today's challenges as well, such as climate change and cost increases. "Weather conditions for outdoor cultivation have been quite good so far, in contrast to last year, when we had some very cold spring weather. We are now seeing some yields and quality goods, which is why our produce can generally be sold off quickly and without any problems," Sippel says. 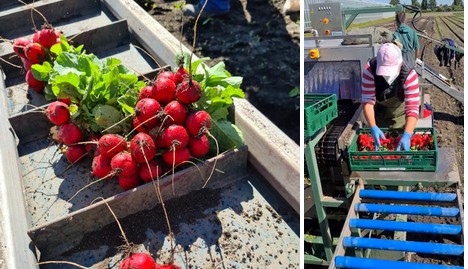 Thanks to sophisticated technology, the freshly harvested radishes are washed and prepared directly in the field. They are then placed in their respective crates and stacked on pallets.

Pricing discrepancies
Nevertheless, there is a significant discrepancy between producer and consumer prices across the range, he continues. "Our prices are about the same as last year, while prices at the POS are visibly increasing and we're being hit by cost increases in production." High prices and lower purchasing power have stalled the marketing of certain products because they can't compete with imported goods. "The market for fruit vegetables was very tight until a few weeks ago, but fortunately has now recovered somewhat," Sippel concludes.