Snow and cold temperatures have pushed back the start of the Oregon asparagus season.

“There’s just more wintery weather than we normally see at this time of year. We do get freezing occasionally but it’s not usually combined with those cold temperatures,” says Shay Myers of Parma, ID-based Owyhee Produce, which grows asparagus in both Oregon and Idaho. “Typically with our asparagus we plan on a freeze with the crop one time. It can handle freezing.” By now the season has seen at least six to 10 freezes this year.

Myers notes that asparagus doesn’t usually freeze until about 28 degrees. “So we thought we might be okay but that’s not the case. I got all the way down to 24-25 degrees and that finished the frost, though it melted relatively quickly,” he says, adding the region saw two separate days of snow. 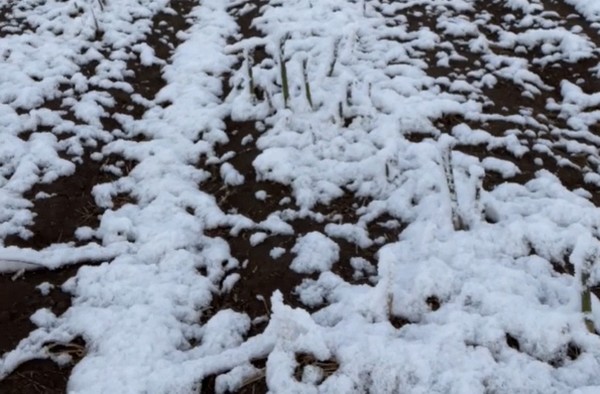 Delayed start
Generally the crop’s average start date is around the 12-15th of April. “It’s just more of a delay for us. We’re hoping we’re actually packing asparagus by this week so that’s 2 1/2 weeks behind normal. We’ll finish around the same time because there’s really no way to extend the season,” Myers says.

In the meantime, Owyhee Produce has brought in tractors to rototill the ground and restart the crop again given asparagus is a perennial crop. And looking ahead, temperatures do look more favorable. “Right now we’re slightly below normal on temperatures but we’re trending 15 degrees warmer than we were a week ago,” he says.