Morocco commits to stop building coal power plants, which are responsible for 41% of CO2 emissions.

At the COP 26 climate conference, Morocco made a commitment to stop building coal power plants which are responsible for 41% of CO2 emissions. Morocco has one of the highest rates of solar irradiance in the world. Its solar potential is exceptional, with annual irradiation values above 2,200 kWh/m2.

Morocco enjoys between 3,000 and 3,600 hours of sunshine per year and now the Kingdom has launched one of the world’s largest solar energy projects, costing an estimated $9 billion. The aim of the project is to create 2,000 megawatts of solar generation capacity by the year 2021. Five solar power stations are to be constructed, including both photovoltaic and concentrated solar power technology. Once completed, the solar project will provide 38% of Morocco’s annual electricity generation.

Since around 40% of electricity in the country comes from coal, at the COP26 climate conference in Glasgow this month, Morocco was among the 20 countries who made a new commitment to building no new coal power plants which are responsible for 41% of CO2 emissions. 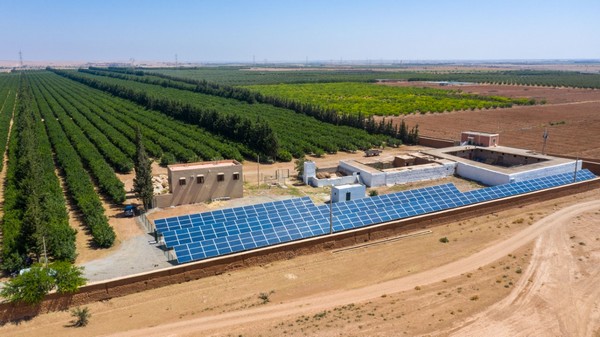 Today private sectors such as agriculture, which play a major economic and environmental role, understand the value of investing in renewable energy. The country’s largest source of wealth creation and employment is also the largest consumer of renewable natural resources. The installation of photovoltaic solar panels on farms represents a 2 in 1 solution, often adapted to the local context. On the one hand, it represents an additional source of production, on the other hand, it is a solution to make savings.

The development of solar installations in this sector makes it possible to exploit the sun sometimes dreaded resource: if it rains, the fields are directly irrigated; if there is sun, the panels feed the irrigation system. We have no numbers yet regarding the number of hectares that are relying on solar power but those who tried it are aiming to generalize it.

The Delassus group for example, a grower and exporter of citrus and snacking tomatoes, is committed to investing in solar power. Mr Nafide, Production Director of the Marrakech area, started covering the needs for energy of 70 ha of Nadorcott. He said: “I get sun power during 330 days per year. Thanks to the savings I make on electricity, I can cope with the increases in other charges, such as labor and fertilizers. Since the implementation of the solar system in May 21, my electricity bill went down by 44%” 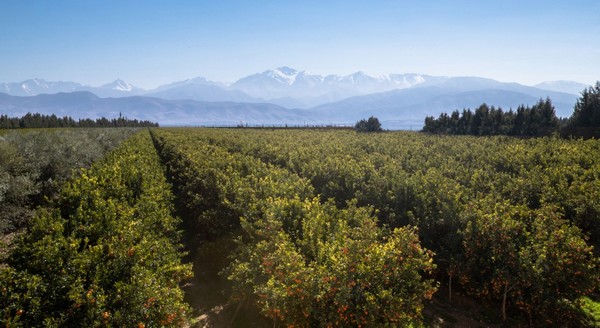 At their tomatoes operation in Duroc, the Delassus Group is preparing for the installation of a photovoltaic system. The investment will be carried out until the 450 ha of snacking tomatoes are all equipped. Mr. Azougagh, Director of Maintenance and Infrastructure for Duroc said that: “By August 22, we are going to have the energy requirements for 40 ha’ covered by renewable, clean sources of electricity. The first part of a photovoltaic system is currently being installed”.

Solar power is the key to a clean energy future. Every day, the sun gives off far more energy than is needed to power the whole farm. That’s why the Delassus group is investing heavily in solar plants. The costs resulting from the purchase and installation of the solar system, according to the first experience on citrus farms, can be recovered within 4 to 5 years as farms need electricity for drip irrigation all year around.

Delassus's citrus’ packhouse was rebuilt in 2016. The photovoltaic system was already a strategic project. Its 11,000 m2 roof has been designed to support enough solar panels to cover 60% of the needs of electricity. As the packhouse works only 7 months per year, amortization of the system costs should take 8 to 10 years. A motion is being considered by the Ministry of Energy to purchase surplus energy produced by companies. It will be then be easy and efficient to invest in Solar systems at the Delassus Citrus packhouse.