Bad weather and floods in Sicily

Just like three years ago in 2018, 2021 also registered incessant rain that has put the whole territory to the test as waterways have not been maintained in thirty years. The Catania plain between Lentini (Syracuse) and Scordia (Catania) has been the worst hit by heavy rain and strong winds. 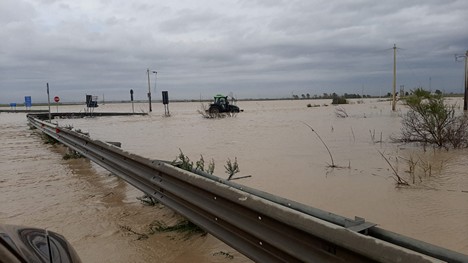 We are talking about driving rain (over 250 mm) and wind gusts of over 100 km/h which have caused serious structural and infrastructural damage. 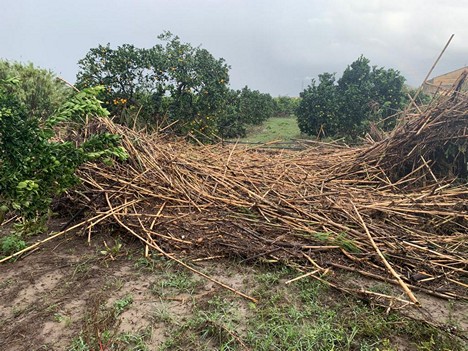 These include the company of Sebastiano Gambera in Scordia, whose body was found on October 25th after he went missing together with is wife (who hasn't been found yet). It seems the orange grower and his wife were in their flooded orange orchard and may have been swept away by the current. 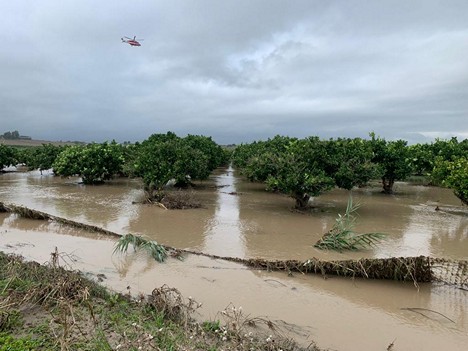 The cleaning of river banks may have nothing to do with it, but what was done for the maintenance of river beds? FreshPlaza talked about it with agronomist Corrado Vigo, who is an expert when it comes to the local territory. 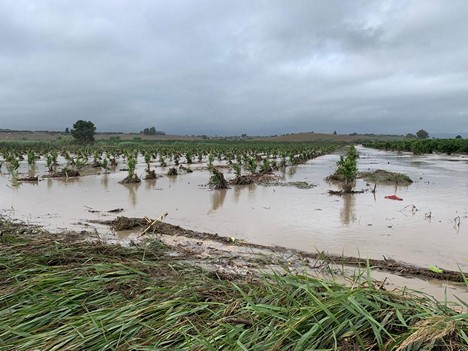 "There have been a few attempts to clean the waterways this year, but things were not done properly as the soil removed from the center was deposited on the sides, without restoring the original conditions. So, where does the water go? Of course it floods the surrounding area." 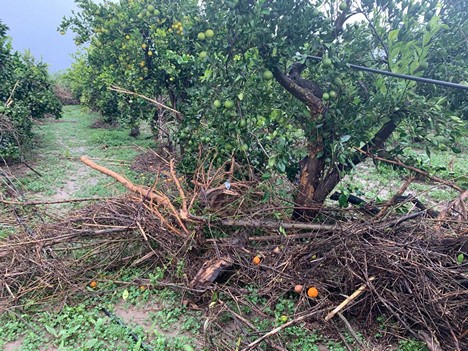 "All cleaning interventions must be started from the lower parts and continued uphill while, in this case, interventions were carried out in sections without any logic." 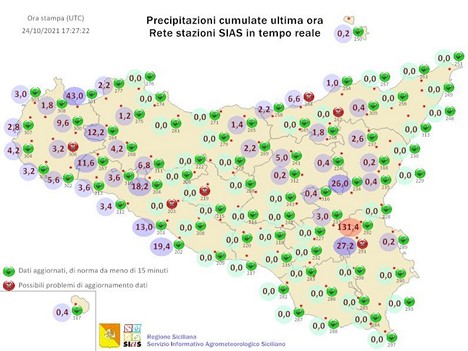 The photos in this article, excluding the rainfall pattern map above, were kindly provided by Mr. Vigo.