Six years ago, B4Agro&Food-Systems developed a new cultivation concept specifically aimed at a tropical climate, in order to allow Surinamese growers to achieve year-round stability in the production. The low-tech concept combines four forms of hydroponics which were not really used in Suriname until recently. Over a hundred projects are now operational and international investors have shown interest.

Local building materials
"While a lot of people are going for high-tech innovation, we have chosen low-tech," says Revinh Ramnandanlall, general manager of the Surinamese company. With this cultivation concept, they want to facilitate stable, year-round cultivation for growers in the tropics while avoiding huge costs. "All our materials, from wood to plastic, are produced in Suriname. Therefore, anyone wanting to scale up their project after installation can simply go to any building materials store." 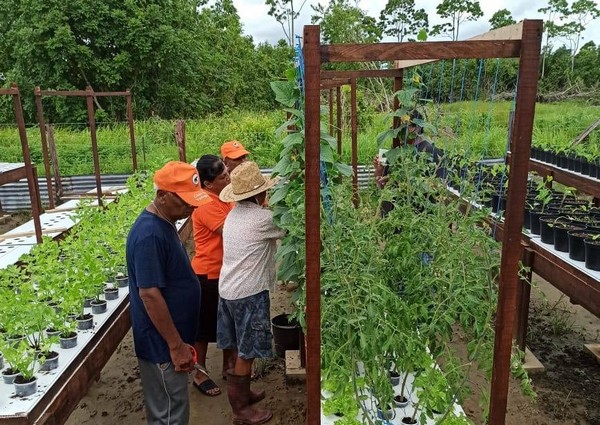 Simple but effective
In the low-tech system, B4 Agro & Food Systems opted for a mix of four hydroponic forms, namely drip irrigation, capillary irrigation, deep water culture, and Dutch bucket." As a result, a grower uses eighty percent less water than growing in the open ground does, and fertilizer use is also lower because of improved efficiency."

It is remarkable that the system can be made with relatively simple building materials, but it is particularly striking that no electricity or pump is needed. Nor is a greenhouse necessary. 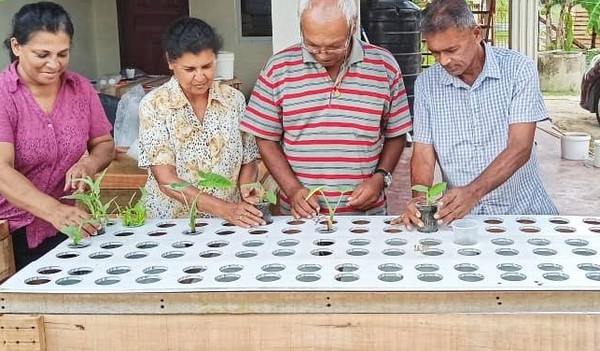 So the question is how Revinh keeps the water in the system in good condition. "This is the one billion dollar question. During the three-month training that we offer with the concept, we explain this step by step in six modules with both theory and practice, as both go hand in hand. One important aspect is working with local wood, but there are many other factors that make this possible."

Users
By now, more than one hundred grower projects have been set up. Eighty percent of them are private individuals with a (large) vegetable garden. "They want to know where their vegetables come from, and now grow them themselves. More than a hundred types of crops have already been grown on the system."

The other users are professional producers with growth ambitions. Revinh estimates about ten percent, while another ten percent so far are multinationals. "In the framework of their corporate social responsibility goals, they give the system to local communities."

Guidance
Since it is a low-tech system, growers recover their investment quickly. "At the start of a project, we offer guidance and 120 plantlets. Only when these are properly sold are we satisfied. We also offer training in sales."

A second package that B4Agro&Food-Systems offers consists of all the training from the first package (from sowing to harvesting to management, marketing, and sales), but also includes a small cultivation company and 1200 plantlets. "These plants are already in production and will yield a harvest within three months. In this way, a grower will earn back the investment within two to three years." 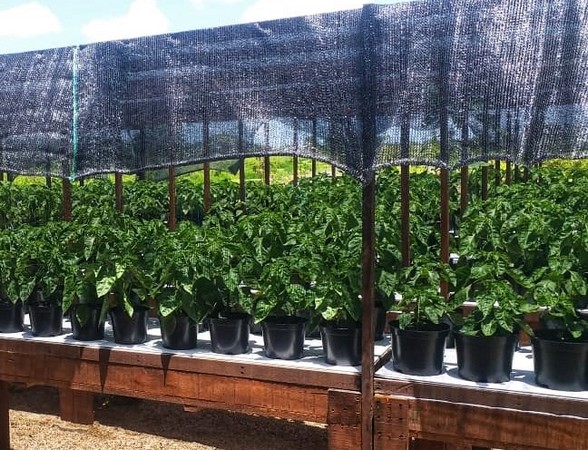 Investors
Now that the system is working so well in Suriname, the question is: what else is possible? Revinh says he is certainly open to further technical innovations, as long as they fit in with the current sales strategy.

Furthermore, they are working on internationalization. "Our system is applicable in all countries around the equator. The materials will vary locally, but the basic cultivation techniques can be adapted accordingly, after thorough research into the condition of those materials. We are now in talks with international investors who are interested in scaling up our low-tech innovation both locally and internationally."