Empaque Rio Colorado (ERC), a family owned, vertically integrated company that grows a wide range of vegetables on more than 9000 acres in 5 regions of Mexico, has announced the opening of their new sales office and distribution center in Miami, Florida, this fall.

Until recently, the company has largely focused its distribution along the West Coast with isolated shipments heading east but increasing demand has galvanized their efforts to open up shop and reach a broader audience. “We have been distributing our own label to the West Coast for eleven years, and, as a farmer for other major US importers, we have been exporting vegetables for more than 30 years now,” said Pablo Ornague, East Coast Sales Director for ERC.

“Year after year, we have more demand for our products from East Coast customers,” said Ornague. “So far we have been involved mostly on the West Coast, so we recently decided to open a sales office on the East Coast in order to better manage these accounts.”

Employing over 2,500 workers, ERC produces many crops such as broccoli, cilantro, and watermelons, but due to logistical costs and restricted seasonal availability, Ornague feels that crops such as green onions, asparagus, radishes, cilantro, and Medjool dates will be the first ones distributed along the East Coast. 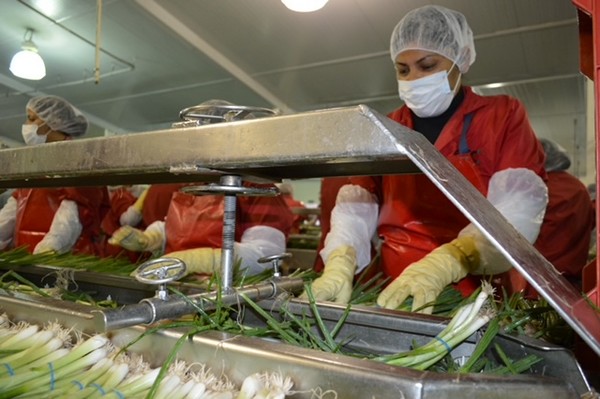