British fruit and vegetable growers are cutting planting in 2022 after an unprecedented labor shortage led to widespread waste of produce and hundreds of tonnes of crops, from broccoli to raspberries, rotted in the fields.

Farmers say the Pilot visa scheme Introduced to accept seasonal workers after Brexit was inadequate, but widespread labor shortages attracted pickers with the right to work in the UK to other sectors.

Currently, producers are planning to reduce yields next year and expect the rest to be supplemented by imports. Tom Bradshaw, Vice President of the National Farmers’ Union, said: "According to official data, imports accounted for about 84% of UK fruits and 44% of vegetable consumption in 2020." 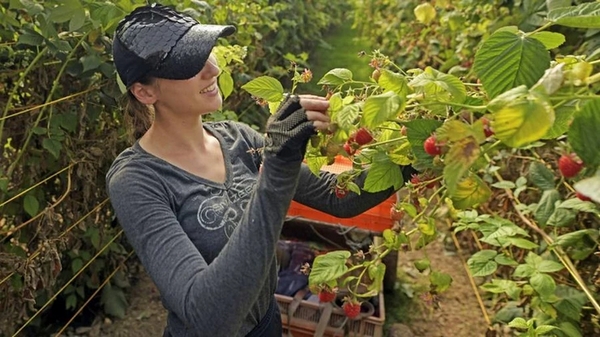 Jon Rix of Kent’s Kelsey Farms predicts that his business will lose about 50 tonnes of raspberries (5% of the crop) due to labor shortages at the time of harvest in 2021, in addition to losses due to extreme weather.

He said the farm had about 260 pickers this year compared to 300 a year ago, and workers are far less experienced than those who returned each year before.

“We’re really struggling with the cost of picking, and we’ve come to the point where it’s cheaper to actually pull out the field than to bring in a new slow picker,” he said. “I won’t make any money this year … I’m sitting at my desk holding my head to exorcise next year. We’ll try to keep growth down and spread the crop better.”

Justin Emery, director of Fruitful Jobs, one of the four labor institutions that can bring in workers under the scheme, said: "There are not enough placements in 2022. Growers are reducing the size of their crops, especially in Scotland. Some growers have pulled out of strawberries completely. Kent has raspberry growers who have uprooted their crops and no longer plant them.”

Iain Brown of Fife’s Eastern Grangemuir farm, part of the East of Scotland Growers Cooperative, said he would plant 15% less fruit and vegetables next year “just to stabilize the situation.”

He said that all the other producers of the 20-strong co-operatives specializing in broccoli and cauliflower were reducing crops while two were considering pulling out the vegetables completely. “This is completely out of the control of the producer,” he added.

The East of Scotland Growers suffered from a shortage of logistics workers and pickers, and a week’s production for frozen sales was wasted because it couldn’t be shipped to a refrigerated warehouse.