Hurricane Ida made landfall in Louisiana

Hurricane Ida made landfall near Port Fourchon, Louisiana, early Sunday afternoon. According to the National Hurricane Center, it is an extremely dangerous Category 4 hurricane with winds up to 150 mph. The Center warned about catastrophic storm surge, extreme winds and flash flooding in southeastern Louisiana. More than 1 million people are without power. On the 16th anniversary of Hurricane Katrina, Hurricane Ida is said to be one of the most powerful storms to have ever hit Louisiana. After making landfall, the hurricane weakened to a Category 2 storm traveling up north with winds of 105 mph. 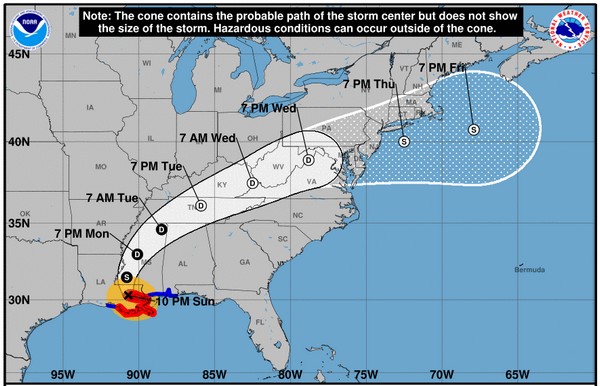 Late summer plantings
Although fresh produce is a small part of Louisiana’s agricultural production, the main produce items grown in the Pelican State include sweet potatoes, tomatoes, watermelons, citrus, and strawberries. It is too early to discuss the impact, but Mary Helen Ferguson with LSU AgCenter believes there are produce farms that will be affected by the storm. “Some of our late summer plantings of warm-season vegetables -that may be close to harvest stage - and young plants of cool-season vegetable crops could be affected by wind and/or flooding,” she said. “Strawberries have not been planted yet,” she added.

While Ferguson doesn’t work with citrus, she would suspect that some damage may be done to this year’s crop as well as to the trees themselves.

When asked about the level of concern, she commented that it varies from place to place and person to person. “Most of us who have lived in Louisiana for a long time are somewhat accustomed to hurricanes. There is probably enhanced anxiety among some considering that Hurricane Ida made landfall on the anniversary of devastating Hurricane Katrina’s 2005 landfall.”

FreshPlaza will provide updates on the impact of the fresh produce sector as more information becomes available.