Current high potato market prices are a just end to a planting season that started inauspiciously: new potato plantings in the Northwest and Free State drowned during heavy rains during November last year – so much so, that in the Kroonstad area of the Free State, some famers had to replant the entire crop.

Consequently, volumes to the market have been tight and a shortage developed on the potato market, with average prices rising past R60 (3.5 euros) per 10kg. 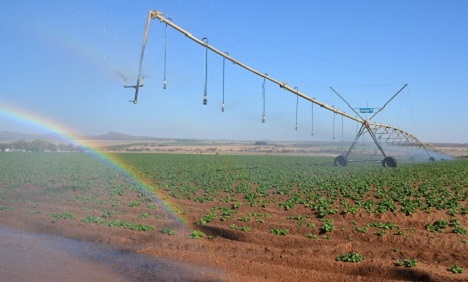 Over the past few days Limpopo potato farmers have re-entered the potato market with their early harvest, and along with volumes from their colleagues in the Northern Cape and the eastern and western Free State, and potato supplies have picked up in the market.

High prices have induced more volumes to be sent to Gauteng markets, which are closer to the central production areas, rather than to Cape Town where volumes were currently low, notes a Cape Town market agent.

“If you look at prices over the past twenty years, it’s only over the past three years that prices have been reaching the levels where they should be,” says Kobus Pienaar, potato specialist at GROW Port Natal at the Durban municipal market.

“When compared to the price of things like meat, potatoes have for years been really inexpensive and potato farmers have for over a decade been at the short end of low prices. Input costs, of which fuel prices and fertilizer costs (of which a lot is imported) are rising, and it’s only over the past three years that potato prices have been catching up to food inflation.”

The industry expects that demand from restaurants and especially from schools and universities will rise when current lockdown regulations are eased.