Cold and rainy weather in Europe leads to lower demand

The Turkish watermelons have been in season for a while now, but according to Coskun Eren, marketing manager for Turkish fruit exporter Eren, the demand is not what it was last year: “The watermelon season in Turkey has been a little quiet this year. Normally Turkey starts with greenhouse watermelons at the beginning of May. Prices are usually high then, but interestingly the demand is also high at that point. Towards the end of May, we start the open field products and prices start to drop sharply while volume increases. Normally we should’ve seen a steady flow of shipments to the EU, but this year it wasn’t the case. We’re currently in the middle of the open field season, prices have bottomed out and the volume is there. Both seedless and seeded varieties are widely available.” 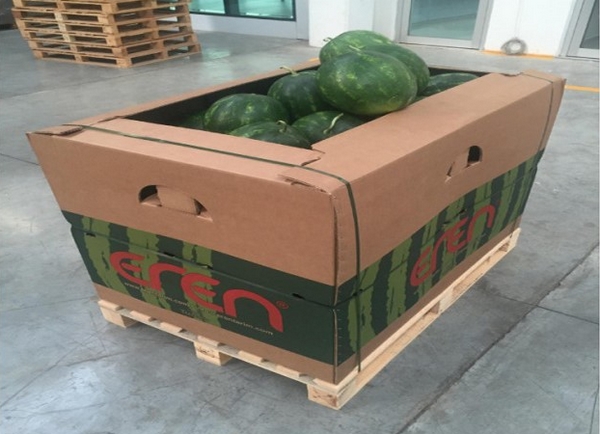 Eren stated that the weather made the Turkish watermelon season a bit more complicated, due to a big difference between night and day temperatures. “We have no complaints about the product. We have three categories, 3-5 KG, 5-10 KG, and 7-15 KG watermelon classes, the 3-5 KG is the more requested variety by the small family type of West / North Europe whereas the 5-10 and 7-15 are more requested by the bigger family type of East/South Europe. The weather did give us a little hurdle this season, as it was hotter in general. This is good for the watermelons in general, but the temperature differences made an uneven season in terms of starting dates. Night and day had big differences and sometimes weeks following each other had as much as 10 degrees Celsius difference in terms of average temperature, which isn’t normal. This caused a slightly later starting date and uneven ripeness between regions, thus you have to be careful when choosing the harvest location.”

Eren feels the competition isn’t their biggest worry this season, as the Turkish have had to deal with Greek competition every year: “I believe the main culprit for the lower demand is the cold and rainy weather in Europe. Watermelon goes best when the weather is hot and we are yet to enter the real summer for the EU. Another reason is the sharp decline of the Greek watermelon prices. Greece is always our competitor in the EU, our prices are lower than Greece but they have a transport advantage so in terms of final pricing we are actually very close. This rivalry happens every year so it isn’t something I worry about too much. However, coupled with the cold weather, it creates an unpleasant combination.” 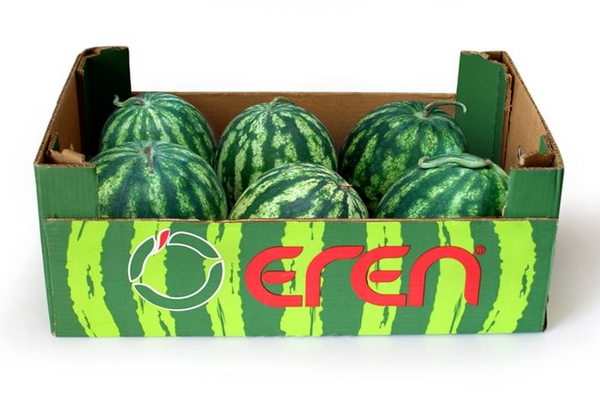 Even though a couple of markets are stronger than the other, Eren emphasizes the company's ability to export their watermelons all over Europe: “Our most important markets are Poland, Latvia, Lithuania, Bosnia, Croatia, and Russia. But it’s important to mention that we get orders from all around Europe, we usually deliver this product DDP as we can do the customs for the customers. Prices are slightly lower compared to last years. Sure, the prices increased in our local currency, but the currency difference brings us more compensation. The lack of demand is also a reason for the lower prices.”

“For the next few weeks we’re certainly hoping for better demand for the watermelons. We’re ready, prices are low and the product has now matured, so our fingers are crossed at this point. Getting some action from the Western/Northern EU markets could sure be interesting as well. We have our own carton box pallet design which is quite favored by our clientele as well as our 20 KG boxes for the smaller watermelon types.” Eren concludes.