When Western Australian banana growers were faced with a problem nearly two decades ago with finding a market for their fruit, it led them to a ground-breaking and innovative solution for the time - coming together as co-operative to sell and market their fruit - and they haven't looked back since.

Doriana Mangili, Business Manager at Sweeter Banana Co-Operative told the Australian Banana Industry Congress in Cairns that they had to evolve their thinking in order to survive the competition growth of the Queensland industry on the east coast.

"You don't have to be big to innovate, but you can do amazing things when you work together," she said. "Whether that is R&D, marketing there are lots of benefits in working together. Our water is really expensive, as it comes out of the ground. Our average farm size is around four hectares and in our co-op, we have around 73. What we have learnt was that market failure drives innovation; if you are going broke, that is the biggest motivator to make change. We have learnt to focus on what we can control. We cannot control volumes out of Queensland, we can only control what we do and how we form our strategy." 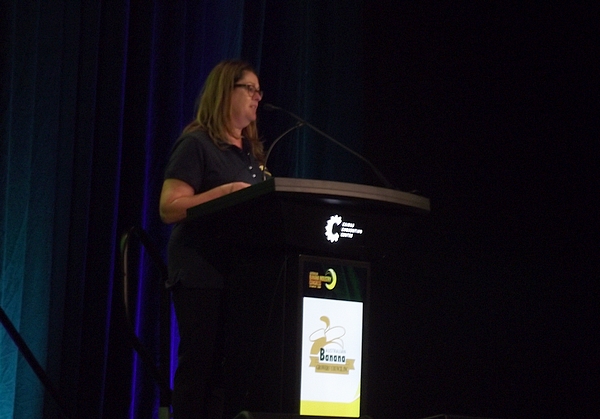 Canarvon is 900 kilometres north of Perth in Western Australia, which is on the edge of the desert, with often a hot and dry climate. In the 1950s, she says that the region used to supply 100 per cent of bananas into Perth, but in the 1980s the industry grew in Queensland and almost came to WA's detriment.

"Sometimes we wonder why we grow bananas there, but there is one really good reason the taste," Ms Mangili said. "Our bananas taste amazing. They take twice as long to grow as a tropical banana, and they get that sweet creamy flavour. That has been our real point of difference. We don't use any sprays or pesticides, so the trees are low maintenance in that way. While our bananas taste great, they aren't as pretty (as North Queensland's) and they get that dull colour because there is no humidity. We also have smaller bananas, so since (the 1980s) we have been competing in a whole new market." 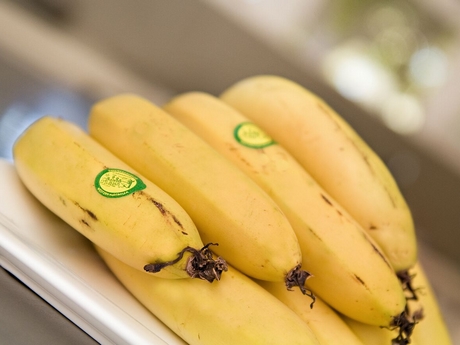 Ms Mangili admits that the western state tried to compete with Queensland growers at "the same game" during the 1990s, and produce fruit just like them, before realising the business model was set up for failure.

"That meant chopping off a third of a bunch in the paddock to make them grow bigger, another third just went into the bin because they weren't big enough," she said. "Then the other 30 per cent we had to sell below the cost of what it was to produce them. Ongoing, that was not a great business model. We didn't have scale, we didn't have a supply chain and we had no idea of who our customers were, and why they were or weren't buying the fruit. We were competing against each other with 140 growers on 270 hectares sending to 100 market agents. It was totally unorganised and not going to go very far."

So, after joining as a marketing association, the growers created their new brand, Lunchbox Banana to differentiate from Queensland bananas - and then they built their own packing shed, which would pack fruit for all members of the co-operative.

"Everyone said this would never work, but when we tried it, everyone packing on their own farm, we couldn't get quality or consistency," Ms Mangili said. "That allowed us to start marketing, which was the turning point because we could start telling everyone our story. It started through social media, then television interviews, PR and we still do a lot of the face-to-face stuff like going to shows. At a grower level, it can be very solitary, and we don't always have colleagues as such, but as a co-operative, we get together and we have a real support network. We take risks - calculated risks - because we still have to put money on the table but we have the support of the membership if it fails."

Since then, the Sweeter Banana Co-Operative has added additional products to its range including, Smoothies, Sweeties, as well as small amounts of banana bread. Ms Mangili says the co-op is currently working on many projects including artificial intelligence forecasting research using cameras and drones - as well as regenerative agriculture, and consumer traceability, and value-adding initiatives.