UK wholesalers get back to business

As things slowly begin to get back to normal in the UK after months of lockdown, the fresh produce trade has been busy supplying the hospitality sector as they get stocked up again.

“It has been a busy couple of weeks,” said Ed Gray, Director at Watts farms. “It is not back to pre-Covid levels yet as there are still many sectors which remain closed or have limited business. The airlines and ferries for example, but indoor and outdoor dining is open and there is a huge backlog on events such as weddings.”

There is some pressure on the supply chain according to Ed as there is a lack of staff, people from overseas have gone home for various reasons or people have been forced to take jobs in other industries. There is also a lack of available vehicles and drivers due to the upsurge of home deliveries in the last year. 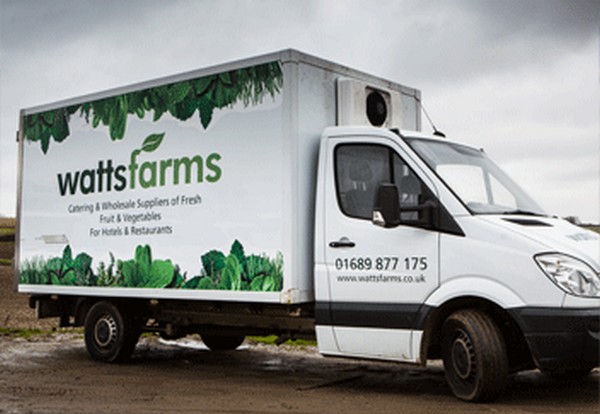 ”The supply of produce has been good as it has been a slow start as the weather has limited outside dining. Some parts of Europe are still in lockdown so there is plenty of produce around, it will be interesting to how this evolves as Europe opens up again though. So far it has been good and we are getting back to normal.”

Watts Farms specializes in many niche products which Ed admits have been difficult to procure. “This is down to the fact that they come from small suppliers who have found the new Brexit regulations difficult to navigate or just not cost-effective. There have no problems with produce from the bigger suppliers though and we are now entering our own production season.”

Watts Farms has 10 sites in Kent and Bedfordshire. The company farms over 600 hectares of land, growing 60 different crops.

During the first lockdown Watts Farms foodservice division set up a home delivery service in order to keep the business going and the staff in jobs. This has continued to be a great success and is as busy as ever.

“People seem to be ordering more than during lockdown as they can now invite people over for garden parties and such.”

Since the pandemic struck in March 2019 wholesalers have received no support whatsoever from the government, many have managed to stay afloat by setting up box schemes and home deliveries, but for many 14 months on a minimal income has been very tough. There was talk of some support from the Chancellor recently but still nothing has been paid out to the wholesalers.

Ed is very positive about the future, although some of his business will remain changed, for example, it is unlikely that the offices he supplied will have the volume as before as people have got used to flexible working and a lot of companies won’t have staff in the offices fulltime anymore.

“Some of the positives are our online business which is thriving. We also supply a few meal kit companies which have really taken off, restaurants also started preparing meals for people to make at home which was a big hit.”