The pear market's been improving in recent weeks. "Storage and container prices are rising in tandem. Directly-traded, unsorted pears are going for around €0.60. And up to €0.70 on the futures market," says Emanuel Sluis of the Dutch trading platform, Service2Fruit. "The mood and sales are good. However, the trade's having remarkable difficulty accepting the price increase. Everyone's shopping, but prices often remain an issue." 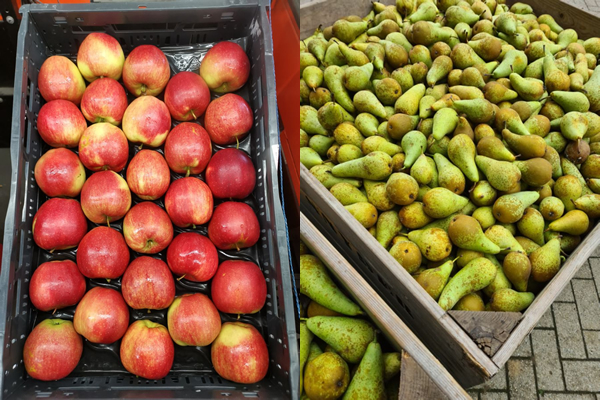 "Conference pear sales to Poland stagnated for a while. That, too, was due to the price rise. That's now resumed. Harvesting's been delayed, partly because of the cold spring. Some traders do business with retail and want to sell year-round pears. They're now orienting themselves to how far they'll get this season. It's the first time all season that long-term orientation's been possible."

"The apple market's fairly similar. Jonagold is well-priced between €0.70 and €0.80. Though, growers might've expected slightly higher prices. They picked far fewer apples, after all. For Elstar, prices have also been good at above €1. But that season's about to end. And, unlike Conference pears, Elstar buyers aren't yet keen enough to extend the season," concludes Sluis.