Wild mushroom crop behind in the Northwest

Specialty mushroom supplies are good but that's not the case with wild mushrooms.

Joe Salvo of Ponderosa Mushrooms in Maple Ridge, BC says specialty mushrooms such as King Oyster, Shiitaki and Maitake are seeing good supplies, largely because there’s still a lack of foodservice demand. "The restaurant business is still so slow everywhere and a lot of these are consumed at the restaurant level," says Salvo. "But retail demand has picked up over the last few years and retail has been doing more specialty mushrooms."

That's also largely due to consumer's awareness around specialty mushrooms. "Consumers are more willing to try new and different mushrooms and there are also more specialty mushrooms on fine dining menus," Salvo says. "Because of this, retailers are now realizing there's a market there and those who are committing to it with nice displays and varieties are seeing repeat business." 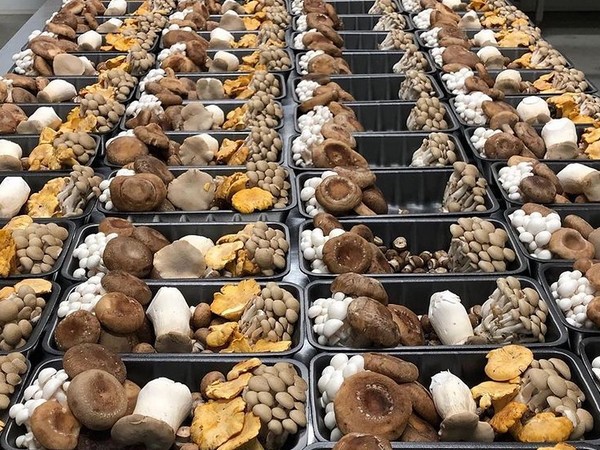 While there are currently good supplies of specialty mushrooms, the spring crops of wild mushrooms are still coming on.

As for wild mushrooms, April is the month Salvo dubs "no-man's land" or when wild mushroom supplies such as Yellowfoot Chanterelle and Black Trumpet mushrooms transition from winter to spring crop. "We get a gap usually in April," Salvo says, noting the gap is worldwide given all of these varieties are grown in the Northern hemisphere--particularly British Columbia (Canada), Washington and Oregon (U.S.) as well as countries such as Poland, Bulgaria and Spain.

Currently he's awaiting on springtime crops such as Morels and Porcinis. "It's been a really slow start to that crop, particularly on the West Coast of North America. We've had cold nights and warm days and it has been dry," Salvo says. "The mushrooms might come up but then they're burnt by frost so we're having a real challenge with this."
He says the Morel crop should come in in the next few weeks on the West Coast. "So far where we should be seeing product in Oregon, it's not there yet because of this climate," he says.

As for pricing on mushrooms, Salvo notes that prices have been stable but higher given the absorption of other production-related costs such as packaging that have increased.