"The first container of Cuban pineapples is already on its way to Europe."

Cuba is committed to strengthening the pineapple production chain for the export market, investing both in the expansion of the crop's cultivation (with Ciego de Avila standing out as the main pineapple-producing province) and in varietal diversification, recovering old cultivars and introducing new varieties. Now, the so-called "queen of fruits" in the Antillean island is already on its way to Europe by sea thanks to a Spanish company. 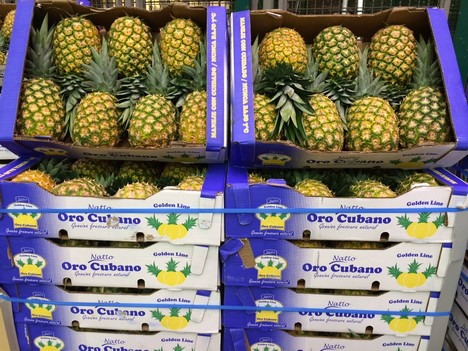 "The first container with pineapples from Cuba is on its way and will arrive next week," said Rupert Morrell, international sales director of Gen Group, a Madrid-based company with extensive experience in the production and marketing of a wide range of fruits and vegetables, from exotic to traditional, with bananas, avocados and mangos from Ecuador standing out.

The pineapples from Cuba, which complement the company's current supply of Pan de Azúcar pineapples from Benin, are intended for the European market in the premium fruit segment. "We are going to present this new product to retailer El Corte Inglés, which is already a Gen Group customer, and we also intend to sell it to large supermarkets and wholesalers in Europe. Portugal is a very important market for us, as are Germany and the United Kingdom, among others," said Rupert. 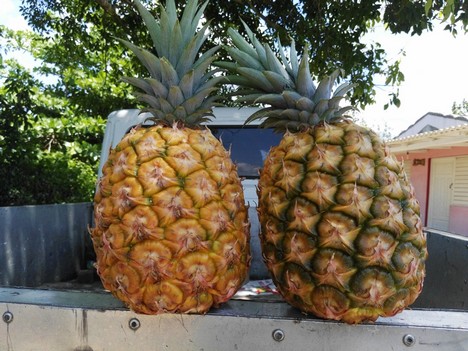 The pineapples, of the MD-2 variety, are available all year round, although due to the high temperatures, the volumes supplied fall between July and August. "We market them under the Oro Cubano brand in sizes 8 and 7 and, to a lesser extent, in size 6, with grade 3 maturity and between 14 and 16 degrees Brix. Each box contains between 6 and 8 pieces, depending on the caliber, weighing between 12.5 and 13 kilos. We prepare pallets with 45 boxes and an average net weight of between 450 and 600 kilos," says Rupert.

For many years, Cuban pineapple exports have suffered the consequences of the U.S. trade embargo, the longest known in modern history (and condemned on more than twenty occasions by the United Nations). After an improvement in trade relations between the two countries between 2014 and 2017, under Barack Obama's mandate, things got worse again with the arrival of former President Donald Trump to power and the cooling of diplomatic relations.

"The punitive tariffs imposed on Cuban fruit caused taxes to rise and, from a commercial point of view, it was basically impossible to export pineapples to the United States. However, in Europe there are no such tariffs, and we are taking advantage of that to be able to deliver this very special fruit," says Rupert Morrell. It is also worth noting that Cuba and Spain are united by historical, cultural and commercial ties, and that the European country is one of its main customers and suppliers at the commercial level, as well as the European Union's main investor in the island.

"Reaching an agreement with the government and producers has taken us about a year, but we have already seen a lot of interest in Cuban pineapples, even though we are only at the start of the import campaign," said the international sales manager.