The current pome fruit season is well underway after a later start, says Jacques du Preez, Hortgro General Manager: Trade & Markets. “The season so far is 7 – 10 days later than normal. This can be attributed to a cooler spring and later flowering period.”

Apart from the January hail storm that caused major damage in the Langkloof, the weather has played along nicely, Du Peez said. “We can also not complain about the quality. It is only the early Williams Bon Chretien pears that had cosmetic problems and thus contributed to lower export volumes. But overall, everything looks very good so far. There were also no excessive heat waves as in previous seasons resulting in almost no sunburn. The cooler nights also contribute to very good colour development.” 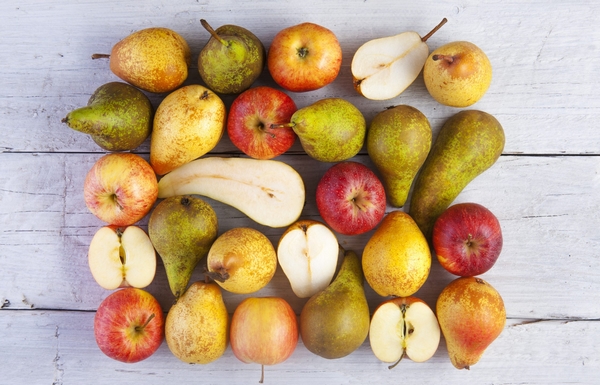 Both apples and pears’ export volumes are estimated at 4% compared to last year (38m and 17.4m cartons of 12.5kg each). These can be described as above-average crops. “It is also a feature of the young orchards that are coming into production, in conjunction with better weather and winter conditions.”

Du Preez said that there are numerous challenges in the port in terms of efficiency, infrastructure and equipment. “Wind delays have also been a major headache so far.”

There are newly established weekly forums with the other fruit industries, Transnet, other relevant port authorities, shipping lines, exporters and logistics service providers where the above issues are discussed, he said. “Communication between the role players has improved significantly but there is still room for improvement. At present, the risk of a shortage of empty shipping containers has also re-emerged after we had hoped it was a thing of the past.”

According to Du Preez Covid-19 has definitely had an impact on the industry. “Originally, there were some additional costs and it caused great uncertainty but the industry and consumers adapted quickly to the new environment. Logistics remains a challenge and economies worldwide took a big hit and there was a definite impact on purchasing power. Fruit growers are used to new challenges and adaptations, although this was a big one,” he said.

On the upswing, Covid-19 amplified the importance of health and eating a healthy diet. Although it is still too early to compare 2021 consumption with 2020, there is a relatively healthy demand for fresh produce. “Last year’s sales of fruit and vegetables increased significantly and the feeling is that this trend will spill over into this year. But consumer spending is under pressure so it will remain a challenge.”