Fabio Zanesco, of VIP Manzana Val Venosta: "Now we have the necessary volumes to be visible"

"Spain is one of the most important markets for Ambrosia™ apples, without a doubt"

Not only have apples weathered the coronavirus crisis well, their consumption has actually increased throughout Europe since the outbreak of the pandemic, says Fabio Zanesco, sales & marketing manager at the Italian growers association VIP. “The apple sector managed to grow a lot during the lockdown. The strongest growth took place in the first months of the pandemic, and even though consumption has slowed down somewhat, because consumers are no longer reacting so anxiously to events, sales are still going very smoothly.” 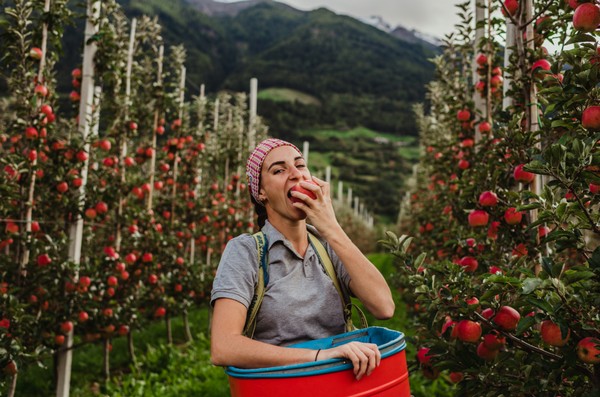 According to Fabio, in addition to a change in consumption patterns and a lower shopping frequency, which gave a boost to the purchase of products with a longer shelf life, such as apples, the coronavirus crisis has also caused a deeper and, at the same time, subtle change in society. “What has changed in recent months is that we all end up spending more time at home as a family, just like in the past. Many aspects of modern life, such as eating out and the consumption of snacks and convenience products have been abandoned. There are no cinema visits, no gym, no beer in the pub, no nice dinner in the restaurant," he says. "These have brought changes on a psychological level. By spending more time at home again, many of us have returned to the life patterns of 20 years ago, and that includes consuming more basic products.”

The growth of apple consumption is not linked to any one particular variety or category. “Regardless of price, all apple varieties have seen greater demand,” says Fabio. "From the lowest category to the premium one." This is also reflected in the current fruit stock. “The apple stock is currently more or less the same as last year, but a lot more was sold in the first part of the season, because production was much greater in September and October. Sales were also strong in December, unlike in other years. In Western European countries such as France, Italy, Germany, the Netherlands, Belgium and Spain there is a shortage, because the harvest is slightly smaller, while the stock in Eastern Europe is somewhat larger," he says.

Ambrosia volumes increase and the variety appears in the Spanish media
In Spain, the increase in apple consumption during the first coronavirus wave was remarkable. Sales went very smoothly, especially in March and April. According to the employers' organization Afrucat, a sales record was broken in the region of Catalonia during those months. One of the apple varieties that performed very well was precisely the Ambrosia. 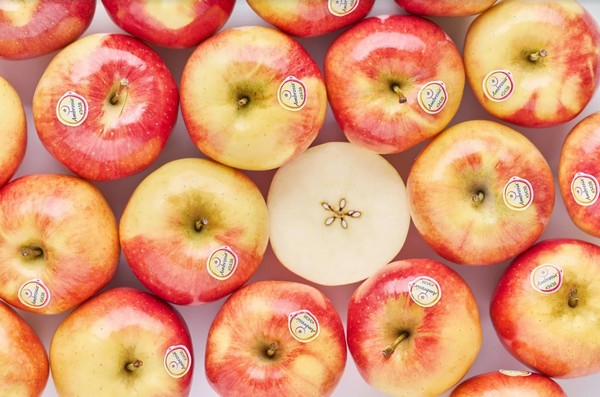 “The Rivoira Group, which holds the master license to grow the Ambrosia, started working with it in Spain and the apple has achieved immediate success thanks to its sweet taste, low acidity and large caliber. These are properties that match very well with what the consumer demands. Last season, we even finished earlier than planned because we had sold larger volumes in March and April,” says Fabio Zanesco. "Spain is without a doubt one of the most important markets for the Ambrosia apple."

In fact, this is also the first market in which Ambrosia has invested in an advertising campaign. “This year, the Ambrosia apple has been given a new look and we are also launching a TV campaign in Spain. We are able to do this because we now have sufficient volumes to be visible on the shelves. We think it is the right time, because we will have seriously larger quantities available within a few years as a result of new plantings. Within a few seasons, the harvest will certainly be twice as big as it is now,” says Fabio.

"The consumer must be familiarized with the wide range of varieties"
The growing popularity of Ambrosia apples has coincided with an expansion of club varieties in the market. 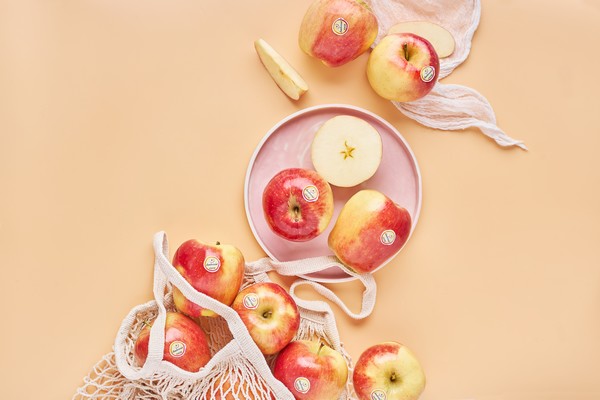 “Apart from the launch of the Pink Lady, there has been no big news in the apple sector in almost 30 years. That is why the concept of apples hasn't changed much for the consumer. However, nowadays the global apple sector has many new varieties,” says Fabio. “Unlike in the past, when some old varieties didn't always deliver, these are all very good, but the great supply right now also creates confusion, and it is therefore necessary to work on good information campaigns so that the consumer becomes familiarized with that wide range. Each variety must have its own identity,” he says.