Exactly a year ago, potatoes were seeing tight supplies and solid demand and it was expected that pricing would be strong in 2020. Then came Covid-19.

Bruce Huffaker, President of North American Potato Market News, says: “It’s been a very big challenge for the industry and for people in general.” Despite everything, 2021 likely will have some promising developments, such as vaccines and a recovering from the depths of the downturn that was seen in the early months of the pandemic, said Huffaker during the University of Idaho Ag Seminar. 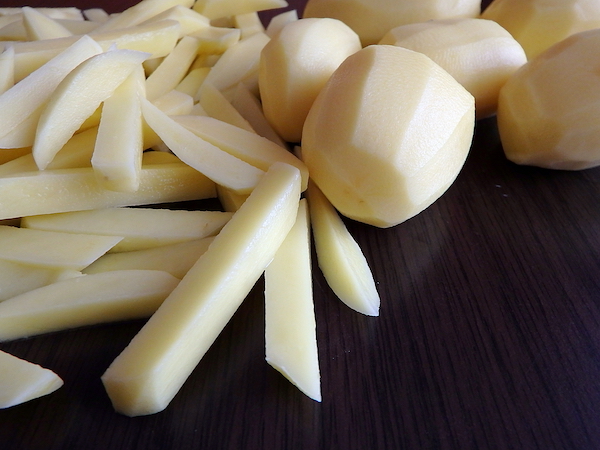 He uses the global French fry trade as an example: From October 2019 to February 2020, the industry was running 11% above the same time in the prior year. The timeframe of April to June, however, saw a 30% decline compared with the numbers of the year before. The industry has been recovering, though, says Huffaker, and in September it was down by only 2.8%, though the North American French fry exports are still about 15% behind last year.

2020 has been the first year since 2003 that the global French fry trade has been in decline compared with the previous year, and while it won’t be able to recover this trend in 2021, it might be able to get back there in 2022, says Huffaker.

The overall US potato production fell 2.8% in 2020 and last spring the contracted volumes of US processes were reduced by 15-20%. “With frozen processing making up about a third of the crop, you would have thought that would result in about a 15% production decline,” he says. In reality, the Washington production was down 8.3% and the Oregon production was down 10.2%, which is only fairly minimal. While the French fry processors in the area cut their contracted acreage by almost 20%, the yields turned out much stronger than expected, Huffaker adds.

In Idaho, there were also yield increases which resulted in an overall increase of production of 4.3%, despite acreage being down, and the total crop volume is comparable to last year.

The year-over-year shipment of fresh potatoes in the US in 2020 through December 1st were up 6.8%. “That increase in demand is a result of Covid-19, but it’s a mixed bag,” says Huffaker. He explains that the retail sales of the 5- and 10-pound consumer bags are up, and that there has also been a boost from the government food box programs. The shutdowns and slowdowns in the foodservice industry, on the other hand, have put a damper on business. For shippers in Idaho who are heavily reliant on foodservice, this has created a problem.

The new-crop potato demand for processed product through December was down 5.7%. This is partially caused by a backup of potatoes from the 2019 crop but it is also because, while the domestic demand has recovered, the export demand is not yet back up to the levels it was at a year ago, says Huffaker.

From June through November, the processing of both the old and the new crop was down 11.8%, and that is a big enough drop to cause concern. “Although the evidence now is that the biggest part of the decline, at least in the Pacific Northwest, is behind us,” Huffaker says. The region is now seeing strong demand and the plants are running near capacity. “Overall, there is no big change in usage patterns now from what it was a year ago in the Pacific Northwest,” he concludes.