Caledonia Potatoes opened its doors this week to invite clients and potential clients along to a showcase of their seed potato varieties.

"This is a great chance to talk, and listen to our customers on a one to one basis. We do also attend tradeshows, which obviously this year is not possible, but having people here at the farm means we can spend more time with our customers," said Robert Doig, Director at Caledonia Potatoes.

Caledonia Potatoes was created in July this year after demerging from The Caithness Group. 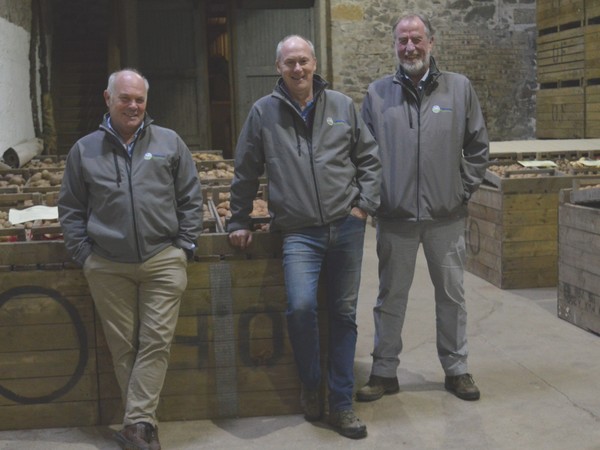 Robert, together with Finlay Dale, Export and Breeding Coordinator and Andrew Lamont, Sales and Logistic Manager, talked about some of the challenges facing seed potato breeders.

"One of the major issues facing the seed potato industry is a lack of demand for new and innovative varieties. Consumers are used to seeing the same varieties on the shelves and don’t want new ones and retailers, who used to stock a wide variety, stopped doing this as the discounters emerged and they were forced to make economies to compete. It is cheaper to have fewer varieties on the shelves," explains Robert.

"In the long term this a big worry as the use of certain chemicals are banned and the existing varieties cannot withstand the pests and diseases we have to face. We need to have more varieties on the market which are more robust and fight viruses and disease with fewer or no chemicals."

PCN (potato cyst nematode) is a problem in England, and is becoming more widespread in Scotland too, so it is important to develop varieties which are resistant to the pest when chemicals can no longer be used. 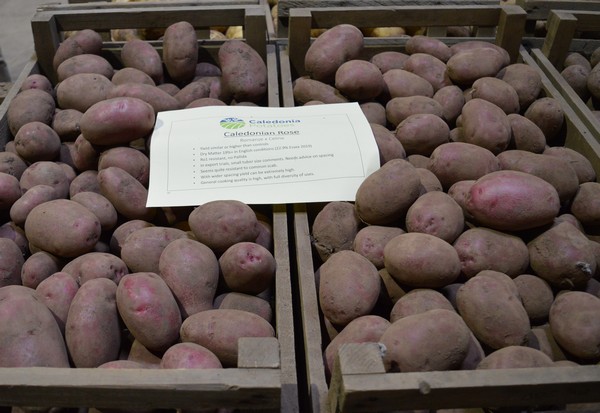 But the time may have come when the retailers realise that they can't compete with the discounters on price and so need to differentiate themselves by offering a wider range of potatoes, which creates an opportunity for new varieties, according to Robert.

"It is a different story in the processing industry which is much more open to new varieties, they are not led by customer demand for a particular variety for their chips: a chip is a chip and a crisp is a crisp, so they have been fast to move to new varieties with particular properties for use," said Findlay.

These days processable potatoes are not only the ones going to chip or crisp manufacturers, there has been a huge increase in demand for microwavable potatoes, ready to eat mash, pre-cut chips and wedges.

Caledonia Potatoes are working, together with the James Hutton Institute and Scottish Enterprise, on projects for new varieties.

To develop a new variety Caledonian Potatoes will start out with 15,000-20,000 unique plants, which are whittled down over a number years until they are left with 2 or 3 which are deemed fit for market - a process which can take up to 8 years. The potatoes are trialled at different sites in Scotland, England and abroad to see how they behave in different climates over a number of years, given that the weather can be very different from one year to the next.

Robert explains that there is always a trade off between time and money when it comes to how fast you develop a new variety. 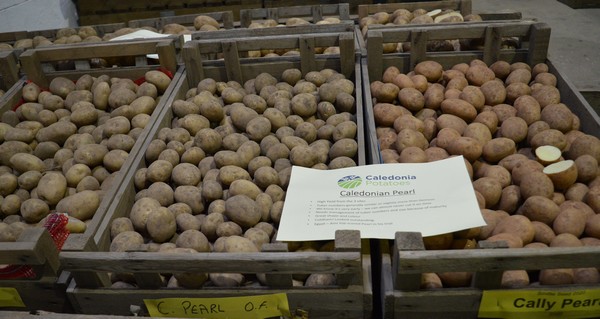 Climate change makes the process even more complicated, considering that conditions in any given country will almost certainly be different in 10 years time. So how do you plan for that?

"It’s a bit like looking into a crystal ball. We need to take risks and, obviously, we can’t cover every variable with one variety, so we need to try out a wide range to cover any increase in disease or viruses and climate change," said Robert.

"The fact that retailers only want limited varieties is posing a big risk for the future as the fewer varieties out there the less flexible we are," said Andrew. "Water will also become a huge a huge issue so it is important to look at varieties which can grow with less water."

Brexit Traditionally Britain exports 30,000t of seed worth £13.5m to mainland Europe each winter. Brexit could pose a huge problem for the UK’s seed potato exporters. If there is no deal in place they will not be able to export at all to Europe after the 31st.

“Our main export season is January to March, we will be able to export some before Christmas, but buyers won’t want everything at once and to then be faced with the problem of storing them. If exports stop, even just for one season, buyers will be looking for new suppliers and may not come back to us," explains Robert.

"The Middle East and Southern Mediterranean markets should be okay, possibly with a small tariff added. That said even if there is just a 4% tariff, by the time we load, transport and sell the product there is not much left of the profit. It may prove to be not be worth our while."

"IP varieties will be able to cope in the short term if we send 5 year seed instead of 8 year seed and let the growers progress them themselves, but that would mean another drop in profits," according to Andrew.

The biggest frustration about Brexit, which is felt in every sector, is the uncertainty it creates, which leads to an inability to make plans.

"Even if we can’t export for a short time, it means we will be out of sync. It is frustrating that, had agreements been in place, the revenue made would have stayed in Scotland, stayed in the UK," said Robert.