These are just some of the conditions growers in the Pacific Northwest have been dealing with following drifting smoke from wildfires that have been taking place throughout not only California but Washington and Oregon.

“Last week, the smoke was thick and in full effect,” says Jared Gutierrez of Columbia Basin Onion LLC., a grower/shipper based in Hermiston, OR. “There was less visibility—we had maybe ½ mile of visibility down the road.”

Masking helps
And then there were the air quality issues for those working outside. “It was challenging to work in. For the most part, because of COVID-19, everybody was wearing a mask and those who weren’t put one on anyways because that was the only way you were going to breathe through it. But being outside was like being around the campfire for too long.”

More recently however, Gutierrez notes that a weather change has helped the situation. This includes wind over the weekend and then some overnight rain that’s cleared things up somewhat. “It’s not fully cleared. It’s maybe just a slight haze but for the most part now we can see blue skies,” he says. 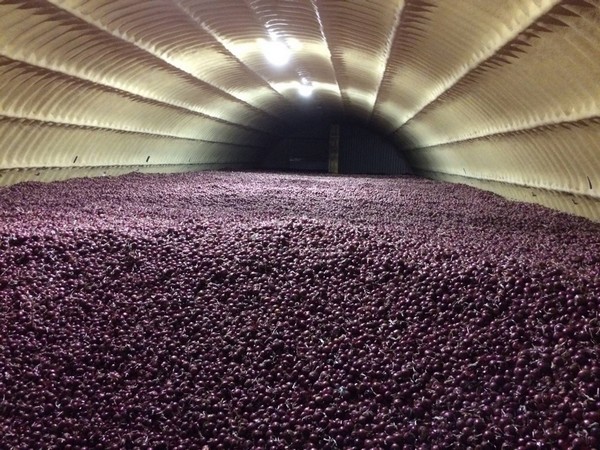 Thankfully though, Gutierrez believes there isn’t an effect on the crops themselves though in some parts, harvesting may take longer. “I don’t think in our area things were affected. But I know other regions—in Idaho/Eastern Oregon in the lower part—they’re behind us maturity wise. We plant and harvest earlier by about a week or two so most of our crop was in curing. It probably held them up because they weren’t getting that sunlight and dry heat to help cure and finish them off.” He estimates if there are harvest delays, it could be anywhere from a few days to a week.

Curing options
While both sunlight and dry heat cures the onions, whatever type of curing set up growers in affected regions have would also factor into whether or not they were affected by the smoke.

“Even when you harvest onions, some cure in the storage as well. They apply burners into the storage air flow and then bring the air back down after to colder temperatures. It depends on the variety of the onion or how green the tops are. To make sure the neck is dry is the critical part,” says Gutierrez. “In that area, a lot of them will put their onions in bins and others into bulk storage and obviously when you’re doing long-day storage onion, you want your onion a little drier from the field on the tops. You can always finish it off in storage.”

As for onions in the Columbia Basin region, Gutierrez notes it is almost done harvesting with just under two weeks left.