With more than 2.1 million acres of California with active wildfires burning on them, smoky, dark orange skies hang above the state, including over the entire Salinas Valley growing region.

The concern for Salinas crops remains largely around ash. “The amount of ash falling this week is maybe 10 to 20 percent though of what we saw during the Salinas River Fire last month,” says Mark Shaw of Salinas, CA-based Markon. He adds that the ash doesn’t actually hurt the vegetable or fruit crops. “The consumer needs to remove the ash by rinsing the product under cool clean water. Value-added shred, salads and blends are virtually 100 percent clean due to the processing being able to remove the ash with washing flumes before packing into finished product bags.”

However, there are concerns for open-head varieties of lettuce including Romaine, Green Leaf and Red Leaf. “The ash falls into the heart of the plant which harvesters can’t remove,” says Shaw, who notes that closed head varieties such as Iceberg or Romaine Hearts can be cleaned up by harvesters removing the outer leaves or cap leaves. 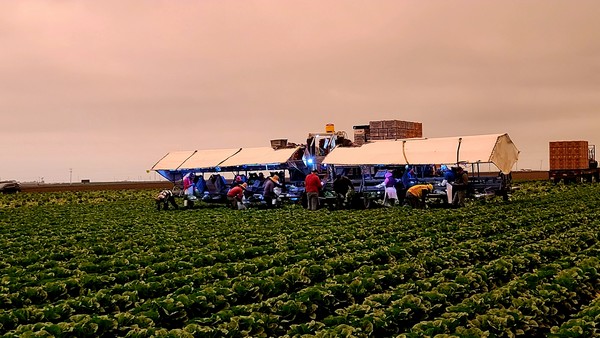 Lighting the crops
However, there are other concerns. “The cloud cover keeps the heat down and limits the light the plants can receive. The plants need both to continue maturing at a normal rate,” says Shaw. “It’s so dark during the day that the harvesters have lights on their machines like they’re harvesting at night.”

Air quality is a concern too, particularly when it comes to protecting those working in the fields. Harvest delays could be caused by drops in air quality. “The growers would have to stop the harvest and the crew head inside to where the air quality is much cleaner,” he says. 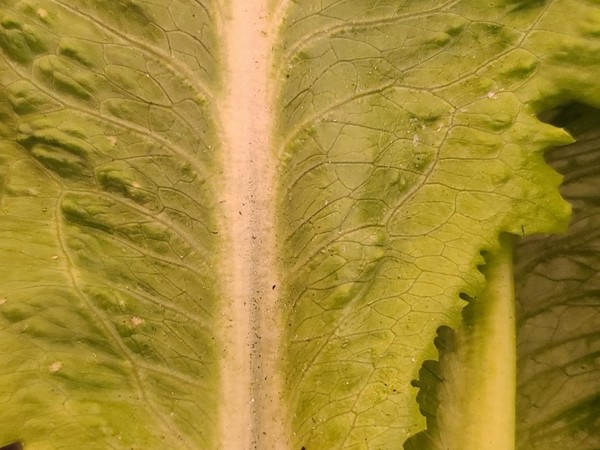 Heat-affected crops
The fires follow a weekend of record heat temperatures in California, a state that already saw high temperatures in mid to late August. To beat the heat, harvest crews were starting as early as 4 a.m. to get the bulk of product harvested. And of course, there are concerns around the effect of the heat on the crops. “On Romaine and Iceberg lettuces, there could be internal and fringe burn damage or dehydration. The quality could be so poor that the grower won’t harvest it and then it could possibly also have ash on it,” says Shaw.

All of this means that the fall Salinas growing season, which transitions between mid-October to mid-November to the desert region and Yuma, AZ, could end earlier than expected. “And if the desert crop hasn’t started up soon enough, it may gap in supply or there may be limited supplies,” says Shaw.