The past weekend was characterized by hail and strong winds in various parts of Italy. As meteorologist Maycol Checchinato reports, "when temperatures remain high for a few days, the arrival of cool air generates instability, storms and whirlwinds." 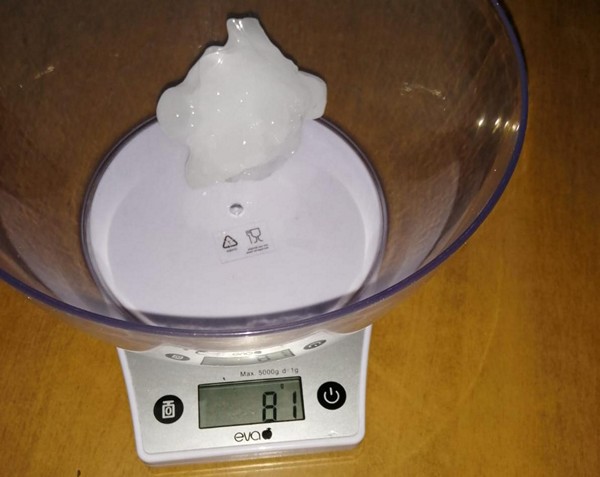 One of the hailstones weighed by Venzi

"Cherries and apricots have been heavily damaged by hail on July 3rd. Some stones were as large as golf balls and weighed over 80 grams," explains Simone Venzi, a grower from Sarsina (Forlì-Cesena). 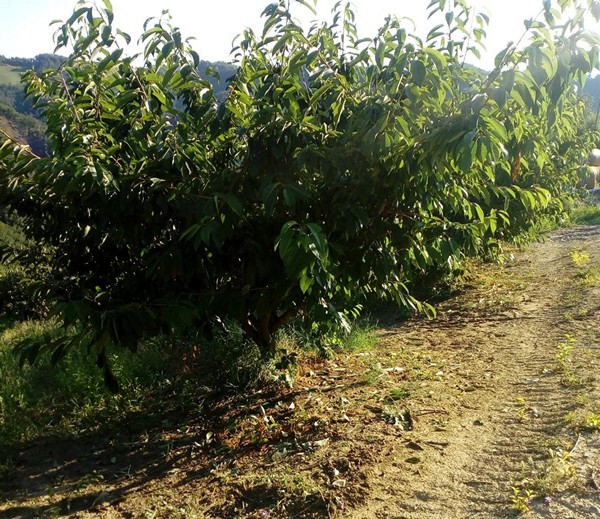 Cherry fruit and leaves in the ground at the Venzi company

At the moment, Venzi grows the Corniola variety, although much of the fruit has been lost. "Luckily, a lot of the produce had already been harvested, so the damage was limited to the late productions. Late apricots were also lost."

Parts of the Emilia Romagna region were also heavily affected by hailstorms and heavy rain. "In my area, in the Reggio Emilia province, it rained an awful lot in just a few hours. I am now inspecting the onion crops. We had already harvested some Borrettana onions, but now we will have to wait a while to harvest the rest, as the soil is very muddy," explains Matteo Freddi, a producer and trader of potatoes and onions. 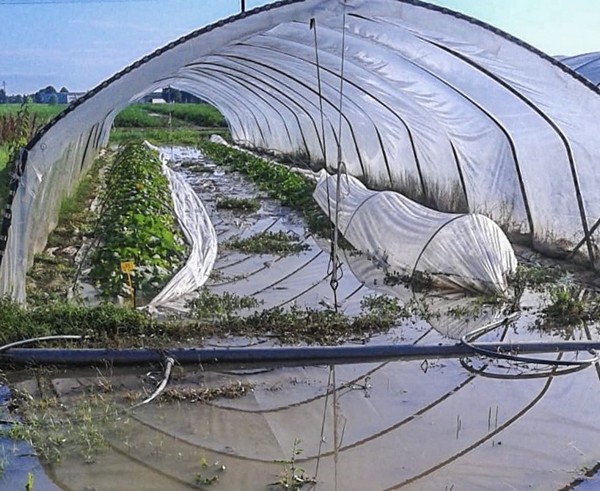 Strong winds that exceeded 100 km/h swept the Ferrara province, damaging greenhouses and fruit orchards. There were problems also in the Milan province as watermelon, melon and tomato crops were lost in the Abbiate Grasso, Cusago and Gaggiano municipalities.

In southern Lazio, a whirlwind hit Sperlonga but, "luckily, it hit only the coast, sparing greenhouses," explain various local producers and entrepreneurs.

"In Caserta, the heavy rain compromised the quality of summer fruit such as peaches, nectarines, apricots and plums. Fruits are in fact almost ripe, so much so that we were almost ready to harvest. The high humidity will inevitably cause mold and rot, so systemic treatments must be carried out immediately to salvage the production," explains Antonio Di Niola from Di Niola Fruit in Francolise (CE).

Hail damage on an apple in Formicola (CE)

Other producers from Pontelatone, Formicola and Caianiello in the  Caserta province report that a heavy hailstorm affected the Annurca apple, plum and apricot crops causing cracking and microlesions. It seems that the apple productions were the least affected so far.

The Taranto area in Puglia was also heavily affected as "it took just 5 minutes to destroy 3 hectares of watermelons which were ready to be harvested. 13 hectares of citrus fruits (oranges and clementines) were also damaged. The hail and strong winds massacred our productions" reported Michele Policarpo, a young entrepreneur from Palagiano (Taranto).

Antonio Laghezza, a producer from Castellaneta, reports that "almonds, lemons and persimmons were also affected, as at least 50 plants were blown down by the wind. Rojo Brillante persimmons were the most heavily damaged. We planted the trees 4 years ago and, since then, I have not harvested nor sold one single fruit as the orchard was hit by similar weather events during the last campaign as well. We will be able to perform a more precise estimate in a few days' time, but it seems we will be able to harvest 15% less than expected."