"New Dutch onion harvest may be even lower than in 2018, but sales could be a whole other picture"

The Dutch onion season is entering its last phase. "The field crops are just about sold out. Sorters are stopping, one after another. Only a small number remain. They sort onions until the very end of the season," says Jaap Wiskerke of Wiskerke Onions in Kruiningen, the Netherlands. 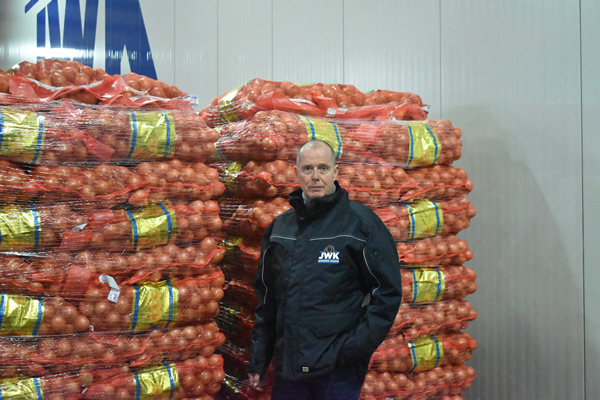 "The limited supply made prices rise sharply. Price differences are, however, high depending on quality. People are paying up to €0.38 to €0.40 for exclusive batches. Demand is currently limited. But that is a direct result of the high prices. If the price level had stayed stable, demand would also be much higher. Now, there are hardly any onions available."

A coup
"Last year, in June, 6,000 tons of onions were still being sold per week. These were going for €0.70 - €0,80. However, everyone saw the shortages coming then. Lots of Egyptian onions were being bought. This year's shortages came out of the blue," says Jaap. Wiskerke himself anticipated the expected shortages. On 11 May, he bought almost all the good onions from storage in the Flevopolder area. "It was a coup," he reflects, laughing. "Others then surpassed me with high prices."

"We will say this season's prices have not been too low. And an enormous amount of onions were exported. But, next season could paint a completely different picture. There will not only be considerably fewer onions. Secondly, will we be able to sell them so easily? Despite that, yields will probably be even lower than in 2018. Low yields do not, however, automatically mean growers get extreme prices." 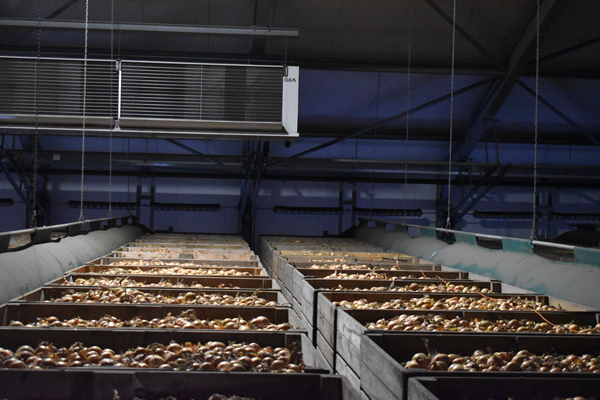 More competition in Africa
"In the last 40 years, during the season, 99% of the onions in Africa came from the Netherlands. There were, however, higher prices in 2018/19. That meant more production countries found their way to Africa. Morocco has lots of onions at the moment. Turkey has enough, and Spain has low prices. China's onions are dirt cheap too. There must always be shortages in other countries. If not, the Netherlands will have a problem," says Jaap.

This year, there is also a strange situation in the red onion market. "There is an explosive demand for red onions. That is due to the shortages in India. As a result, we can now supply red onions to countries in the Far East. India usually has exclusivity there. It is, in fact, the same situation we are facing in Africa."

"If you had asked me in January about Dutch red onions prices in May, I would have said they would be non-existent. Now, there are some left. That is partly because most red onions go to the hospitality and foodservice sectors. The lockdown prevented this," explains the exporter. 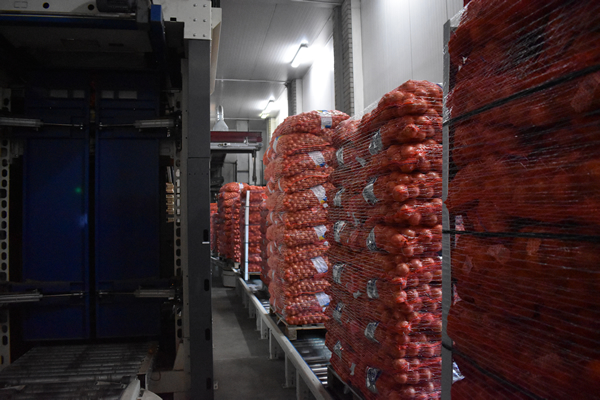 No capillary growth
According to Jaap, new onion yields are frightening. Especially in areas where irrigation was not allowed. "It is not just the dry weather. It is that, combined with a cold northerly wind. The onions' bad structure means there is no capillary growth. It could be disastrous if things do not change within the next three weeks."

"We are now already assuming a 50% lower harvest for onion sets. That includes the blocks that are already being plowed. Last year, of course, we had record yields of 70+ tons. Now I think many farmers will be happy if they reach 35 tons. And with the next two weeks' weather forecast, the sowing onion harvest will be at least 25% lower too," Jaap concludes.