“Many potato growers are reducing acreage this coming season”

The potato industry in the United States had been enjoying a good market before the pandemic hit. Kevin Stanger of Wada Farms says: “Up until the pandemic hit, the supplies were very tight, not just in Idaho, but nationally as well. Now that the foodservice has dropped off, the supplies are no longer as tight, but I would say there are now some supplies available – definitely in the fry market.” 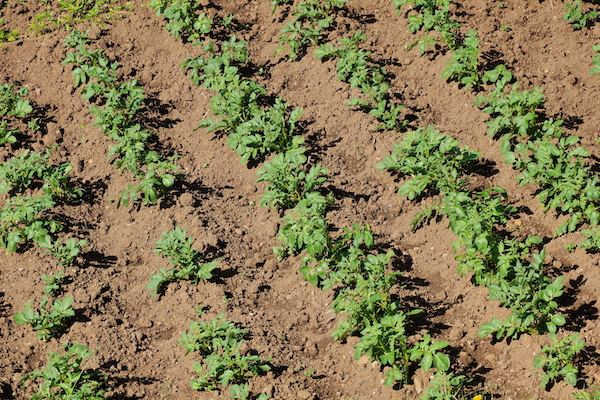 High retail demand, but loss of foodservice was significant
The retail demand for potatoes has been very high since the onset of the pandemic. Stanger shares: “When the outbreak first hit, the retail demand was crazy. Now, it’s levelled off a bit, but the demand is still good.”

Though the retail demand is high, the loss of the foodservice orders has had a major impact on the potato growers, especially on the fry side of the industry. “The growers have worked to redivert some of these volumes over to retail, but it definitely hasn’t been enough to make up for the losses. The prices have come off a bit too as a result,” Stanger adds.

Plantings for upcoming season to be reduced
The new potato crop is being planted right now, and there have been discussions surrounding have much acreage should be planted. “There is definitely some acreage being cut in this planting. At Wada Farms we are also reducing the acreage a bit, by around 10% or so. This decision reflects the expected demand for the coming season. The goal is to not have any excess potatoes,” explains Stanger.

He adds: “The fry growers have already had their contracts cut back, so the growers are responding to that and cutting their acreage. For the industry, we hope they’ll be cutting enough. We’re not worried about a shortage, but we’re hoping that there will be a good equilibrium between the supply and demand in the coming 2020 - 2021 season.”

Challenging times for the industry
Generally, growers work with both the processed and the fresh side of the market, though there are areas in which the majority of growers are dedicated to one side or the other. “Some growers were hit harder than others, depending on what their focus was on, if they were really heavy on the foodservice side that had some definite impact,” Stanger shares.

“The situation is difficult right now and it’s had an effect on the grower return. Up until the outbreak, the growers were hoping for a profitable year this season, but this has definitely thrown a wrench in that. Hopefully we’ll get things back to normal in the coming months,” he concludes.