Plenty of pressure on garlic supplies in North America

Supplies of garlic in North America are slim.

“Supplies are incredibly tight right now. The unexpected nature of COVID-19 is turning the industry on its head,” says Ken Christopher of Christopher Ranch in Gilroy, Ca.

There are a few reasons why garlic supplies are tight. “There’s a finite supply of fresh garlic. A month or so ago, we were on track with supplies,” says Christopher.

However, California soon felt pressure on its inventory.

Jim Provost, president of I Love Produce in Kelton, Pa., says the impact was felt when COVID-19 shut down China and China’s garlic industry in Shandong Province for virtually two months. “China produces 70 percent of the world’s garlic and probably about 80 percent of the commercially traded garlic. You shut that down and it impacts the world supply a great deal,” says Provost. 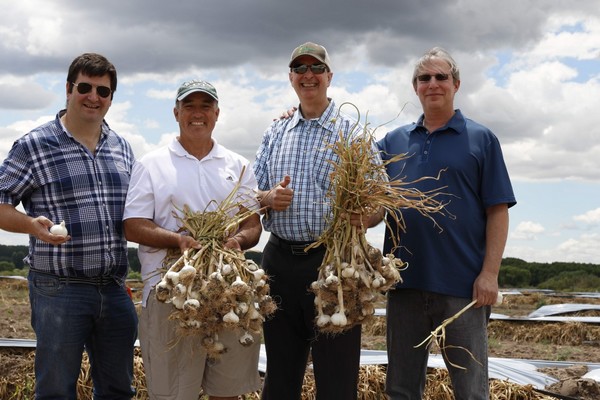 Making up the difference
That means countries needing garlic were turning to regions such as California as well as Argentina, Spain and Mexico to make up the difference. “These countries were leaned on to fulfill that void. Their supplies were dried up and that’s where we stand now,” says Provost.

It also means new crop garlic won’t be available until at the earliest, the end of May. “That’s when the new garlic comes on from Spain and Mexico and China also starts harvesting at the end of May,” says John Wang of Toronto-based Canada Garlic Importing Inc.

Back at Christopher Ranch, while California garlic remains the majority of its garlic mix, it too is looking elsewhere for supplies. “California garlic is 2/3 of our current shipment and we anticipate maintaining that until new crop,” Christopher says. This means customers are having to adjust expectations somewhat on current supplies. “Some customers have to get used to smaller sized or garlic that looks imperfect but has the same flavor,” he says.

Of course, supply gaps are not the only problem in accessing garlic. “COVID-19 affected demand a lot,” says Wang, who adds that since COVID-19 emerged in Canada for example, fresh garlic demand has spiked, and jarred garlic even has seen double the sales. 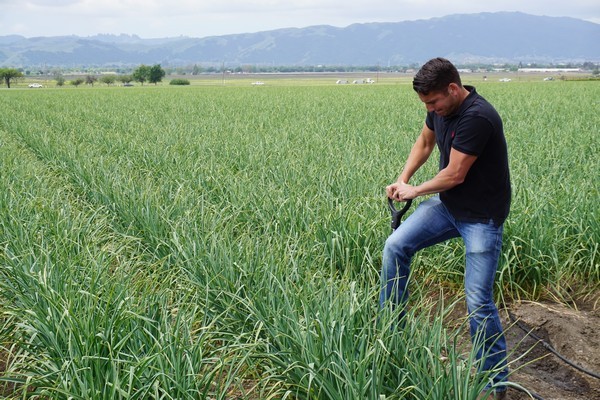 Pressure at retail
At the same time that retail demand for garlic increased (particularly when panic shopping for supplies hit as shelter in place orders came down around North America) demand for foodservice garlic—much of which is peeled garlic—dropped suddenly and significantly.

“Foodservice companies who purchased several hundred thousands of pounds of peeled garlic suddenly went to zero or 10 percent of their old orders. It’s a shock to the system,” says Christopher, who adds that foodservice supplies are climbing somewhat again but only to approximately 15-20 percent of the level where they’d been at. “So, with a lot of demand shifting to retail, we’re scrambling to retool our product mix to adjust from focusing on peeled garlic for foodservice to fresh garlic for retail,” says Christopher.

So where does all of this leave pricing? In Canada, Wang says that pricing has at least tripled. “I think we’ll get a normal price again probably by the middle or later in June after the new crops are ready,” he says.

Provost says pricing is approximately 50 percent stronger compared to normal pricing and Christopher adds that pricing on California garlic is also high. He also notes that overall, pricing has grown on garlic by approximately three to five per cent/year over the last five years. 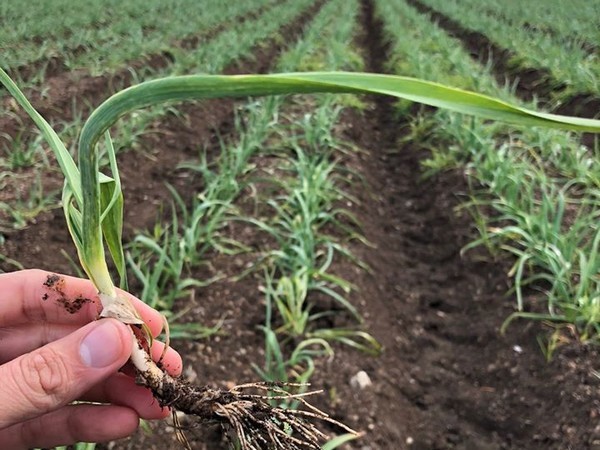 Relief will be coming
Looking ahead, Christopher adds that California garlic looks to be strong and will likely be due the first or second week of June. He also adds that Christopher Ranch is shifting harvesting somewhat to accommodate the change in demand.

“Garlic is less expensive if you machine harvest it. But if you machine harvest, you won’t have the prettiest garlic for retail,” he says. “Because of the change in forecast demand for garlic going forward, we’re going to hand harvest now to get as much as possible for retail because we don’t see those foodservice sales coming back to where they were.”

As for garlic imports, China has resumed shipping garlic though those supplies will thicken up as the new crop comes on. “That’ll take some of the pressure off the world market as they get going but we’re still a few months away to getting back to normal,” says Provost. “I do think right now China has more garlic in cold storage than they normally would. And the stable pricing we’re seeing, as we get closer to the new crop and it converges with storage, pricing should soften. I Love Produce will continue to work with Spain, Mexico, Argentina and China to ensure year-round supply of garlic during this challenging market.”

Spain should also begin harvesting in two to three weeks but as Christopher points out, concerns over bringing in labor from Northern Africa and Eastern Europe could mean a delay in Spanish supplies.