Frost on 24/03/2020 caused serious damage. In some areas of the Bologna and Ravenna provinces and in the central plains in Emilia, temperatures almost reached -6°C. 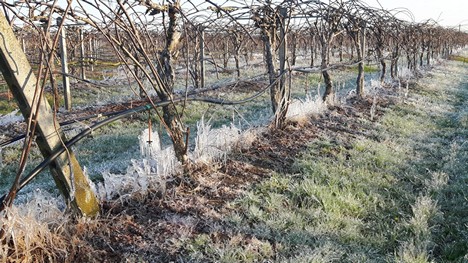 "There is nothing left. I do not know how long it lasted, but enough to damage every single fruit. I believe it will be difficult for producers to honor payments this year, as we will have no income," explains Massimo Franchini, a peach and apricot producer from Casal Fiumanese (BO).

Technician Alessandro Passerini confirms that "apricots have been heavily damaged, so much so that the entire production has been lost in some cases. As for peaches, it will take a few days to assess the situation."

Friuli
"We kept the anti-frost system active the whole night, which is what saved our production. We protected peach and apple orchards, while the development of cherry trees was still behind. The temperature dropped to -4°C and, without that system, we would have lost everything," explains Fabiola Fongione from Tavano-Fongione in Lestizza (UD). 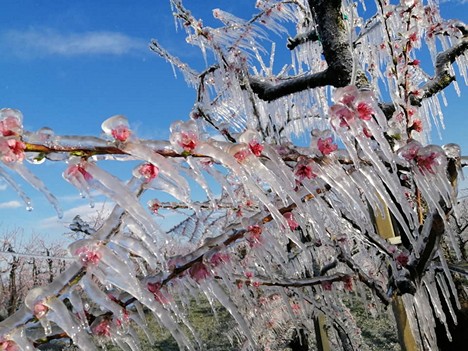 Veneto
The temperature dropped below zero in the Verona province as well. Massimo Ceradini says that "we kept the anti-frost systems on all night so as to save our kiwifruits. Now we will have to wait for a few days to see if it worked."

Alessandro Morini, who cultivates 40 hectares of apple orchards in Zevio, reports that "we dropped to -4°C. I have noticed Pink Lady have been damaged, as it is an earlier variety. There is some thinning and I am hoping it is the only problem."

Trentino Alto Adige
Temperatures dropped well-below zero in Val di Non and Val di Sole as well, so much so that a few producers activated their anti-frost systems. "Nobody activated them in my area, though. In Sanzeno in Val di Non, 700 meters asl, the development of apple orchards is still in the early stages. We registered no damage though I am sure other areas had to turn their systems on," reports Fabrizio Zadra. 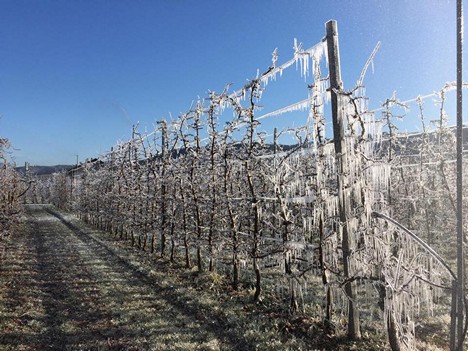 Piemonte
Not many problems were registered in the Saluzzo (CN) area, as the temperature never dropped to a worrying level.