Thailand is hit by the second worst drought in a decade with an estimated loss of around € 755 million in the horticultural sector, mainly due to the reduced cultivation of off-season rice.
In addition, for 32,000 hectares of field crops and fruit trees, a drop in cultivation is anticipated due to the drought. In particular for off-season maize for 2019/20, which accounts for around 15 percent of total corn cultivation.

Current water resources in Thailand are critically low due to the adverse weather conditions in 2019, with precipitation 15 percent below the normal average and 19 percent lower than the level of the previous year (Figure 1 and 2).

The Royal Irrigation Department reported that as of 30 January, 2020, the water supply in large reservoirs totaled 3.8 billion m3, a decrease of 60 percent compared to the same period last year. The government has limited rice irrigation facilities to ensure adequate water supply for domestic use and ecological management until June 2020. 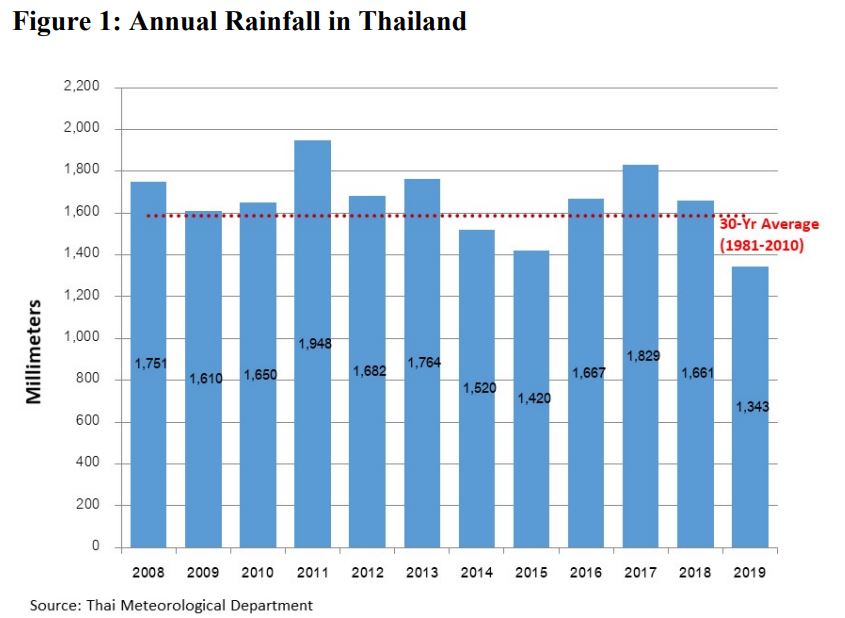 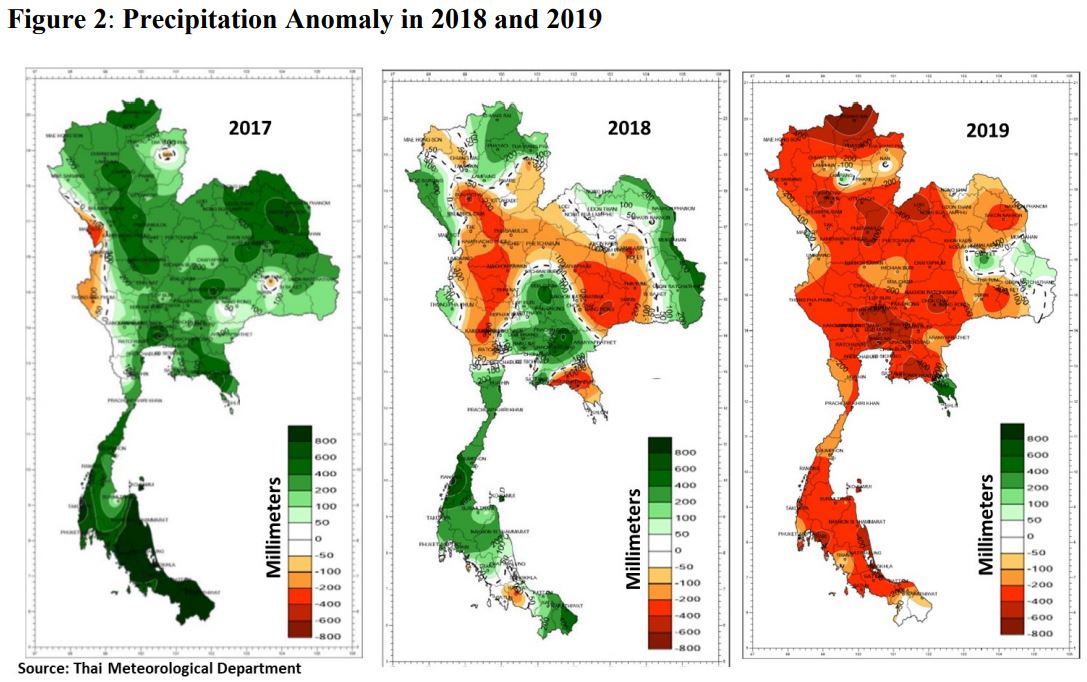 The red color indicates the drought areas, green is where enough rain has fallen

The Ministry of Agriculture and Cooperatives reported that about 0.2 million hectares of horticultural land was affected by drought in September 2019 till January 2020. Which amounts to approximately 18 percent of the total off-season horticultural land. The bulk of the affected area was 2019/20 off-season rice cultivation, which was planted in November 2019. Approximately half of the growers in the affected areas have received financial support from the government for a total amount of 18 million euros.

Source: USDA rapport The Impact of Drought on Agriculture in 2020